Asus has been not-so-subtly teasing a new version of the Padfone, its wild phone / tablet hybrid device, to be launched at this year's MWC. The company's press conference (and presumably official announcement) isn't until this afternoon, but we've spotted a sign in Asus's booth displaying some key specs of the "Padfone Infinity." The device will feature a 5-inch, 1080p LTE phone that will dock inside a 10.1-inch, 1080p tablet. The sign advertises a "sleek aluminum alloy" body "with brushed metal finish," and says the Infinity is running a 1.7GHz Snapdragon S4 Pro processor, the same we've seen in a handful of recent high-profile smartphones. We'll have to wait for more details, but it looks like Asus is taking the Padfone's game up a notch this year.

We also spotted a sign advertising a "Fonepad," which offered far less detail. The sign promises "phone functions," an "HD display," and a "metallic finish," and that's about it. Judging from the impressively unoriginal name, we're thinking Asus may be readying a phablet of its own — in case you don't want a phone and a tablet, maybe the Fonepad will let you split the difference. Either way, we'll be live at Asus's press conference this afternoon to find out more. 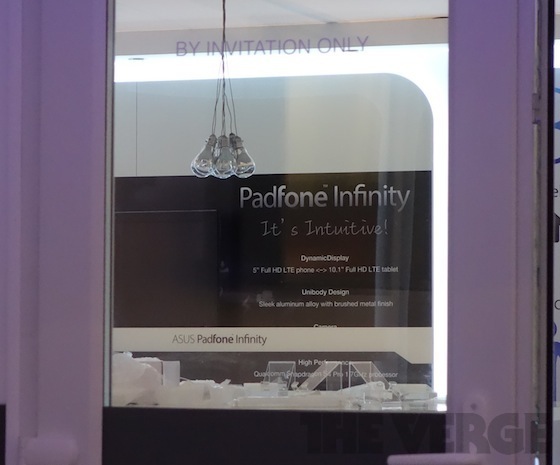 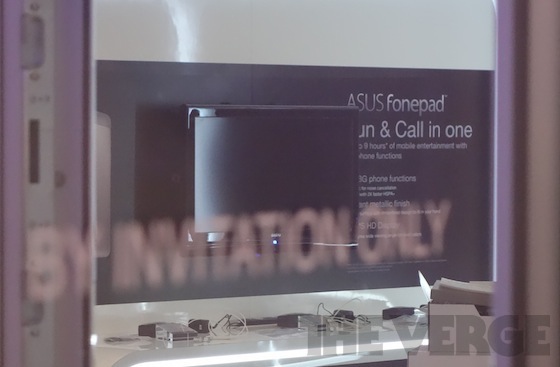 The best of Mobile World Congress 2013