Share All sharing options for: Aereo expands beyond NYC, brings service to parts of New Jersey, Connecticut, and Pennsylvania

Aereo's unique TV streaming solution was already set to expand to 22 new cities this year, and that expansion begins in earnest today. The company just announced service availability for 29 new counties in New York, New Jersey, Connecticut, and Pennsylvania. Aereo now covers the entire New York City metropolitan region, which has a combined total population of 19 million. It's a pretty massive expansion for a service that was previously only available in New York City.

This expansion comes despite continued legal uncertainty surrounding the year-old service — while Aereo's is planning major expansion over the next year, every new city it launches in means more potential losses in court, should the case not go Aereo's way. The case has moved slowly thus far, but we wouldn't be surprised to see it find new life thanks to the huge number of new zip codes the company just added. The company has also kicked off its first advertising campaign, so you might start hearing more about the service if you live in one of the counties listed below. 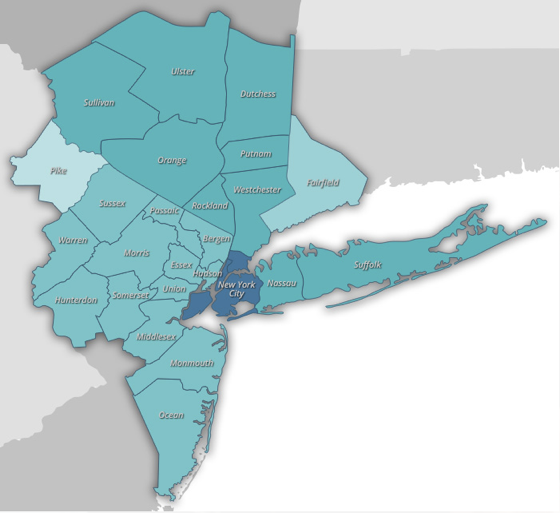