The console war has changed: can the PS4 make gaming easy again?

The console war has changed: can the PS4 make gaming easy again?

Seven years ago, Nintendo made a crazy bet. With the Nintendo Wii, the company decided not to compete with the then-upcoming Xbox 360 and PlayStation 3 when it came to gaming graphics. Instead, Nintendo made the console experience more accessible, and kept the price tag hundreds of dollars cheaper than the competition. The result: record sales, record profits, and an expansion of the gaming audience unlike any in history.

How can Sony impress anyone at a price they'll pay?

With the PlayStation 4, Sony is desperate to pull a similar trick — to redefine what the console means while actually profiting on hardware sales. Only in 2013, that's harder than ever before: every human being who carries a smartphone already has an incredibly easy-to-use miniature game console in their pocket at no added charge. Meanwhile, the gaming PC has gotten so powerful so quickly that it could be exorbitantly expensive for a console to deliver equally stunning graphics today. Boxed in by the PC and the smartphone, how can Sony impress anyone at a price they'll be happy to pay? 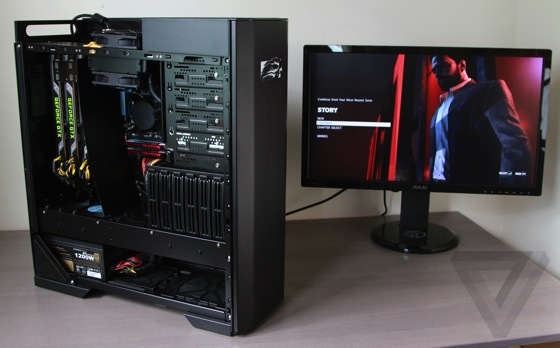 On February 20th, I watched Sony's press conference on a ridiculous gaming PC: a beautiful, audacious, imposing $9,000 Falcon Northwest Mach V with three GeForce GTX Titan graphics cards stuffed inside its towering frame. You see, the very day before Sony's "See the Future" event, Crytek had already shown the future to me: I was borrowing this computer for the launch of Crysis 3. And what a juxtaposition: Nothing Sony showed on stage, tentatively promised for the end of 2013, looked half as good as the game I'd already started playing.

I'll admit it, the Falcon Northwest Mach V is a ridiculous computer, and Crysis 3 is a ridiculous game. Nobody needs to spend $3,000 on three graphics cards, and as much fun as I had sprinting through a dense, foliage-packed minefield while being chased by laser-guided missiles fired from watchtowers in the sky, Crysis 3 is not the be-all, end-all of gaming. I'm also well aware that comparing the PlayStation 4 against a $9,000 computer isn't remotely fair, or even against my $1,000 homebuilt PC that can also play the game at a fair clip.

But watching the PlayStation 4 press conference on that $9,000 PC — using an infinitesimal fraction of its full power — brought me to a realization. Graphical quality isn't the most important differentiator in the next console war. Instead, it's about making gaming on a console as immediate and simple as watching television.

A lot for a working adult to bear

Even with an expensive pre-built gaming PC, with no components to screw in, I still had my work cut out for me. I had to spend hours installing games, updating drivers, patching games, entering CD-keys into annoying DRM authentication mechanisms, tweaking game settings, and even Googling for hacks when my games wouldn't properly display across three monitors simultaneously. I find that kind of thing fun, even rewarding in my career, but it's a lot for a working adult to bear.

And over the course of the last console generation, PC-like frustrations have been creeping in. Previously, you could just pop a cartridge or disc into a console, and play a finished game. The only friction was to occasionally get up from the couch to change games. But with the advent of internet connectivity and local storage, patches and huge game installs became the norm on the modern game console.

The real innovation at Sony's press conference was the promise of a better future: a future where you simply press a button to start playing.

Like a smartphone, the PlayStation 4 will always be on — always ready for action — and it will download updates and even entire games for you automatically in the background. You won't have to wait for those games to download to start playing them.A better future for gaming? And if you're not sure whether you want to buy a game to begin with — and have a solid internet connection — Sony's Gaikai service promises to let you stream a trial of any game, delivering it much like a YouTube video. With more-or-less standard AMD x86 silicon inside, the console should let developers build games more easily than before, and hopefully make the console cheaper — perhaps the most important friction of all.

If reports are correct, Sony's not the only one pursuing simple and cheap. The next Xbox is rumored to have very similar specs to the announced PS4, and make more use of Kinect motion and voice control — reducing the friction of a typical game controller. Of course, Nintendo's Wii U doesn't attempt to push graphics much further than the existing Xbox 360 and PS3, instead attempting to cater to the tablet generation using a touchscreen built into the controller.

For perhaps the first time in any console generation, graphics aren't key. And that makes the gaming PC a last refuge for graphics junkies. 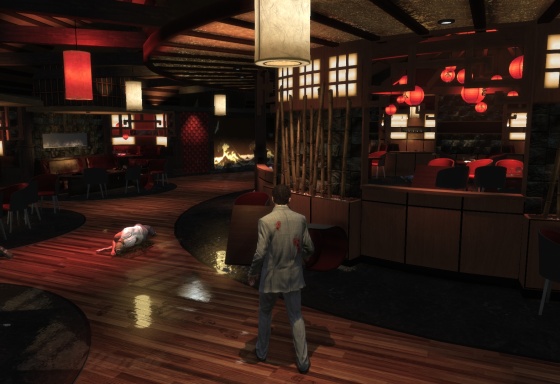 Traditionally, each console generation has leapfrogged anything seen on PC the year before. While F.E.A.R. and Battlefield 2 looked great for 2005, they couldn't compare to the beauty of the PS3's Heavenly Sword. Yet while PS4 titles Killzone: Shadow Fall and Watch Dogs look pretty, they pale in comparison to PC games that you can play today, games like Max Payne 3, Battlefield 3, and of course Crysis 3. No doubt games built for the next generation of consoles will look even better on PC.

And if you've got the money and the patience, PC games can be more immersive, too: my triple-Titan rig was powerful enough to play Crysis 3 across three monitors at an incredible 5760 x 1080 resolution, giving me both tremendous detail and peripheral vision with a wrap-around field of view. With the power of upcoming components, virtual reality headsets like the Oculus Rift could offer even more. And if the PC goes unchallenged long enough, Valve's Steam Box might make your next computer as easy to use as today's game consoles. 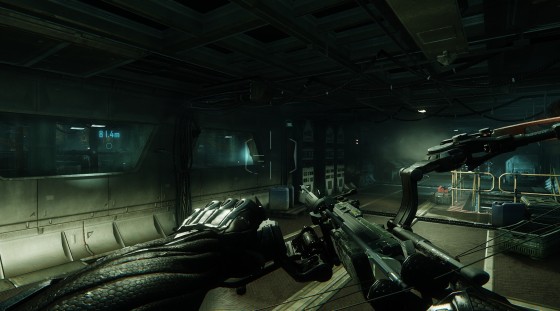 But by the time the PC gets there, our conception of a game console may have changed. If Sony can truly make every single PlayStation 4 game instantly accessible, seamlessly streaming the bits and bytes of code you need to play immediately while you download the rest from the cloud — and add a subscription service on top — there's no reason why the next PlayStation wouldn't be as easy to use as a television. You could go channel surfing, click-click-clicking your way to the game you want, and be playing it the moment you pick up a game controller in earnest.

The games Sony showed off on February 20th didn't wow, but that doesn't mean that Sony can't succeed. The PlayStation 4 could still placate the masses with good-enough graphics, an attractive price, and games that are as easy to play as watching a show on TV. And if Microsoft is smart — leveraging its content partners and cloud infrastructure — the next Xbox will have a similar play.

The pieces are in place.