Laying down roots in Apple's backyard

Samsung is expanding its presence in Silicon Valley, and like Apple, Nvidia, and Facebook before it, the Korean giant wants to make an architectural splash. Inhabitat has renders of the proposed new NBBJ-designed San Jose campus for the company's semiconductor division, which the LA Times reports is part of an effort to help the company become a greater force for innovation. 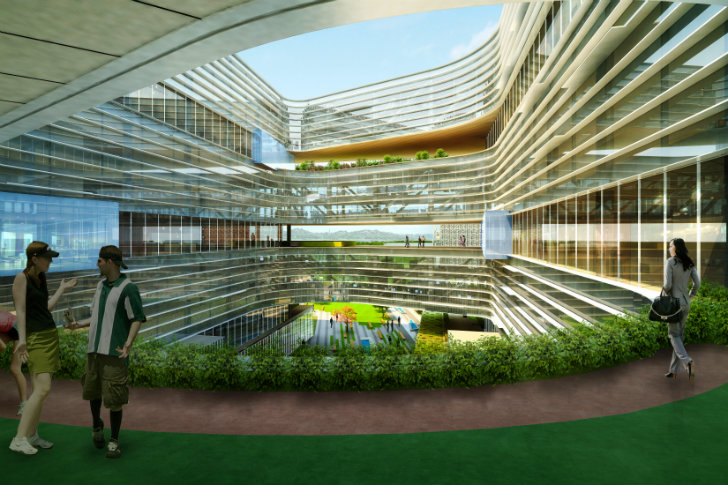 Gov. Jerry Brown of California said that the facility will "place at least 2,500 people in high-skill, high-wage jobs," and it features a open-air design that places gardens on almost every floor. The site will feature sports facilities, cafes, and "collaboration zones," and will cover 1.1 million square feet in total. According to Inhabitat, the white steel and clear glass construction is designed to reduce solar heat gain and boost natural light.

The center will be headed by Samsung's chief strategy officer, Young Sohn, who has spoken before about the company's need to out-innovate its competitors in certain areas. Work is set to start this July, and is expected to take around two years. 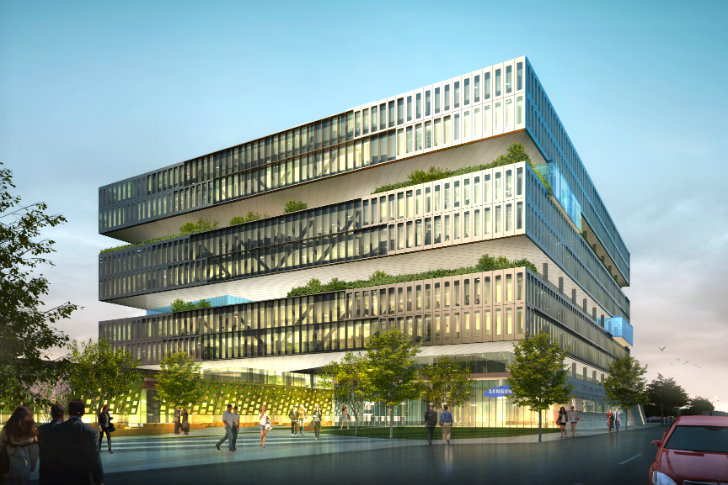