It seems the war between CBS and Dish Network is moving to Twitter. The satellite provider is today accusing CBS of ordering Kaley Cuoco, who stars in The Big Bang Theory (among the network's most popular shows), to remove a sponsored tweet endorsing the Hopper DVR. The tweet was posted yesterday and "earned several thousand clicks" before it was suddenly deleted, according to Dish. Continuing the war of words between both companies, Dish CEO Joe Clayon said, "it’s disappointing that CBS — once the exemplar of editorial independence and innovation — continues to use its heavy hand to hold back progress from consumers." The feud between Dish and CBS came into the public eye last month when the network demanded that technology news site CNET remove the Hopper from its Best of Show awards, citing ongoing litigation between both parties. 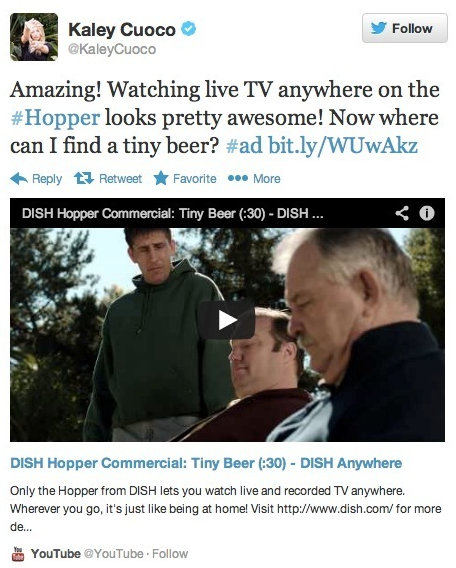