Did you feel that? Half the power at the New Orleans Superdome just went out, and the Super Bowl is on hold. The Superdome's energy provider, Entergy New Orleans, says that the issue is "in the customer's side," but it's not clear yet how that will impact recovery. As ESPN reports, police officials said that too much electricity was being sent to the Superdome, causing a surge. Also speaking to police officials, ABC News reports that there's no obvious sign of foul play. The outage lasted for more than 30 minutes, and is an unusual interruption for an event with such high production values.

Our own David Pierce is on the ground at the Super Bowl, and he tells us that while it's "chaos here," that there's no panic — spectators started doing the wave when the lights went out. He says that things went dark suddenly, and that while many things have power, some are still out of business: including elevators and closed-circuit televisions. 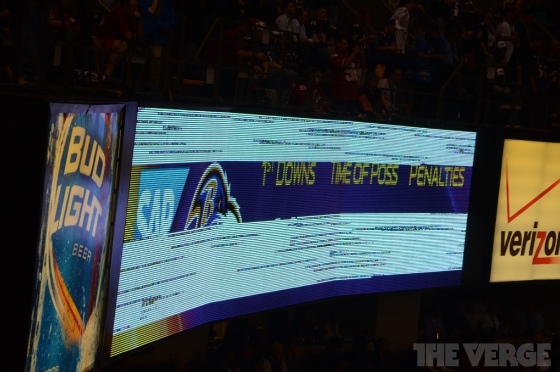 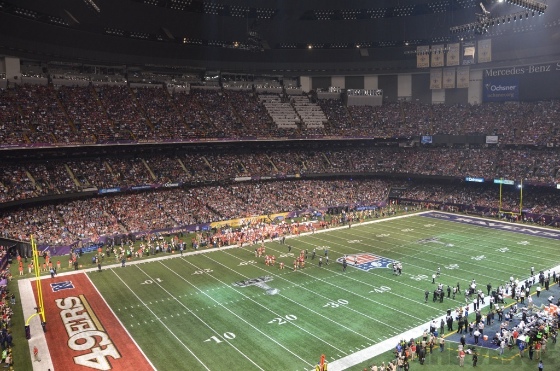 In the meantime, CBS is pushing up some ads and filling in the dead space with commentary. And you can always watch that BlackBerry ad again.

For more on the Super Bowl, you can follow our sister site SB Nation's live coverage of both the blackout and the game.

Update: According to CBS Sports' Will Brinson, the outage was the result of "a piece of equipment that's supposed to monitor electrical load malfunctioned, opened a break, and power was cut off." Power company Entergy provided a bit more information on the outage in a press release.