It's a surreal life, 'At Home with the Furries'

Share All sharing options for: It's a surreal life, 'At Home with the Furries'

Tom Broadbent has spent the past few years photographing "Furries" — people who spend parts of their lives dressed as anthropomorphic animals — away from the confines of conventions and events. He's published his work as At Home with the Furries, a series depicting furries in everyday scenes. The result is a whimsical, fantastic set of images, that plays the furries' spectacular costumes against the stark contrast of some truly mundane settings. 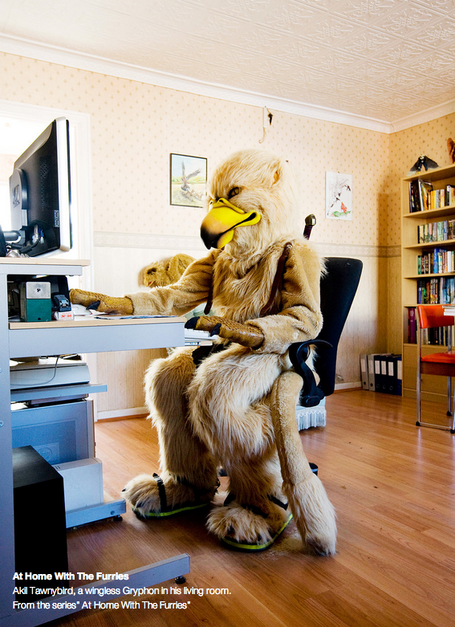