Archaeologists at the University of Leicester announced today that skeletal remains discovered last year are indeed those of King Richard III. Led by Richard Buckley, the researchers arrived at their conclusion after conducting extensive DNA tests over the past year, using samples from the late king's living descendants as benchmarks. In a press conference today, they announced that DNA testing proves Richard III's identity "beyond reasonable doubt," putting an end to the 500-year mystery surrounding the king's death.

The male remains were originally exhumed under a parking lot near where the king was believed to have been buried. The skeleton's curved spine and battle wounds were consistent with historical accounts of Richard III's 1485 death, as was the manner in which the skeleton was buried.

Putting an end to 500 years of mystery

Richard III sat on the English throne for two years between 1483 and 1485, when he was killed during battle at Bosworth. His reign marked the end of the War of Roses and is widely referred to as the final chapter in the medieval era, though his legacy has been most influenced — some would say unfairly — by William Shakespeare, whose historical play cast Richard as one of literature's most notorious, bloodthirsty villains.

Researchers at Leicester used radio carbon dating to confirm that the individual in question died within the 15th century, aged between the late 20s and early 30s — details that align with Richard III's biography. The ten wounds inflicted on the skeleton were also determined to have been received before the man's death, negating any possibility of post-mortem tampering. Its slender build, signs of scoliosis, and battle-related trauma are all "highly consistent" with the circumstances of Richard's life and death, archaeologists said Monday. 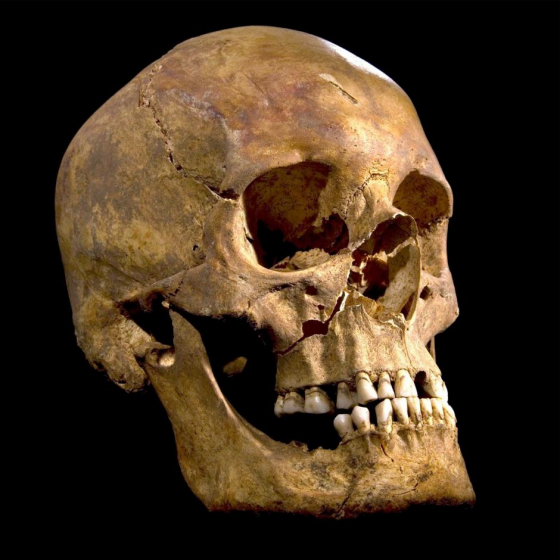 DNA evidence points to the throne

Tests showed that the skeleton's DNA matched samples taken from Michael Ibsen, a Canadian-born carpenter and 17th generation descendent of the king's sister, and another anonymous descendant — providing proof "beyond reasonable doubt" that the remains are in fact King Richard III's.

His skeleton will now be re-interred at Leicester Cathedral, near the Greyfriars site where it was first discovered. The cathedral will also be home to a new monument and tourist center erected in celebration of Richard III, which will be opened in conjunction with the monarch's re-interment.