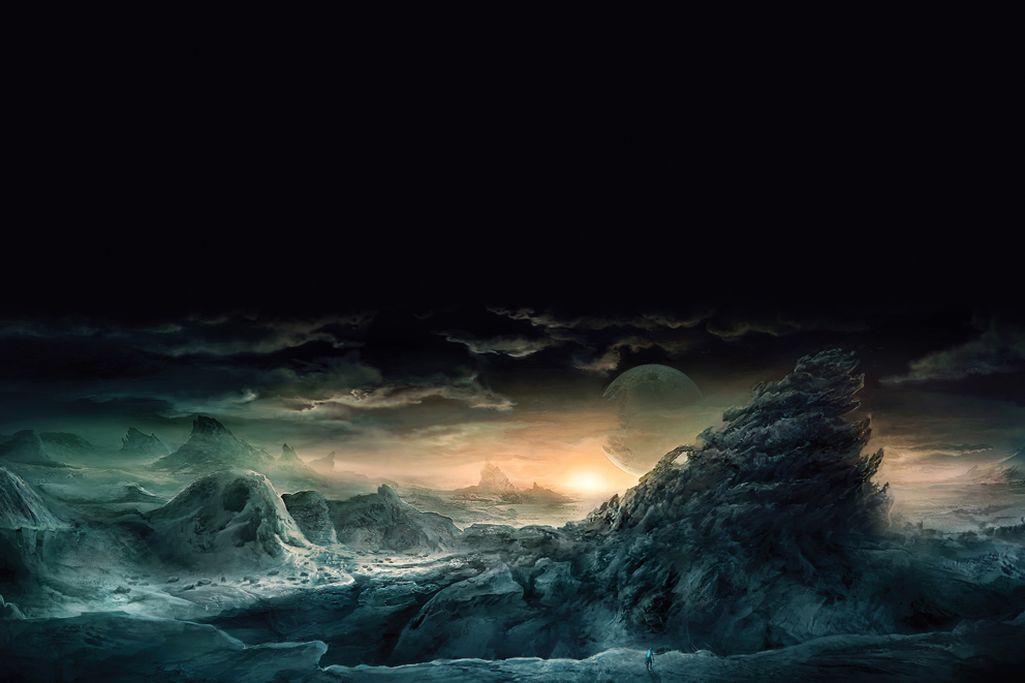 Over the course of two main games and a handful of spin-offs, the Dead Space series has managed to carve out its own unique look amongst sci-fi horror games. From the clunky, distinctive armor and architecture to the terrifying necromorph monsters — think zombies spliced with a Guillermo del Toro horror — you know when you're looking at a Dead Space game. And while Dead Space 3 brings the series to a brand new setting, with the frozen planet Tau Volantis, art director Alex Muscat says that it's still Dead Space at its core. "A big theme in Dead Space is isolation: Isaac usually alone, walking through a tight dark corridor with zombies attacking him from any angle,” he explains. “Tau Volantis is exactly the same. Ever been stranded on a frigid planet with no human life around you? That’s isolation."

Making sure that the game stays in line with the visual style the series has been cultivating since its debut in 2008 is Muscat's job. After serving as an environmental art director on Dead Space 2 — before that he worked in various roles on games like Bioshock 2 and Dark Sector — Muscat took over the artistic reins for the newest entry in the franchise, which involves everything from approving early concepts to tweaking lighting for in-game environments (not to mention making sure the visual style is consistent in media outside of the game). With Dead Space 3, the art team introduced a number of new elements, even if you don't include the snowy, windswept environment. 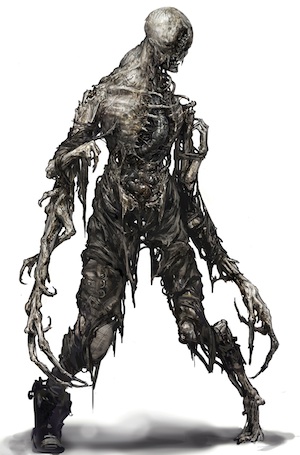 It may be the newest game in the franchise, but Dead Space 3 was also designed in part to look old. "A big part of our game setting now is vintage," says Muscat. Tau Volantis is a planet stuck in time. Due to some spoiler-related events, progress on the planet halted around two centuries before the events of Dead Space 3, and this has as strong impact on its look and feel. Series protagonist Isaac Clarke wears a suit made with leather and fur inspired by classic mountaineers, for instance, as opposed to the sleeker, metallic suit from previous games. The technology you'll encounter on the planet is also significantly dated, with a distinct analog vibe. "Think more CRT monitors, CB radios, Commodore 64 — not iPads, cloud systems, and wireless technology," says Muscat.

This is all important for making the game look and feel different from previous titles, but horror is at the heart of Dead Space, and the key to that is the necromorphs. These terrifying monsters have some new skills this time around — including the ability to sprout piercing legs to take the place of dismembered limbs — but the core idea for designing a frightening necromorph remains the same as always: they have to be relatable. That's because, despite their monstrous appearance, most necromorphs were once human. And that makes them even scarier. "You want to strike emotion in the player directly," says Muscat. "You have to see how that would hurt directly — like having the bone of your arm snap through your flesh and exposed to air. That’s relatable. Everyone can cringe at the thought of their arms snapping like twigs and tearing through their flesh."

The multi-stage process for creating a necromorph starts with an idea — a sketch, or maybe a brief animation — that lives or dies based on feedback from other departments. If an engineer thinks that the design is too complex to actually pull off in-game, for instance, it needs to be tweaked. The same is true if it’s hard to determine just where the limbs could be dismembered. The design is constantly iterated on until it's ready to become a character model, at which point the team can figure out just how well it will work in-game — and that means another set of tweaks and redesigns. "It can take months to iron out a creature in game to work the way we wanted it too and make us happy."

Cold weather and limb-growing necromorphs aren't the only things players have to worry about in Dead Space 3, as the game also introduces a new kind of enemy: humans. Soldiers for the series' Scientology-esque religion Unitology will take the fight to Isaac as he explores the frozen planet, adding a new wrinkle to the familiar limb-slicing Dead Space formula. And designing a human enemy that isn't a reanimated corpse is also a much different process, with much different influences. "We took inspiration from present day rebels, marauders, and militia. They have this design hybrid of a makeshift military faction, spliced in with religious insignias all over their body armor," says Muscat. "Their look sells exactly what we want you to think when you see them."

The new setting and enemies help expand upon the design philosophy the Dead Space team has been building since the launch of the first entry in the series. And all of this is detailed in The Art of Dead Space hardcover from Titan Books (the same publisher behind Awakening: The Art of Halo 4), which spans the entire franchise and launches today alongside Dead Space 3. It provides a deeper look into everything from spaceship designs to iconography to how the series settled on the "ribbed" visual motif that's apparent in everything from architecture to Isaac's non-mountaineering suits. (Not only does the ribbing look cool, but it also helps create more textured shadows — perfect for a game with plenty of dark corridors to wander through.) In the case of Dead Space 3, the game may add to these ideas, but it doesn't change them. The presence of more open, outdoor locations doesn't mean there aren't plenty of claustrophobic moments as well.

"We may be selling a different environment," explains Muscat, "but we use the same Dead Space themes at the core." 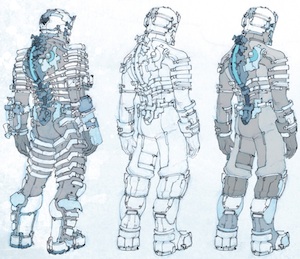 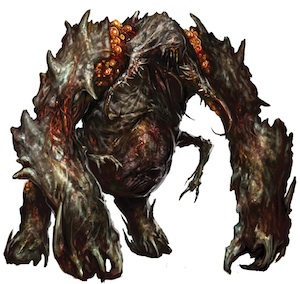