Against all odds, 'Community' returns for a fourth season tonight

It's been a tumultuous nine months for the gang from Greendale

Share All sharing options for: Against all odds, 'Community' returns for a fourth season tonight

It's been nearly a year since NBC aired a new Community episode, but that's all about to change — the improbable fourth season of the critically-acclaimed comedy (that remains low in the ratings) kicks off tonight on NBC at 8PM ET. While the television business isn't exactly known for its stability, the events surrounding the cast and crew of Community leading up to tonight's premiere could probably stand as a dramatic mini-series of their own.

Just one day after the finale of Community's third season aired, and a few days after the show was renewed for another year, show creator Dan Harmon was unceremoniously dumped by Sony Pictures Television. It was a move that prompted immediate backlash from Community's passionate fanbase, particularly once Harmon took to the internet to tell his side of the story. Perhaps the biggest point of contention was how NBC and Sony tried to spin the dismissal by saying that Harmon would stay on in what essentially amounted to a figurehead position with no actual creative power. Given Harmon's much-publicized need for control, it was clear this idea wouldn't ever work out, and Harmon said as much in a blog post. "If I actually chose to go to the office, I wouldn't have any power there," Harmon wrote. "Nobody would have to do anything I said, ever."

While Harmon's departure was a disappointment for fans, he isn't the only major creative force that Community may miss going forward. Immediately after Harmon's dismissal, writer Chris McKenna also left NBC; he now writes for Fox's The Mindy Project. McKenna was the only writer left from Community's first season, and was known for writing some of the show's best episodes, including the Emmy- and Hugo-nominated "Remedial Chaos Theory." Adding insult to injury, Dino Stamatopolous (perhaps better known to Community fans as Starburns) also packed it in to show solidarity with his friend and business partner Harmon. Beyond his role as Starburns, Stamatopolous wrote a number of episodes for the series, including the positively brilliant claymation Christmas episode from season two — it's the kind of contribution that won't be easy to replace. With Community fully behind him, Stamatopolous is now working again with Harmon on Charlie Kaufman's first animated film, Anomalisa.

Despite the creative turmoil, the show was set to come back this past fall. It's not exactly unusual for showrunners or writers to move on after a few years — this particular change just happened to be a bit more public and a bit more acrimonious than most. However, NBC once again demonstrated its unwavering commitment to the Greendale crew by postponing the show's planned October 19th premiere until February 7th — not exactly a huge vote of confidence for the show's future. NBC at least saved the show from the unenviable Friday night timeslot it was planning on running the fourth season in; the delay let the network keep Community in its original Thursday night slot.

"While this move seems illogical, just trust us."

And even with new showrunners Moses Port and David Guarascio in place, the filming of season four has had its own share of drama. Writer Megan Ganz became the latest to jump ship — she announced on January 3rd that she was heading to ABC's Modern Family. Much like McKenna before her, Ganz was looked at as one of the defining voices of Community (she was the writer behind "Intermediate Documentary Filmmaking," another series highlight) and as one of the last great hopes for the show following the summer's shakeup. While Ganz stuck around for season four, the departure of yet another Community veteran doesn't say a lot about the new regime (though she was entirely complimentary in her departure letter). 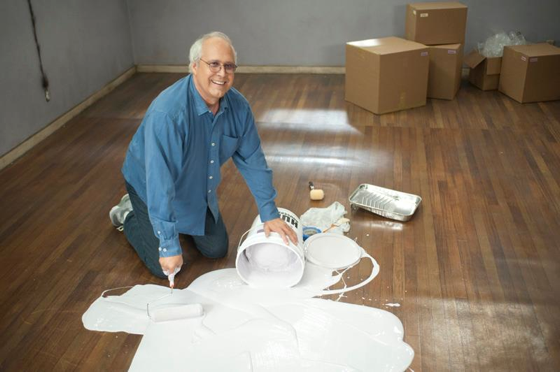 And one can't talk about Community drama without mentioning oft-disruptive actor Chevy Chase. Chase and Harmon publicly feuded over the show multiple times, but the cantankerous actor wasn't even happy under the new management. With only a few episodes in season four left to film, Chase abruptly announced that he had left the show in a mutual agreement between himself and NBC. While it appears the writers have figured out a way to integrate his departure into the storyline (no surprise given that Chase's departure has seemed inevitable for years now), it's just another example of how tenuous life at Greendale has been for the last nine months.

At the end of the day, it'll be up to Port and Guarascio to guide the show through this tempest, and so far it seems the pair has largely flown under the radar. Aside from an appearance at Comic-Con in July, we haven't heard much publicly from the new leaders of Community, and their previous work hasn't been quite so high-profile or closely-tracked as their new gig (Guarascio and Port were executive producers for two years on Just Shoot Me, and more recently on Happy Endings).

"We're going to check our ego at the door."

However, an interview with Alan Sepinwall of Hitfix this past October revealed a pair of guys who appeared to have a serious, intense respect for Harmon's work, as well as the show in general — and it sounds like they aren't looking to change what made Community successful. "When we came in, we made the conscious decision that we're going to check our ego at the door," Port said. And while admitting that change is inevitable, regardless of who is running the show, Guarascio said that "we can keep the spirit of the television show alive." 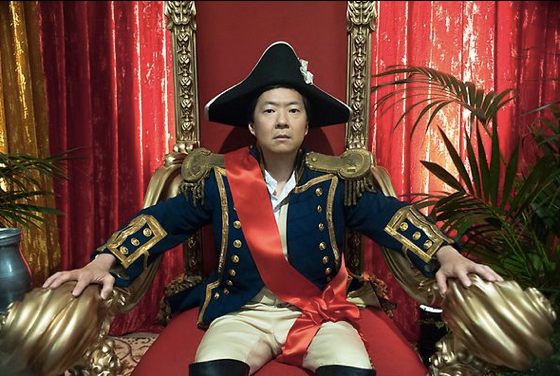 Four months later, it looks like that same positive spirit is still alive — in a new interview with Sepinwall just published ahead of tonight's premiere, Guarascio called the experience of making season four "great and just as much fun as we'd hoped it would be." And while fans may feel a strong sense of loyalty to Harmon, it's hard not to root for Guarascio and Port — after all, if Community is going to make it to six seasons and a movie, it'll be on their backs.

Update: We're certainly glad to see Community back on the air, but if the New York Times is to be believed, Dan Harmon's taken the show's appeal with him. Mike Hale savages the new show, calling it "dumbed down, its humor broadened past recognition" and noting that the first two episodes "have fewer laughs between them than a single good scene from the old 'Community.'" We'll decide for ourselves tonight, but suddenly six seasons and a movie don't sound so appealing.