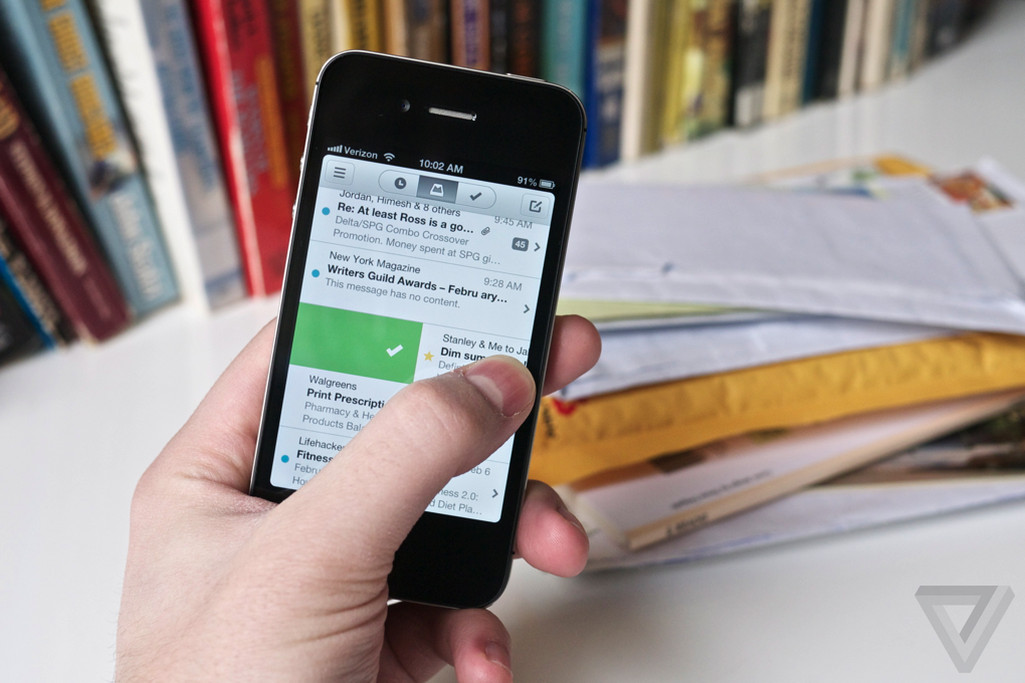 Gentry Underwood had a feeling that his startup might be making some users depressed. Orchestra was Apple’s Productivity App of the Year 2011, but users were leaving after a few months using the service. “When you start using a to-do app you say ‘I’m going to put everything in here, and I’m going to be the happiest person in the world,’” Underwood says, “but nobody ever finishes everything that’s on their list. It becomes a nagging sense of failure.” An idea grew in his mind — the “euphoric inbox,” as he calls it. He and his team would use the idea to revive Orchestra — to turn it into the first to-do app that actually makes you feel good. They instead ended up building Mailbox, a new iPhone mail app launching for free on the App Store today. While Orchestra might have changed the way you manage tasks, Mailbox ends up changing something far bigger: the way you communicate with friends, family, and coworkers every day.

A formula for getting things done

Months before Mailbox was even a figment of Gentry Underwood’s imagination, he set out to fix Orchestra. He and his team first looked to David Allen’s famous GTD process, a methodology for "getting things done" built on a disciplined adherence to a strict set of rules. "With GTD you replace a latent anxiety with a real peace of mind around doing, delegating, deferring, or dropping tasks," Underwood says. But GTD doesn’t work for many people because it requires training yourself to "develop hygienes," — new skills that revolve around repeatedly checking task folders like Tomorrow, This Week, Next Week, and Someday. Forcing users to become "GTD ninjas" (as they’re called) couldn’t fix his to-do startup.

Underwood and company soon discovered that Orchestra users were forwarding tons of emails to the service and turning them into tasks. "It takes 20 button presses to do it," he says. "How can we get all these tasks trapped in the inbox into Orchestra more quickly?" Yet Orchestra was created to destroy email between coworkers — not amplify it. "We started Orchestra on the premise that email was a terrible to-do list," Underwood says. "Maybe if we could build a to-do list that had communication powers built in, people would stop sending each other emails and start sending tasks instead," he thought. Despite the Orchestra team's ambitions, email isn’t going anywhere. "We had made a fundamental error in our initial strategy," he says as he recalls thinking about dumping all his email into Orchestra and seeing what happened. "If we really pushed on that idea, we’d be building an email client," Underwood says, "and who in the right mind would build an email client?" 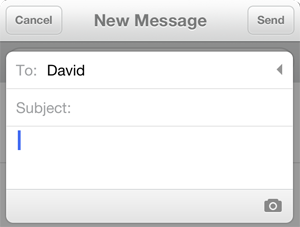 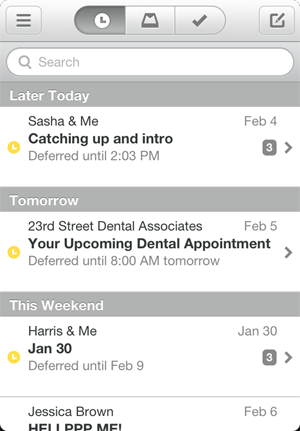 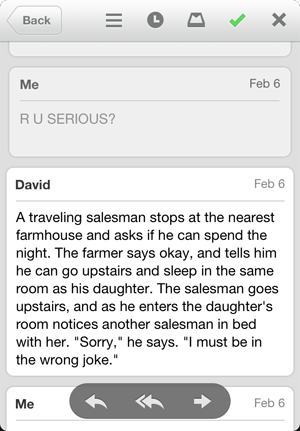 Out of the ashes

"Going after email is a road paved in corpses," Underwood’s investors told him. "It’s not a space you go after as a little startup," they affirmed. There are hardly any third-party email apps out there, and it’s for a reason. So naturally, Underwood and co shifted their focus away from Orchestra and towards a new idea called Mailbox. "While it might be a road paved with corpses, we were sitting at this place in history where there was a massive opportunity," he says. The top priority was not to solve or destroy email, but to figure out how to make email better on mobile.

He asked his team, "What are people trying to do with email? What are the goals?" They started with Apple’s Mail app for iPhone, which people were already familiar with, and injected elements of to-do apps he liked, since increasingly people are using their inboxes as to-do lists. The point was to create an experience that was distinctly mobile — an app that would let you take meaningful action while you’re in line at Starbucks.

Mailbox needed to intelligently display emails so you can parse and deal with them as quickly as possible. Most email apps require two or three taps to archive an email — perhaps the most common action you take on emails while you’re mobile — but Mailbox only requires one: a swipe to the side. "Our biggest a-ha moment was when we realized that the primary use case of email on the phone is triage," Underwood says. Mailbox takes the reality of people using their inboxes as to-do lists and and builds on what Mail and Sparrow did right (push notifications and nicely threaded messages, respectively). 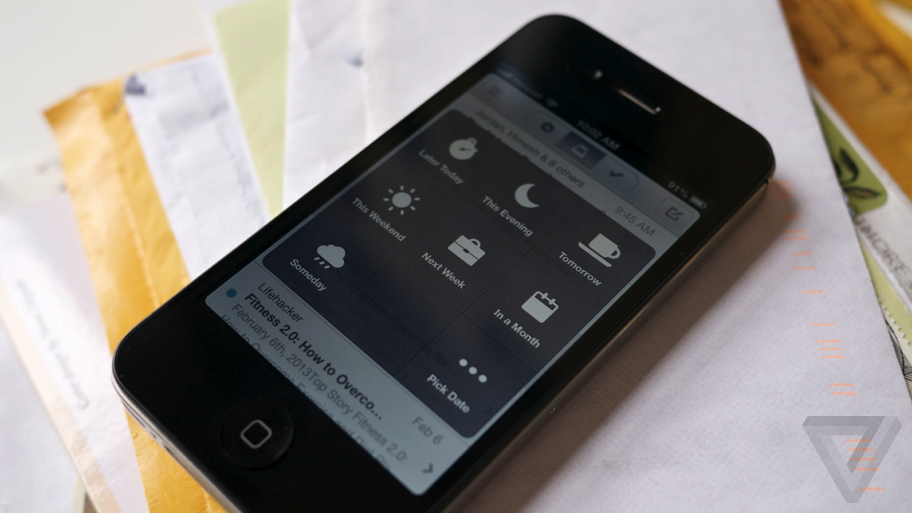 To conserve space, Mailbox turns email conversations into SMS-like bubbles, which lets you quickly fly through an entire email chain. Once you’ve read a message, it shrinks in size so skimming threads is a snap. "Email will feel more and more like chat, and we’ll continue to iterate towards that," Underwood says.

Mailbox introduces a few other gestures, such as a swipe to the left that lets you "snooze" a message to be reminded about later. You can choose between a few snooze options: Later Today, This Evening, Tomorrow, This Weekend, Next Week, In a Month, and Someday (sound familiar?). Several of which are customizable, and you can also pin down a date and time more specifically. Emails you’ve marked for later stay in a Gmail label titled "Later," which Mailbox servers fetch and serve back to you at the right time whether you’re using the app or Gmail on the web, a la Boomerang. Another gesture is swipe from left to the screen’s right edge to delete a message, and swipe from right to the screen’s left edge to label a message.

After a couple of months testing the app, my inbox was a lot cleaner for one reason: people leave emails they don’t need today in their inbox. These emails are both mentally and visually taxing, disabling you from identifying what needs to be addressed today. The app helps you easily take those emails and store them until the right moment. In effect, the app lets you quickly surf your inbox, archive emails that aren’t relevant, quickly respond to those that are, and defer emails with less clear due dates. 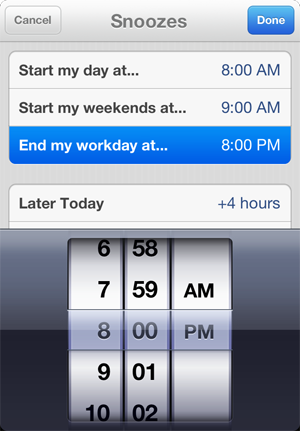 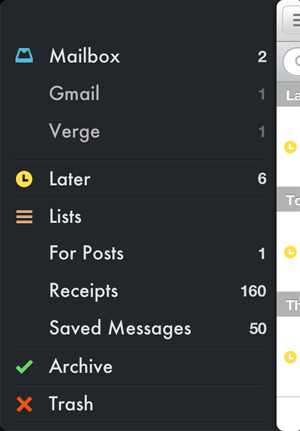 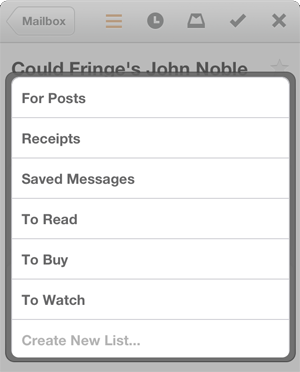 Aside from its GTD-inspired features, Mailbox is much faster than Apple Mail, Sparrow, and especially Gmail for iOS at fetching and sending emails. Unlike most email clients, Mailbox servers check your email accounts and securely compress emails in advance before pushing them down to you. "The problem with third-party mail clients on iOS is that they only get access to your [internet connection] while they’re running," Underwood says. "If you’re creating a mail client and want to use IMAP, you have to initiate that laborious connection every time users launch the app." Not only that, but Mailbox scrapes away every part of a message except its body text, which greatly diminishes the size of an email. "If you open some email, 10 percent is relevant to you," Underwood says. "We separate the wheat from the chaff, pull out what matters, and leave the rest on Gmail." Combining intelligent scraping with compressing messages means that pushing dozens of emails to you only uses an SMS-like amount of data, Underwood claims.

But Mailbox’s scraping algorithm isn’t perfect. It only works in English so far, since Mailbox servers use cues like "On Wed, Feb 6, 2013 at 12:02 PM, Thomas Houston wrote:" as signs to cut anything afterwards. The scraping engine also fails sometimes, since every mail client and service sends messages a little bit different. Aside from adding more languages, Underwood has big aspirations for the way Mailbox displays emails. "We should be able to detect more and more over time what the valuable content of an email is," he says. "If it’s a receipt, why not make it look like receipt, and if it’s a tracking shipment from UPS, we can display it as such and keep it up to date. We can get smarter and better because we have this opportunity ahead of when your phone gets a message to do the heavy lifting (server-side)."

Processing hundreds of thousands of emails per day is an enormous task, and means that if you download the app today, you’ll likely see a number representing your place on the waitlist to get in. "There’s no fail whale for email," Underwood says. ‘We need to stay up. It’s a big responsibility, and it keeps us up at night." If you multiply an initial 10,000 users by an average of 100 messages per person per day, and then multiply that number by the amount of activities required for an email to reach your phone, you’re approaching ten million activities on the system per day, Underwood says. So far, 250,000 people are in line to use Mailbox. "These are some serious data challenges," Underwood says. "Nobody knows how long it will take to get everybody in, but it will look like an exponential curve."

Having Mailbox process your emails sounds scary, and Underwood and his team understand that. "At the highest level, our interests are very much aligned with the people whose mail we’re checking," Underwood says. "If you have a privacy issue, that’s a major downer for you as an individual." Mailbox uses the same OAuth2 authentication protocols apps like Sanebox and Boomerang use to check Gmail without ever storing a copy of your password. "We’ve gone to Google and asked if we’re doing everything by the book, and we are," he says, "but just like Google, we are susceptible to hacking." The company has done everything it can to keep servers highly encrypted and safe. "Nobody on our team can read your emails," Underwood says. 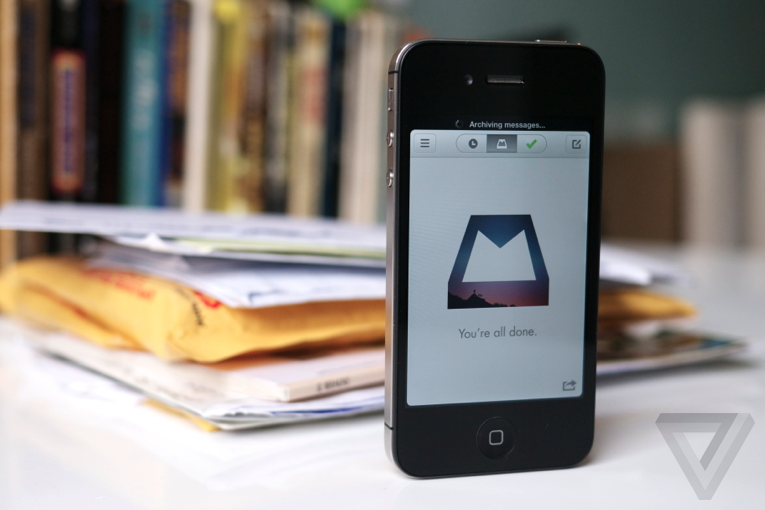 Mailbox is a revelation in simple, decisive, and logical design, but it eschews some conventional Gmail power features in favor of expedience. Labels (which many Gmail users rely on) play only a very small role in the app, and there’s no color-coding to speak of. "It’s a design decision to keep the noise level down," Underwood says, "because for the most part labels are overused in Gmail — time people spend filing things they don’t get back. While that feels nice in the moment, it’s actually counterproductive." Mailbox also doesn’t include muting, selecting multiple emails at once, or marking emails as spam, which could be deal-breaker features for many Gmail power users. "It’s a constant battle of avoiding feature creep," Underwood says. "We need to design a system that helps people be as fast as possible."

Mailbox also has no companion desktop app or service, unlike Gmail and Sparrow — its two most relevant competitors. It’s a pain to have to occasionally open your phone to defer something a week, but not for long. Desktop, tablet, and Android apps, as well as support for other services like iCloud are all in the pipeline, Underwood says, and until then, doing things the Mailbox way might not be worth it for some. Setting the app aside, Mailbox’s underlying theory about managing email might not be right for some people — since it positions Inbox Zero as a reward. When you reach "inbox zero," the app congratulates you with a beautiful, often tranquil Instagram picture chosen by the Mailbox team. "We tried to build in a little dopamine hit when you get to zero," Underwood says. "Like a Cracker Jack box, there’s just a little bit of something delightful sitting there every time."

Like with the GTD method, it’s easy to trap yourself in deferring everything for later and not doing anything now in order to claim your reward: a fresh clean "empty inbox" feeling. But fortunately, Mailbox makes GTD a lot less tiring, since it pops emails back into your inbox when you need them. In this way, the app can help you narrow down what you have to do today, and pick times to work on other things. "The whole name of the game is focus," Underwood says, referring to both building and using Mailbox. "You not only need the passion and love to nail something, but also the focus to bite off a little bit at a time."