Taxi race: can Uber and Hailo deliver a real-time revolution?

Taxi race: can Uber and Hailo deliver a real-time revolution?

Silicon Valley thinks taxi apps will be the next megabrands

Naval Ravikant is the cofounder of the startup network AngelList and a small investor in Uber, the app that lets you order a car service or taxi from your phone. He uses Uber X to get to work, Flywheel for long trips to the outer part of San Francisco, Lyft for short hops, and Uber Black for groups and special occasions. He’s selling his cars, he told The Verge.

Each of these companies has a slightly different take, and not all will survive. But these apps could double or triple the size of the market for taxi and car services, Ravikant estimates. He did the math and found that between gas, garages, insurance, and the cost of the car, he could actually save money by using a combination of the smorgasbord of taxi apps available in San Francisco — and he can sit in the back seat on his phone instead of having to drive.

Taxi apps have become the hottest thing in tech

Taxi apps have become the hottest thing in tech. You may not have noticed it unless you live in the Bay area or immerse yourself in industry news, but there is an extraordinary momentum around apps for ordering rides. "It is literally the hot topic among investors and entrepreneurs," Ravikant said.

Hailo just raised $30 million from investors, bringing its total funding to around $50 million. Uber, the most well-known taxi app, just started signing up ordinary citizens so they can use their cars as cabs. A Danish company called Click A Taxi announced today that it is launching globally all at once, claiming to cover a billion people. "Our promise is that we aim to get a taxi wherever the user is," cofounder Nikolaj Køster said in an email. "if you're chilling in Puerto Banus in the south of Spain and pull out the app and click — you will be picked up."

"if you're chilling in Puerto Banus in the south of Spain and pull out the app and click — you will be picked up."

For founders and investors who didn’t get in on the taxi app craze in time, there’s a secondary genre: Uber for groceries, Uber for wine, Uber for dog walking, Uber for car washes (defunct), and so on. The last company that shook an industry this profoundly was travel rental service Airbnb, but the Uber model is poised to be even bigger — or at least, that’s what investors tell us.

Silicon Valley has the tendency to gang up on any new idea that seems good, but the heat around taxi apps seems... uncalled for, especially considering that it’s not a particularly easy business to go into. The industry is heavily regulated, which has caused obstacles, and it’s a shrinking business. According to the research firm IBIS World, the taxi and car industry was growing at four to five percent before the recession, but has been shrinking by one percent every year since.

"The transit market is the last bastion of really hardcore inefficiency in the modern world," said Jay Bregman, cofounder of Hailo, which found in a survey that drivers spend 40 to 60 percent of their shifts with empty cabs. "These are unbelievably large markets that have massive 50 percent plus inefficiency, and these problems could not have been solved before today."

"The transit market is the last bastion of really hardcore inefficiency."

That inefficiency — drivers cruising for passengers, and riders looking for cabs — is basically money left on the table. Hailo has brought in more than $100 million in revenue in just over a year, Bregman said. Investors believe Uber will be a one billion or even five billion dollar company.

"The industry is absolutely very large and very sexy," said Matthew Kochman, an early employee at Uber who left to do consulting and entrepreneurship. "They’re actual businesses, unlike some other things like consumer-facing social apps like Instagram that are sexy for the weird reasons that I don’t personally understand."

Taxi apps can also scale quickly by converting the existing network of dispatchers and drivers, which is why the companies are racing to new cities around the globe.

New life for an old industry

The taxi and car service industry, at least in the US, is pretty analog. Drivers are still struggling to adopt a widely available device that would seem to be the most obvious thing a taxi driver could do to improve his or her life. "GPS," said Lauren Setar, transportation industry analyst at research firm IBIS World, when asked about technology trends in the industry. "More and more taxi drivers are using it." 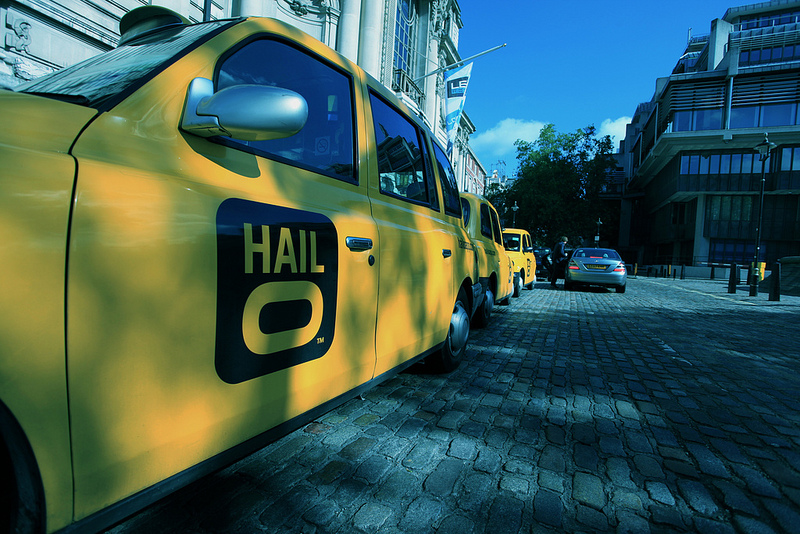 The way Uber and most of its competitors work is by giving drivers phones that serve as a dispatcher and a GPS, alerting the driver when a passenger needs a ride and automatically guiding the way. The passenger has downloaded the app and already inputted his or her credit card information, so there is no need to take out their wallet. At the end of the transaction, either one or both parties can leave each other reviews.

While the industry may be suffering here, it is still a huge market. The taxi and car service industry in the US is estimated at $5 billion in annual revenue. Tokyo’s alone is around $25 billion. Apps also present possibilities beyond mere transit, including selling things in the cab, location-based advertising, and coordinating other person-to-person transactions in real-time.

But there’s something else going on here. Taxi apps give us a glimpse of a future in which everything is real-time — imagine attaching a moving dot on a map to every pizza delivery driver and FedEx package. 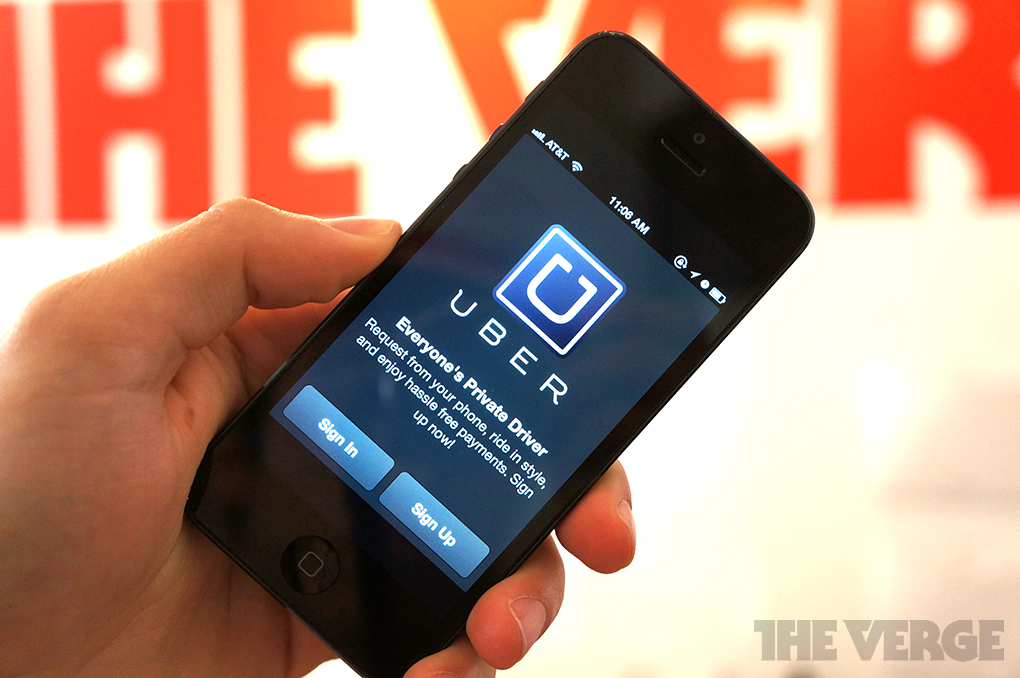 Uber and its ilk also achieved a level of mobile immediacy that other startups have been trying desperately to capture — consider all the failed real-time Craigslist ripoffs that failed to take off. There are only two examples of success with matching people together for a real life transaction in real time: taxi apps, and Grindr, the hookup app for gay men. Only one of those (we hope) involves cash.

If you believe people like Bregman, taxi apps are the foundation for a revolution in convenience. Car ownership becomes passé, and you’ll be able to buy anything on your phone and watch it travel to you in real time.

In this scenario, taxi apps are poised to become the next titans of industry

In this scenario, taxi apps are poised to become the next titans of industry simply because they have your credit card information on your phone. Right now, it’s a land grab for cities as the companies spend millions to sign up drivers and advertise the service. But eventually the arms race will die down and a winner will emerge in each market, and then the startups can expand to mobile commerce and other tangential businesses.

Hailo will eventually be "more like Virgin than Virgin America," Bregman said, referring to the megabrand that started with a record shop and now spans everything from telecom to space travel. (Richard Branson, Virgin's founder, is an investor in Hailo.) "I don’t know where this is going to go and how far this is going to go," he continued. "But everyone knows that this is the future."