Share All sharing options for: 4chan creator Chris Poole draws a future where anyone can make art

4chan creator Chris "moot" Poole spent two years building and refining Canvas, a family-friendly version of the massively successful 4chan, when he realized something was off. "90 percent of our users didn’t feel like they were at the level where they could make stuff on Canvas," Poole says. Whereas 4chan engagement stemmed from a very organic virality, Canvas’s "remix" culture perhaps felt a little forced.

Poole and his team spent hours revamping Canvas’s image editor in order to make remixing images simpler, but it didn’t work. Most Canvas users were spectators, he discovered — voting on posts but never contributing things of their own. "What we learned is that ‘I can’t remix’ had a lot to do with people themselves not feeling creative or artistic," Poole says. Shortly after, he began work on DrawQuest, an iPad app that he claims can make anyone feel artistic again. DrawQuest is part DrawSomething, part community collaging app Mixel, and launches today for free on the App Store. 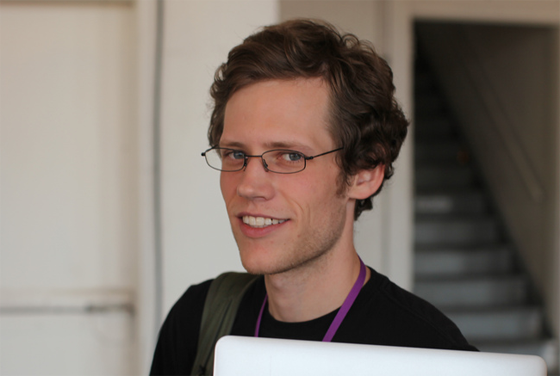 Once Poole got thinking, he recalled days at school where everyone was forced to share their homework in class. Witnessing the horrific dragons and portraits friends came up with in art class was hilarious, but for many of us, art class was the last time we drew anything. "One of the scariest things you can place in front of an adult is a blank sheet of paper and a pencil," Poole says. "It’s like you’re pointing a gun at them. ‘Sorry, I don’t draw, I don’t write, I don’t origami,’ they’ll say." Providing users with a form of contraints, Poole says, can be a catalyst for creativity, yet Canvas didn’t provide enough of a push. "I carried a DSLR camera in my backpack for a year, and I only took like five photos with it," he says, "but if a high school photo teacher had said ‘Go take ten photos of traffic,’ I’m going to be constantly looking around and thinking about what is there to do."

DrawQuest provides a daily drawing prompt delivered via push notification — like the outline of a superhero, or a kid on the beach — and you’re tasked with drawing a super logo and picking colors for a cape. The next day, you might draw a shark, octopus, or swamp monster in the ocean. The app has brushes and a selection of colors you can use that disappear off the screen when you start drawing. DrawQuest’s visual aesthetic is admittedly cartoony, and isn’t striving for realism or what Poole calls "high art." And DrawQuest isn't in the productivity section, like most other drawing apps. "They’re tools," he says as he laughs.

DrawQuest, on the other hand, has much more in common with DrawSomething or Scribblenauts. DrawSomething and even SnapChat have proven that drawing with friends is addictive, and that people have a yearning for casual artistic expression. But unlike with the aforementioned two apps, DrawQuest has a greater sense of permanence — drawings fill up your profile, much like how Instagram pictures fill up your user profile. You can follow friends, check out new prompts, and earn coins each time you draw to purchase new color palettes to play with. If you’re impatient, you can purchase coins as in-app purchases. One of the app's best features is instant replay — the ability to watch videos of friends drawing.

"We really want to solve for why people think of creativity as a bit."

DrawQuest is fun, but limited in scope. Its color palettes are not beautiful, and its brushes are not as silky smooth as Paper's. The app is meant for large audiences, and doesn’t let you post anonymously like you can on 4chan or Canvas. "There’s no concept of winning," Poole says. "We want you to have fun with this." Poole plans to focus most of his time on DrawQuest, in part because he too feels oppressed by a world trying to remove art from school and herd eager students towards the maths and sciences. He referred to a TED talk where English author Ken Robinson said "we are educating people out of their creative capacities." Poole says, "We really want to solve for why people think of creativity as a bit: 1 or 0 — that you have it or you don’t. Creativity is a spectrum, and a muscle you have to exercise."