The Chromebook Pixel may be a hoax, but it's the laptop Google needs to build

Share All sharing options for: The Chromebook Pixel may be a hoax, but it's the laptop Google needs to build

On Wednesday, a video depicting a Google-designed Chromebook made its way around the internet. The "Chromebook Pixel" shown in the clip is a beautiful computer, with a 2560 x 1700 display and a MacBook-like design — it's very much like something I’d hope Google would design to show off Chrome OS. I immediately wanted one.

Unfortunately, the Chromebook Pixel probably isn’t real — all the evidence points that way — but it should be. And if Google’s serious about the future and viability of Chrome OS, it needs to design and sell something just like it.

If Chrome OS is ever going to have a moment, a chance to compete with Windows and OS X instead of being relegated to the same class as various Linux distros, it’s right now. The Mac market will forever be limited to higher-end, more expensive computers, and a lot of customers are wary of Windows 8's new paradigm and learning curve. Chrome OS hasn't yet achieved parity with its desktop competitors — printing is still a mess, for instance — but it has an understandable, simple, usable interface, and has matured to the point where it’s stable and capable enough for most users.

For some users, it might even be the ideal operating system. Plenty of people don’t need Photoshop, or Steam, or Omnifocus — they just need a way to check their email, surf the internet, stream Netflix, and maybe occasionally get some work done. Others might need those things at work, but would rather have a simple machine with all-day battery life when they’re traveling. Even if you don't use Google products (but especially if you do), Chrome OS is easily the best desktop OS for those people — it’s the most stable browser I’ve used on any platform, and there are no frills or extraneous details to the OS. If my grandmother had a Chromebook, I’d get far fewer phone calls asking where she clicks to get to the internet. Click anything, Grandma, it’s all the internet. 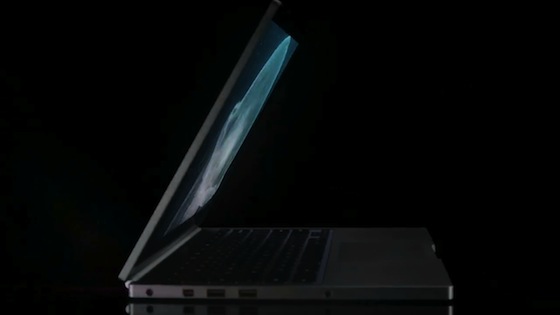 The only thing Chrome OS is missing is the hardware. Even as big brands like Lenovo, HP, and Samsung have released products running Google’s OS, they’ve hedged their bets at every turn. Lenovo’s ThinkPad X131e Chromebook is a re-branded version of one of the company’s lowest-end laptops, Acer’s C7 Chromebook is as ugly a laptop as you’ll find at any price, and HP’s Pavilion Chromebook is fat and low-powered from a company that’s trying to bet on quality. Even Samsung’s Series 3 Chromebook, easily the best in its breed, is underpowered and made of a creaky, unpleasant plastic.

Who said Chromebooks have to be cheap?

That’s been the Chromebook formula since the beginning: a cheap computer with a cheap price tag. Why? Chrome OS has evolved into much more than an ersatz Windows, offering its own advantages and disadvantages. But every trump card Google-powered computers could hold has until now been tossed out in the name of trimming costs and prices. That strategy won’t work. It didn’t work with netbooks, the last line of computers companies tried to package and sell at dirt-cheap prices, and it won’t work now. Consumers in 2013 want quality, they want design, and they want functionality, and they're willing to pay for it. Chrome OS offers all three, and current Chromebooks offer none of the above.

No manufacturer is going to break this cycle unless Google does it first. Google needs to build the Nexus One of Chromebooks, the flagship device that pairs its operating system with the hardware it deserves. It needs to prove to customers and manufacturers alike that a Chromebook can be a great computer, not just a cheap computer. Once that happens, Google will have no trouble convincing other manufacturers, which are clearly looking for ways around Microsoft’s steep licensing fees, to put real design and engineering resources into building Chromebooks. Google's window is limited, though: eventually we'll all be used to Windows 8, touchscreen laptops will be everywhere, and we won't be looking so furiously for another viable option. 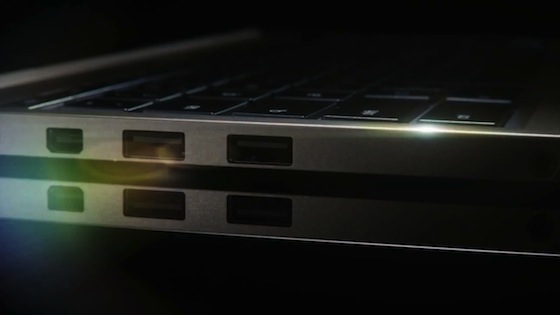 Luckily for Google, the clever (and impressively deceptive) folks at Slinky have already done a lot of the design work. The "Chromebook Pixel" has a number of features the Nexus Chromebook (my working title) ought to replicate. In my mind a high-end Chromebook needs just six things to succeed: a high-resolution display, an attractive build, a good keyboard, a good trackpad, a light body, and long battery life. Google’s greatest advantage is that it doesn’t need bleeding-edge specs to build a high-functioning computer, and neither do the people buying Chromebooks require those things. If Google can design or build a Chromebook that looks good, works well, and lasts all day — and every indication says that’s possible — I’d buy one, and I’d gladly pay more than $249 for it. I suspect I'm not alone, either.

I’m deeply suspicious of the Chromebook Pixel — I don’t think Google’s making the laptop depicted in the video. But if Chrome OS is ever going to be a mainstream success, it needs to make a move now, because its best chance is ticking away.