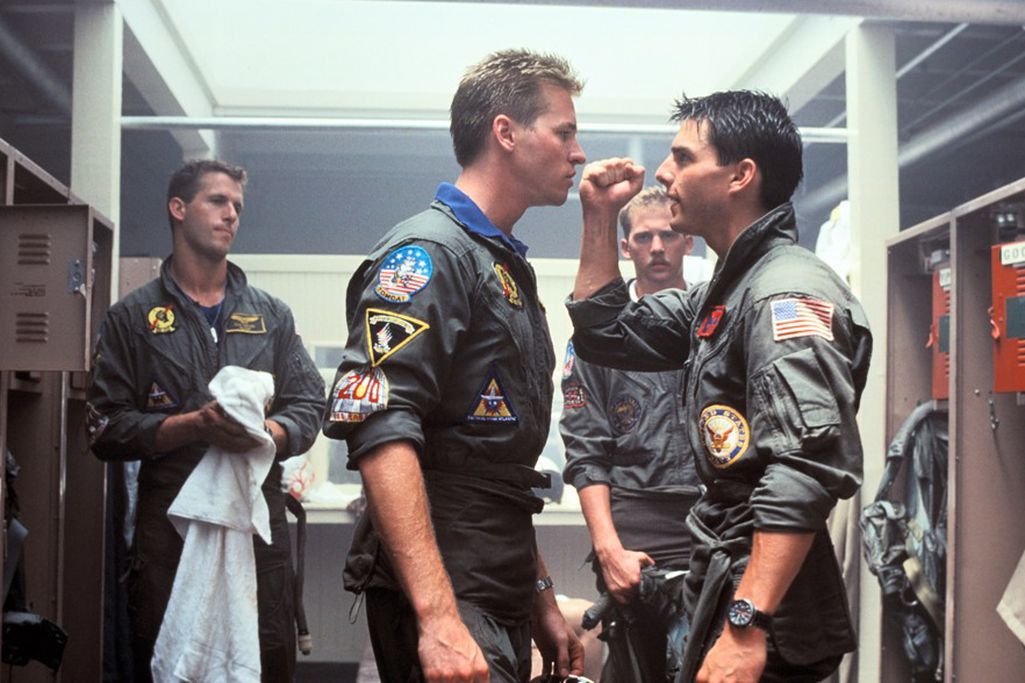 Released in 1986, Tony Scott’s Top Gun became a classic of 1980s pop cinema. Known for its slick production and hyper-adrenalized flight sequences, the film laid the groundwork for a particular type of modern action movie — turf that would later be explored with abandon by the likes of Michael Bay. Now, following in the footsteps of Titanic and Beauty and the Beast, Paramount is releasing a 3D version of the film for a limited theatrical run with a Blu-ray on the way.

The company behind the Top Gun conversion is San Diego-based Legend3D. Having worked on films like Alice in Wonderland and Transformers: Dark of the Moon, Legend3D specializes in taking traditional footage and converting it into 3D after the fact (even a film like The Amazing Spider-Man, which was primarily shot in 3D, needed some post-conversion when production required traditional photography for a certain scene or shot). We spoke with the company’s founder, Barry Sandrew, about the conversion of Top Gun, how Legend3D’s process works, and what could be keeping some moviegoers from embracing the format.

The Top Gun conversion project began in August of 2011. Paramount wanted to convert some of its catalog titles, and Legend3D — which was looking to collaborate with the studio — picked the film. Top Gun had just celebrated its 25th anniversary, and Legend3D agreed to do the job completely on its own dime. The conversion was finished a year later on August 9th, 2012, with director Tony Scott overseeing the process and signing off on the final product. "He was a fantastic guy," Sandrew says of the director, who died tragically that same month. "He didn’t know what to expect going into it [the conversion process], but we showed him the first reel and it just blew him away. And he gave us complete creative freedom on the rest of the movie."

Legend3D started with a new 6K scan of what Sandrew calls a "pristine" negative of the original film. The company then performed a minor restoration at 4K resolution — "We just got rid of dust, basically" — before settling into actually creating the 3D version itself.

The guiding document for a conversion like this, Sandrew explains, is what’s known as a "depth score." It’s essentially a breakdown of the entire film, including every shot, sequence, or cut, denoting the amount of depth they’ll want to apply to a given moment. It’s where the creative aspect of the process begins to come to the forefront. "We’ve got some very sensitive parts of this move," Sandrew says, describing a scene where (27-year-old spoiler alert!) Anthony Edwards' Goose is killed. "So what my stereographer Cyrus Gladstone suggested is, and very rightfully, is that we’re going to be looking at this from a distance." It’s not the kind of scene where you want to throw the audience into the spray and fray of a helicopter rescue just for the sake of excitement; that wouldn’t serve the dramatic intent behind the scene. 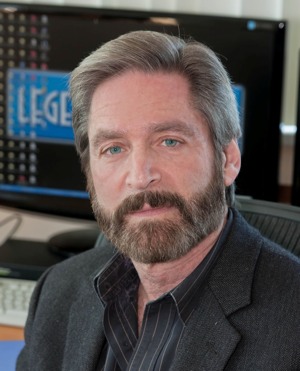 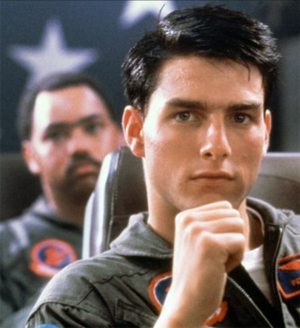 The opposite, of course, goes with the film’s aerial battles — where the goal is to place the audience directly in the cockpit. "We don’t want to give people vertigo," Sandrew says, but the closer to the real thing the better. Legend3D brought in retired Top Gun pilots to watch the aerial shots to see how they played for an audience that knew the authentic experience firsthand. "There was one pilot who actually came up to me and thanked me for reminding him what a barrel roll in an F-14 actually felt like," he says. "That’s what we really wanted to get at."

Before those creative decisions can be executed, however, the different elements in a given shot need to be broken out — so Tom Cruise can be manipulated as a discrete element apart from Val Kilmer sitting behind him. To start the process, several key frames from a given shot are selected. (In this case, think of a few representative images that best exemplify what will need to be dealt with in a shot.) The artists then set out to segment the different elements in each frame. It’s basically the artist telling the computer what various objects are: this is Kelly McGillis, this is a gauzy curtain blowing softly in the background, and so forth. With the help of the company’s software, those key frames are then used to generate matching information for the rest of the sequence. The end result is a mask for every shot, virtually marking what every object on the screen is, and allowing their depth to be manipulated.

"What we do is we use facets. We’ll take a face and we’ll break the facial structure down into elements," Sandrew explains. "And those elements are individually masked. Teeth, mouth, tongue, highlights in the eyes; everything is dimensionalized in what we do." The masking process is driven by technology Sandrew developed when he started working in digital colorization in the 1980s. Once the segmentation process is complete, Legend3D’s artists take over, dialing in the angles, amount of separation, and other subjective elements using the company’s stereo software. After final approval, the company produces one 2K output for the right eye, and another for the left.

Top Gun — like all of Scott’s films — has a heavy emphasis on atmosphere and smoke, but those elements didn’t provide a real challenge thanks in large part to some work done for another big-budget director. Michael Bay used on-set practical effects like smoke and sparks heavily in Transformers: Dark of the Moon, which required Sandrew's team to create a number of special software tools to deal with transparencies and similar effects. "It’s pretty much second nature to us right now," he says.

That’s not to say there weren’t special steps taken in this particular conversion, however. The Legend3D team visited the USS Midway to examine F-14s up close and personal. "What was most important was closing that canopy and seeing how the reflections on the canopy play," Sandrew says. Not only did they have to add the proper 3D look to the reflections wrapped around the pilot, but the curve of the canopies themselves changed the look of objects behind them. "When the MiG actually hit the edges there’s a different depth look," Sandrew says. "We had to research all of that."

While some will no doubt see the release of a 3D version of Top Gun as a cynical ploy, Sandrew stresses that 3D is a tool that can let filmmakers bolster the story they’re already telling — comparing it to a movie’s soundtrack. "We don’t notice the music score at all, really, when we’re watching a movie," he says, "But if you take it away, we notice its absence. I think 3D should be basically the same sort of thing. It’s more dramatic than simply music, but I think it should enhance the mood. It should enhance the action, enhance the story, without being the story." 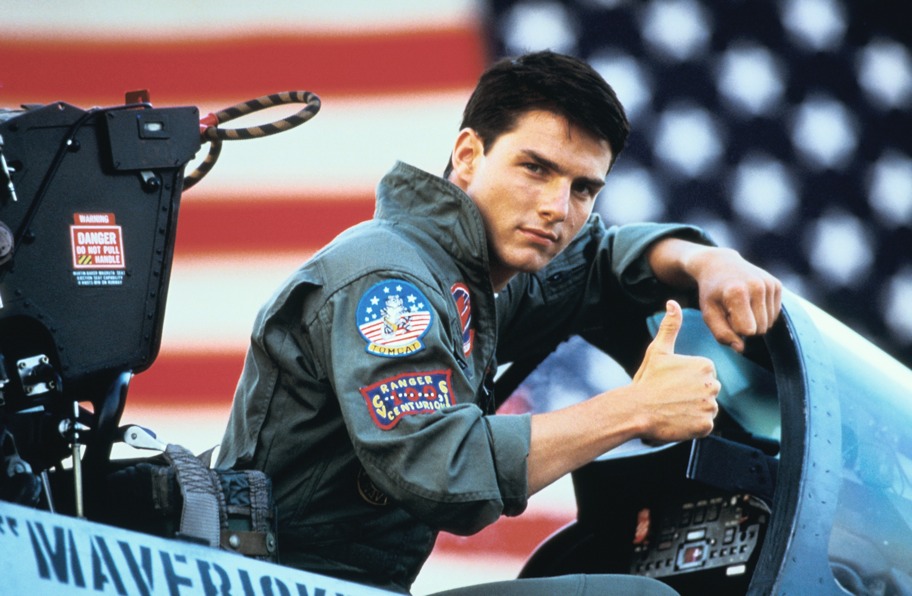 That’s not to say he’s unaware of the format’s detractors, though for many he says it could simply be a matter of not physically being able to perceive things as intended. "None of us see stereo the same way; none of us do," he explains, noting that he himself discovered at one point he had what’s called "monovision" due to his contact lenses. Essentially, his weak eye was used for reading, while his strong eye handled distance, and his brain figured out how to compensate for the difference. "So I’m getting less stereopsis than I would normally if my eyes were perfectly balanced. And there’s a lot of people like that." A new prescription gave Sandrew perfectly-balanced vision, but he suggests critics of the format could just be dealing with similar issues. "It’s like somebody looking at a movie and saying the color’s bad because they’re color-blind.

Complaints of nausea and headaches are also easy to deal with, he says. "The closer you are to the screen, the more your eyes have to converge or diverge because it’s right there in front of you, and it’s big," Sandrew explains. "All you have to do is sit as far back as you can that’s comfortable in the theater. Your eyes have less work to do in following the 3D."

When it comes to Top Gun, however, Sandrew is confident that he’s impressed the most important audience of all. He met with Clay Lacy, who was in charge of the air-to-air photography in Top Gun. "I brought up a 3D laptop and showed him what his stuff looked like in 3D, and he was pretty much blown away. He thought it was amazing that we could make it look the way it actually should look," Sandrew says. "People who were part of the movie, and experienced all of this firsthand, when they see it in 3D and they say ‘Yeah, we nailed it’… That’s a great feeling."

Top Gun 3D is currently playing in IMAX 3D. The limited engagement will come to an end on February 13th, with the 3D Blu-ray release set to follow on February 19th. If you love Kenny Loggins, you know what to do.