Via The Next Web | Source Google Developers

Google is looking to make third-party applications that are integrated into Google Drive a bit more visible to users. The search company has updated its cloud storage and file creation platform with a minor (but important) feature today: the main "create" button now shows first-party apps like documents, presentations, and spreadsheets directly alongside third-party ones. Google is also promoting third-party apps with a pop-up webstore, which is now directly accessible from the "create" menu. Placing both Google's own apps and those from other developers on the same level is the kind of integration developers will be happy with, and users will likely pay a bit more attention to the other options out there beyond Google's own apps. 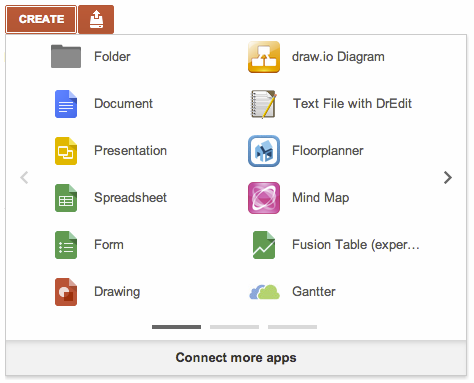