Building an atlas for books with Small Demons

Building an atlas for books with Small Demons

It was always possible, with enough work, to track down the names and places in a piece of text or to understand the cultural references being made. But easy access to information has lowered the bar dramatically. In a 2008 interview, author William Gibson referred to the "Google novel aura," in which authors expect their work to be looked up online: "It's sort of like there's this nebulous extended text. Everything is hyperlinked now. Some of it you actually have to type it in to get it, but it's all hyperlinked."

At the same time, booksellers, like other content purveyors, are beset with piracy, a decline in physical sales, and decreasing relevance as people become used to online reading or self-publishing. And fears over the "death of reading" continue to dog the enthusiastically literate, even as claims that "people don't read any more" — Steve Jobs' reason for dismissing the Kindle — give way in the face of a thriving e-book market. 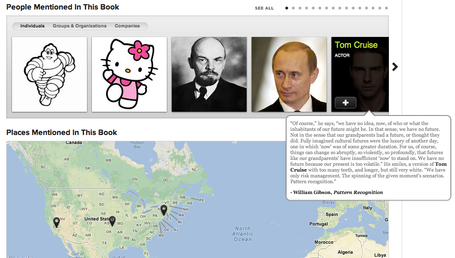 The hyperlinked book, however, has given rise to its own set of tools for interaction. There's Google's own NGram Viewer, which lets you track the rise and fall of written phrases over time. There are ubiquitous book recommendation tools, sites for collecting quotes. And then there's Small Demons, a startup dedicated to teasing out the real-world connections between books.

Launched in 2011, Small Demons is the product of former Yahoo VPs Tony Amidei and Valla Vakili, who currently serves as CEO. Its core is an analysis engine that picks apart ebook text for people, places, things, or mentions of other books. Instead of recommendations or user-generated content, it offers a huge library of shared details.

"The minor god is the storyteller... The demon is where the writer and the reader meet."

The name — an oblique reference to Borges — hints at its mission. "I came across a quote where he says ‘The history of the universe is the handwriting produced by a minor god in order to communicate with a devil,' Vakili says. "The way I read it is that when he says the history of the world, he's talking about all the stories ever told, all the books ever written. The minor god is the storyteller, who has complete power over what happens in their world. That demon is where the writer and the reader meet: it's the passion that drives the writer to write, and that drives the reader to read." While it covers both fiction and nonfiction, Small Demons skews towards the former, particularly techie favorites like Pattern Recognition and Ready Player One.

There's a popular corollary to Small Demons: TVTropes, the incredibly detailed fan-written wiki for television, books, movies, and even fanfiction. Both operate on a similar principle: instead of looking for annotations or sorting for specific details, you usually start by finding something you've read, then end up drifting through the links to see where they take you. Small Demons has few tools for analyzing data, which sometimes feels limiting but also makes it more like a virtual dérive than a study session.

The difference between the two sites, however, is striking. Look at Life of Pi — a featured book on Small Demons — on TVTropes, and you're drawn into a web of increasingly abstract ideas. "A Boy and His Tiger," for example, tells you that Pi's story fits the archetype where "something unique enters a young man's (or woman's) life, and they form a bond that changes them forever, usually starting them down the path to adulthood." 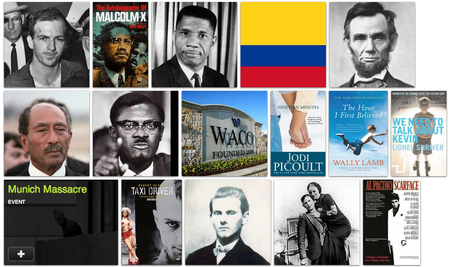 Find the book on Small Demons, and the opposite happens. Below the list of where it's referenced in other books, you'll find a bright map of places (Pondicherry, where Pi grows up, and the Pacific Ocean where he's stranded for most of the book, to name a couple), people (Indira Gandhi, Gregor Mendel), and foods (payasam, chutney) pulled from its pages and potentially into the real world. While this fact-based approach means it's nowhere near as addictive as TVTropes, it could also give Small Demons its place not just as a tool for readers but as a new way for publishers to tap into the communities that grow up around books.

"She and her friends would put sample strips on each page where a perfume appeared."

Content and community VP Richard Nash says part of Small Demons' goal is to build on connections people already draw between books and life. One woman he spoke to about the site recalled collecting the scents mentioned in Oprah Book Club pick White Oleander: "She and her friends would put sample strips on each page where a perfume appeared, and she wanted to recapture that experience." Small Demons' recently-updated Collections feature invites people to create themed lists that can be surprisingly detailed or personal, like "What Guns Mean to Me" or every cultural reference from Stephen King's The Stand. "It's 15 hours in your own head," Nash says of reading a book. "That's why there are book clubs, not song clubs." The analytical tools that power Small Demons could be applied to movies or lyrics without much trouble, says Vakili, but he's not planning an expansion any time soon. 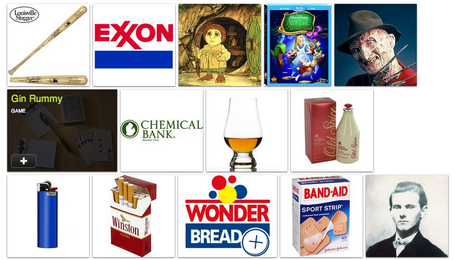 Instead of drawing from the public domain, Small Demons relies on publishers for access to ebook back catalogs. As readers browse the connections between books, publishers, authors, and businesses could be doing the same — looking not for personal insight but for ways to tie books to real-life experiences. Nash compares it to the tourist industries that have sprung up around bestsellers: a bookstore mentioned in The Da Vinci Code, for instance, or virtually anything in Twilight's Forks, Washington. "Would you take a vacation from a book?" he asks. Put another way, it's a literary version of the business model commonly proposed for bands: start with the music, make money on the tour.

"Would you take a vacation from a book?"

Small Demons is still young, and while some changes — including more integration of user-provided details — are clear, its overall future remains fairly open-ended. Valiki and Nash say eventually, the analysis model or book data could be licensed to other companies. Being integrated directly into ebooks, like a cultural dictionary, could also be a natural fit. "The most exciting thing for us is always adding new books to the site," says Vakili. "We've been working on something for a while that's a personal favorite thing of mine. We're not really talking about it yet, because we think it's super-cool, but I like this idea that there are no dead ends."