Vaporware: why we still don't know if e-cigarettes are safe

They've been around for years, but no one really knows how toxic they are

Share All sharing options for: Vaporware: why we still don't know if e-cigarettes are safe

The rise in e-cigarette use over the past few years has been nothing short of meteoric. Invented in China just over a decade ago, the cigarette alternative has only recently made its way onto American shelves, and yet one in five US smokers now claims to have at least tried an e-cigarette.

The reasons for the swift uptake are obvious: a smoker gets their nicotine fix in a familiar format, theoretically without the many health risks associated with tobacco. That’s the sales pitch, at least, but there have been questions about e-cigarette safety almost as long as they’ve existed. On March 4th, the American Cancer Society Cancer Action Network called for tighter regulation and extensive research into e-cigarettes, saying "there is a lot we don’t know about these products." After years of sales, and increasingly widespread use, why has nobody definitively told us if e-cigarettes are safe?

The FDA’s attempt to ban imports was quickly shot down

The FDA released the results of its research publicly, and in September 2009 banned US e-cigarette imports on the grounds that they were unregulated medical devices. NJoy appealed the decision and strongly contested the FDA’s research, claiming that there was not adequate comparison between the TSNA levels in other nicotine delivery systems and NJoy e-cigarettes. The company also claimed that its e-cigarettes were not marketed as "therapeutic" devices, and so should be subject to the same regulation as regular cigarettes. Four months after the ban, the FDA was forced by a US court to reverse the import restrictions and regulate the devices as tobacco products.

Since 2010, there’s been something of a stalemate. The FDA hasn’t conducted any further studies and has stood behind its initial research, despite the fact that many more brands have entered the market — all similarly unregulated and untested. Some of these new brands go so far as to publicly list their ingredients online, usually accompanied by some scathing words on the "inconclusive" nature of the FDA’s study.

The FDA has continued to face problems regulating e-cigarettes because of the way the devices are classified. If they’re not marketed as therapeutic — i.e., something that can help you quit smoking — then they’re not required to face the same legislation as nicotine patches or gum. However, many e-cigarette companies line up their products in such a way that they could be directly compared to regulated quit-smoking aids. E-cigarettes are generally available in a range of nicotine strengths, dropping all the way down to 0 milligrams, just like the traditional therapeutic aids.

Together with advertising campaigns that suggest traditional cigarettes have "met their match," the present situation is reminiscent of the 1950s, when the tobacco industry attempted to market their cigarettes in the face of mounting health concerns — a battle it eventually lost. Three years on from the FDA’s court defeat, which reversed its import restrictions, it’s still trying to gain the upper hand by establishing stronger regulatory control over e-cigarettes. This time the agency wants to place e-cigarettes in a new subcategory of tobacco products, which will allow it to apply new regulatory rules. A spokesperson told us the FDA hopes to issue the new proposal for public comment by April this year, but refused to comment on what these new rules will be. 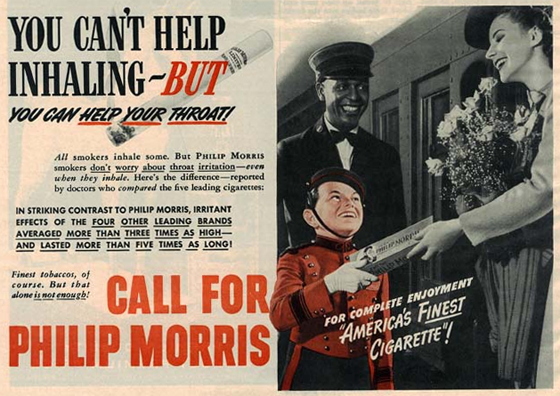 Across the Pacific, Australia is about to launch a full clinical trial of e-cigarettes, while in the UK the government is attempting to determine their efficacy as a tobacco-replacement tool. We could end up with a situation where the same product — or some variant of the concept — is regulated and pushed by Britain’s National Health Service alongside patches and gum, while the FDA has remained dormant and allowed millions of untested, unregulated devices to flood in from China.

Chinese companies aren’t the only benefactor of the e-cigarette boom. Big tobacco, perhaps more out of self-preservation than anything else, has also invested in e-cigarettes. British American Tobacco, the world’s second-largest tobacco firm, bought out a UK startup that develops e-cigarette technology; Lorillard owns Blu Cig, a popular e-cigarette brand; and Philip Morris publicly stated its intent to enter the market last year. These industry giants are well placed to react to — and fight against — any new regulation.

It’s all well and good to demand government agencies regulate nicotine products, but what should e-cigarette regulation look like? Clive Bates, a former British civil servant who runs a site focused on "analytic advocacy" called The counterfactual, has looked into proposed EU regulation, and worries that it could stifle what is certainly a growing market in a stalled economy.

"What is the appropriate safety standard for nicotine delivery?" asks Bates. "Most is delivered in a matrix of toxic smoke and poisonous gases." This a question we’ve heard hundreds of times — if e-cigarettes are even slightly less harmful than their combustible cousins, shouldn’t we embrace the technology, and attempt to improve it? It seems almost perverse that authorities could end up banning something that’s less harmful than the product it hopes to usurp.

"The FDA’s press announcement cleverly employed propaganda techniques as a means of garnering public support for their goal."

An advocacy group called the "Consumer Advocates for Smoke-Free Alternatives Association" (CASAA) has tasked itself with educating the public on the benefits of e-cigarettes. Like any advocacy group, CASAA has an agenda, and while it says the majority of its donors have no industry affiliation, it does receive funding from e-cigarette vendors. It told The Verge that the FDA should be "encouraging and supporting studies" into e-cigarette safety and their usefulness as a "smoking replacement product." It also calls the FDA’s original study "misleading," noting that the FDA stated that e-cigarettes contain carcinogens "without bothering to mention that FDA-approved nicotine replacement therapy products contain equivalent quantities." It claims that a gram of the liquid found inside e-cigarettes contains the equivalent carcinogens of a nicotine patch, and less than one percent of those found in a full-flavor Marlboro cigarette. 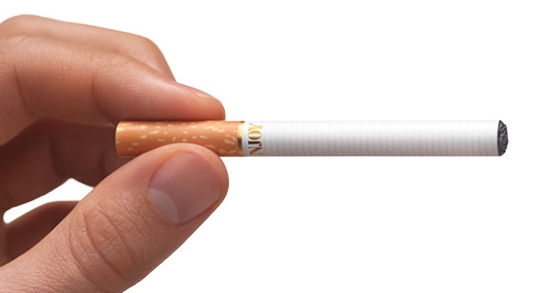 Both the CASAA and Bates say that the framework to properly regulate e-cigarettes is already in place, and question the need for additional regulation. Any product on sale in the US and Europe must be clearly-labeled, include safety warnings, be "fit for purpose," and non-toxic. Bates argues that forcing manufacturers to meet those standards, and routinely checking to ensure they do, is enough, although the FDA clearly disagrees. The CASAA doesn’t outright reject the idea of additional regulations, but says the FDA should be required to "show that their action is going to benefit consumers — that is their job, after all."

If the FDA’s initial study proved anything, it’s that right now there’s no way regular people can hope to know what’s in their e-cigarettes. While manufacturers and advocacy groups claim e-cigarettes are safe when compared to nicotine-replacement products and (especially when compared to traditional cigarettes), we've heard similar claims from vested interests before, and they should be treated with due skepticism. What's needed is a full and thorough investigation into all of the brands on sale in the US, and consistent rules for future products in this category. Until it does, consumers are left having to assume that e-cigarettes are probably safer than regular smoking, trusting their lungs to vaporish claims of the companies that make them.

The FDA told us it accepts that "further research is needed to assess the potential public health benefits and risks of electronic cigarettes," but wouldn’t give us any details on how or when that research would take place.