Can anyone turn streaming music into a real business?

Can anyone turn streaming music into a real business?

After ten years of struggle, nobody has figured out how to make music pay

"The subscription model has failed so far," Steve Jobs said in April 2007. "People want to own their music." At that time, Apple had solved the problem of making money in digital music with particular creativity: don't make money from music. With iTunes and the iPod, Apple sold music more or less at cost, selling the idea and lifestyle of music to sell high-margin hardware and draw customers into its ecosystem. "Never say never, but customers don't seem to be interested in it," Jobs said. If people wanted to rent or stream their music, Jobs' answer implies, Apple would help them do that if that experience continued to sell Apple's hardware. With the iPhone and its App Store, Apple would ultimately do just that.

Of course, as always, Jobs was also playing hardball. He knew that a group of music labels, worried at Apple's power over the music industry and uncertainty over Apple's push to drop DRM, were working with entrepreneurs on the streaming music service that would ultimately become Spotify. Apple needed to renegotiate its agreements with these same labels, and Jobs wanted them and everyone else to believe that Apple had a unique insight into consumers' behavior. Despite the posturing, there is no purity in the music industry. There is, and has always been, only pragmatism. 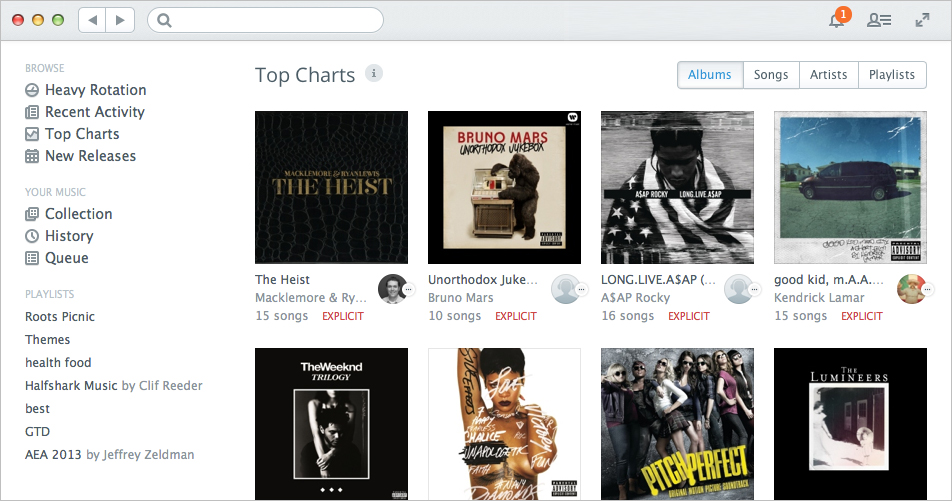 there is no purity in the music industry, only pragmatism

Six years later, everything in the music and technology industries is pushing toward digital streaming. Last year, music-related startups received $619.3 million in new investment. Spotify has more than five million paying subscribers, proving that customers will pay rather than pirate every month for a rich library of music if it's inexpensive and available everywhere. (Later this year, Spotify will offer free, ad-supported music on mobile devices in all of its markets.) Soundcloud, the leader in user-created embedded audio, just simplified its paid, pro, and premium partnership tiers for heavy users, music labels, and brands. Google wants to start a music subscription service in the second half of this year, trading on its strong positions with both Android and YouTube. Hardware upstart Beats Electronics is building its own streaming service, Daisy, using just-acquired Mog as its backbone. Even Apple is finally embracing streaming in principle, negotiating royalty rates with music rights owners to add a new, complimentary service to its iTunes Store.

But even while streaming looks inevitable, in many ways its outlook is still grim — and it all comes down to money. Apple and music labels are reportedly still far apart on how much revenue they should share. Spotify wants music labels to lower the rates it pays as it tries to edge into profitability. Finally, Pandora's CEO suddenly announced his resignation after a record loss and his inability to move Congress to pass legislation to lower its statutory royalty rate. The growth of ad-supported and subscription services alone simply hasn't been enough to change the fundamentals of the business. 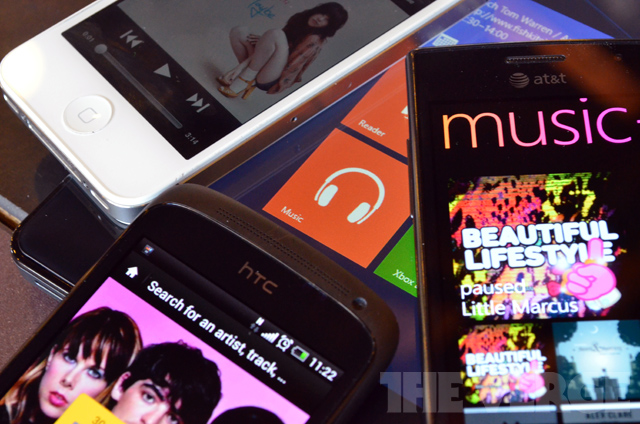 This isn't new. Over the past decade, the music landscape has been littered with wrecked digital music services. Among the companies that were sold on the cheap, gutted, or simply shut down include SpiralFrog, Imeem, Urge (Viacom and Microsoft), Yahoo Music, MP3tunes.com, Comes with Music (Nokia), and Mog. Critics of the music industry say each and every one of these services buckled under the weight of their royalty payments.

"Pandora and these companies are victims of very high cost of content."

Pandora is struggling with the same problem, says David Pakman, a venture capitalist and the former CEO of eMusic. "Pandora and these companies are victims of very high cost of content," Pakman said. "It's hard to build a business when your cost of content is this high. There have always been high content costs for Internet radio services. Not true for traditional and satellite broadcasters."

More than 60 percent of Pandora's revenue goes to paying content costs: $76.7 million for revenue acquisition in the last quarter alone. Spotify pays even more, roughly 70 percent. "The music labels feel no sympathy," Pakman said. "They feel they should get more."

Apple, Google, Microsoft, and Amazon can sell music at a loss

Pakman argues that online music distribution will be controlled by a small number of corporate powerhouses that will use songs as a loss leader, the way that Wal-Mart stores once did for CDs. He says companies such as Apple, Google, Microsoft, and Amazon sell music primarily as a means to attract consumers to their mobile products, online stores, and hardware.

"They don't care if they make money," Pakman said, "because they make a bunch of money elsewhere on music."

Executives in the music industry strongly disagree. One record label executive noted that if subscription music were such a bad business to get into, then why would so many companies be jumping in? Companies like Pandora and Spotify have chosen to optimize for growth, not profit, so it's no surprise that they're not yet making money. Either company could do more to generate revenue, whether through subscription fees or advertising. They haven't done that.

"In the current structure for the digital markets, it's going to be hard for anyone to make real money," says BTIG analyst Rich Greenfield. "Despite the revenue growth in the past quarter, Pandora is still not making any money. I think they have to come up with a better economic model. One of their challenges is their decision not to offer a full ad run like traditional radio."

Pandora co-founder Tim Westergren told Congress that the company's subscription revenue was miniscule. It was only last week that Pandora began requiring its heaviest users to pay a fee for the service, capping usage of its free mobile service to 40 hours per month. Partly because it's never required a paid subscription to access its service on mobile devices, Pandora has never been able to convert its free users to paid accounts at the rate that Spotify has, reportedly as high as 20 percent.

Steve Marks, executive vice president for the Recording Industry Association of America, says that history has proven that standalone music services can compete with bigger technology companies. He notes that before Pandora came along, online radio was dominated by Yahoo and AOL's webcasting services. Now those companies are out of the business and Pandora reigns supreme.

"Pandora is a young company that pursued a strategy of attracting as many listeners as possible and didn't try to monetize them aggressively," Marks said. "They play one or two ads an hour. They grew the number of listeners and then went the IPO route. It was very successful for them. But they didn't want to sell a lot of ads or pursue paid subscriptions. Now, they have to step back and look at the bigger picture and think more about making a better return." 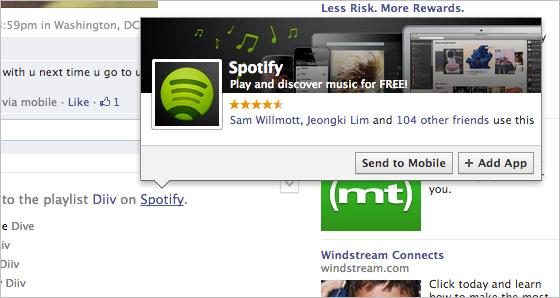 Hardware isn't the only way tech companies can offset music

What does the streaming music landscape look like after the technology giants come sweeping through? On one hand, this could leave us in much the same situation we were in with Apple six years ago: music bottled up in closed ecosystems, with a single market leader and only a handful of potential competitors. On the other hand, the move from dedicated MP3 players to a wide range of app-capable mobile devices has changed the landscape. In the mid-2000s, it seemed like the only companies capable of challenging Apple were phone makers like Motorola. (Remember the ROKR? Yeah.)

That's no longer true. In fact, besides Apple and a small handful of others, hardware makers aren't operating at high margins. Instead, we have a variety of ways low-margin digital music sales can be offset by higher-margin or more strategic businesses. Apple moves hardware; Google sells advertising; Sony sells music and electronics; Amazon sells everything; Microsoft samples the field. Wireless carriers can build in access to streaming music as part of their overall service, distributing the cost over a huge subscriber base by adding the monthly charge for music alongside charges for the wireless data you use to stream the music. Even companies like Facebook can (and have) gotten into the act, with current and proposed deals with companies like Spotify.

Playing defense in a
long defeat 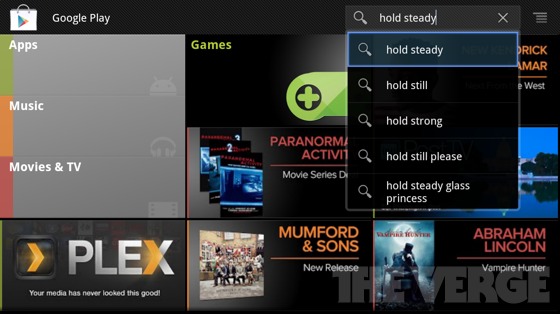 Ultimately, though, few of these larger tech companies embracing streaming music seem to be doing so as an affirmative strategy, because they ultimately believe streaming music will help sell their other devices or services. Instead, they're primarily worried that if they don't offer a streaming music service, they'll be seen as deficient in some way. Native streaming music may not sell iPhones the way the iTunes Store helped sell iPods — but any perception that Apple has fallen behind the times will ultimately damage its position in every category, not just music.

"Do you think it's good or bad for the value of music if the only people who sell it don't care if they're making money on it?"

Still, this is a thin ledge on which to base an industry. Selling streaming music as a perpetual loss leader? Reluctant acceptance as a "me-too" part of a smörgåsbord of low-attachment casual entertainment? If part of the appeal of a streaming subscription library is its absence of commitment, that's part of its danger, too. Companies that aren't committed to music aren't likely to pay to support it in perpetuity.

This devaluation of music worries observers like David Pakman. "Do you think it's good or bad for the value of music if the only people who sell it don't care if they're making money on it?" Pakman asks. "What you really want is an ecosystem with lots of financially healthy companies selling your product."

Part of what Apple's iPod traded on was our deep attachment to the music we loved. We loved it so much that we wanted to carry as much of it as possible everywhere we went. This intensity isn't the only way, or even the only authentic way, to listen to music: we've always had casual fandom and viral hits. That's how pop culture moves itself forward. But it's not how industries have been made and sustained. Let the great experiment begin.

Greg Sandoval contributed to this report.

More from this stream iRadio: tracking Apple's attempt to build the iTunes of streaming music