Share All sharing options for: New FTC guidelines remind advertisers to include full disclosure even in tweets

After thirteen years, the FTC is updating its guidelines on what constitutes deception in the world of online ads — including messages on Twitter. The Commission recently published an updated version of the somewhat quaintly titled "Dot Com Disclosures," which first came out in 2000. Besides taking into account things like how ads will display differently on mobile screens, the new guidelines warn that even "space-constrained ads" like tweets aren't exempt from making disclosures.

In a series of mock tweets for a weight-loss pill, the FTC explains that a link out or a follow-up message isn't enough to cover any disclaimers. Instead, they're supposed to be included in the text itself. The result is strangely at odds with Twitter's often informal style, but it does get the facts across, and the FTC is correct to say that people aren't necessarily going to read multiple tweets together. The need to directly identify something as advertising in its text, however, could already be covered by the "promoted" message seen next to sponsored tweets in some cases.

If anything, reading the two reports together is a reminder of how much the landscape has changed in the past decade. HTML tables and clip art have been replaced by smooth gradients in the mock ads, and the FTC no longer feels the need to assert that written advertising is "not just paper anymore." The new report, however, likely won't radically change advertising: the FTC refers to itself as "small but mighty," and it's likely to pick its battles carefully as it brings regulation and best practices into the new mobile world. 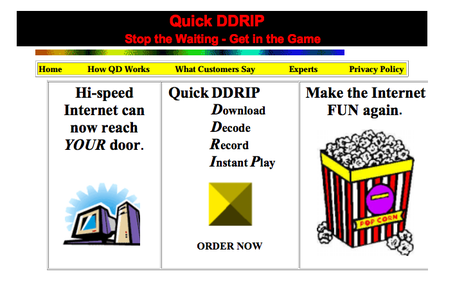