When we reviewed the best Windows 8 all-in-one desktop computers, it was a giant, bulky, pricey Dell desktop that rose to the top of the heap. Today, Dell's trying its hand at a radically different Windows 8 experience: an 18.4-inch tablet that you can pick up and carry with you. It's called the XPS 18.

Dell's dubbing it a "portable all-in-one," and that makes a certain degree of sense. Like the Sony Vaio Tap 20 before it, it has most things you'd expect from a full computer, including a range of potent Intel processors, up to 8GB of memory, and a large hard drive. It also adds a five-hour battery so it doesn't always have to be plugged into the wall, quelling some concerns we had when some details of the device leaked online. 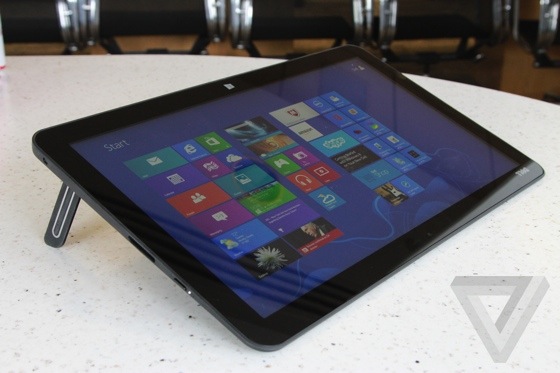 Unlike Sony's creation, however, this PC isn't an 11.5-pound behemoth that can double as a dumbbell: The XPS 18's aluminum frame is under 18mm thick and weighs just over five pounds. It's not light by any means, but it's definitely portable, and there are a lot of ways you can position the tablet's nice bright 1080p touchscreen, too. Two magnetic arms pop out of the back of the device to position it at three different angles, and there's an optional $49 metal charging stand that tilts it up or down to accommodate standing or sitting positions. 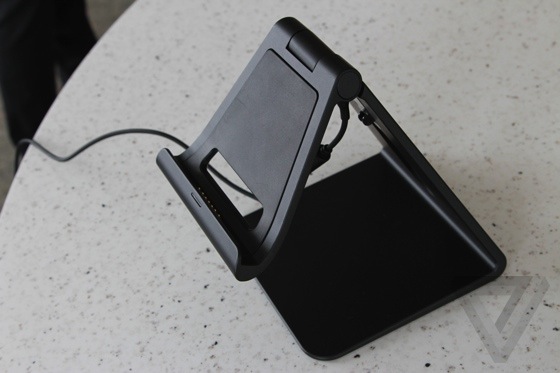 The touchscreen keyboard's a little cramped, but touch response felt smooth and the hardware seemed fairly well built. Unfortunately, we weren't able to stress the processor enough to tell if the PC's cooling can keep up with its internals. The unprotected power button on the edge and the shallow stand — not to mention the huge size of this tablet — also might make it difficult to use in portrait mode. 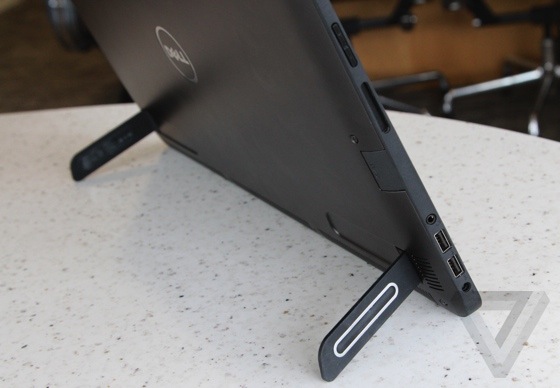 You won't find a lot of ports on this all-in-one PC: two USB 3.0 jacks, a 3.5mm headset socket, and an SD card door (as well as Wi-Fi and Bluetooth 4.0) are all the connectivity on tap. However, wireless connectivity for the bundled (and reasonably nice) wireless keyboard and Logitech mouse is built right in. Twin speakers pump out more audio than your typical tablet, and there's a 720p webcam up top with a dual microphone array for video chat. 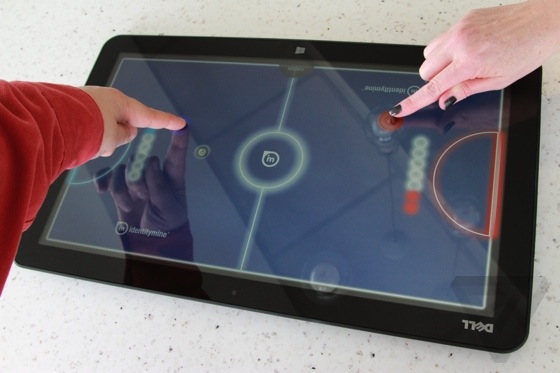 Dell tells us that it's convinced there's a market for a desktop computer you can carry around your house, one that lets you set up shop on any flat surface, or quickly share things with nearby family or friends. And to fill that niche, Dell's aiming for a relatively inexpensive computer. For $899, the XPS 18 will come with an Intel Pentium processor, 4GB of RAM and a 320GB hard drive when it ships next month, on April 16th. Even with optional extras like a Core i7 processor and a solid state drive, it probably won't be the multifunctional powerhouse of its other portable competitor, the $1,299 Asus Transformer AIO, but it definitely outclasses the Sony Tap 20. We're curious to see if this computer category gets off the ground.