Twitter's long-awaited app for Windows 8 is now available. Along with standard features such as the Connect and Discover tab, it's been tailored with some Windows 8-specific features as well. The Search charm will let you look up users or hashtags from within the app, and there's an option to use a single-column snapped view for multitasking. As you'd expect, there's also a Live Tile that will display notifications on the Start screen.

Twitter announced plans for a native Windows 8 Metro-style app back in October of last year, saying only at the time that it would arrive "in the coming months." While it's taken a little longer than we'd hoped, together with the overhauled Windows Phone 8 app it's good to see more solid Twitter support on Microsoft platforms. 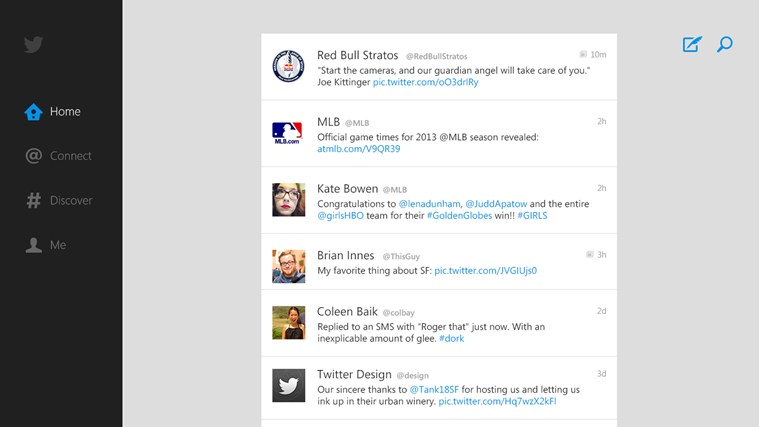