Less than 24 hours away from Samsung’s next Galaxy S unveiling, detailed images have leaked on Chinese site IT168 that look exactly like yesterday’s purported video of the device. The pictures show that the eight-core phone will measure 7.7 millimeters thick and weigh in at 138g, with a 4.99-inch 1080p display.

The descriptions also confirm reports that the device will have a 13-megapixel camera, a significant jump from the Galaxy S III's 8-megapixel resolution. And as rumored, the processor is labeled as a 1.8GHz Exynos 5410, the first Samsung chip to use ARM's new big.LITTLE architecture, which couples faster A15 cores with low-power A7 cores to optimize for both performance and battery life. The CPU is said to be paired with a 533Mhz PowerVR SGX 544MP3 GPU, confirmed by Imagination, along with 2GB of RAM and 16GB of onboard storage, expandable with a microSD card. AppleInsider points out that the GPU is mostly identical to what Apple is using in the iPhone 5 but running at a higher clock speed (533MHz compared to 350MHz), representing a significant shift for Samsung, away from ARM's Mali GPUs.

Eye tracking is onboard as reported, and the phone is also said to offer pen-free S Pen features — one slide (below) shows the user selecting an image by hovering a finger over the screen. While this seemingly uncovers more or less everything we wanted to know about the phone, it's still not an official release from Samsung, and things could change for the American market. To get the complete story, stay tuned for our liveblog coverage of Samsung's announcement Thursday evening, beginning at 7PM ET. 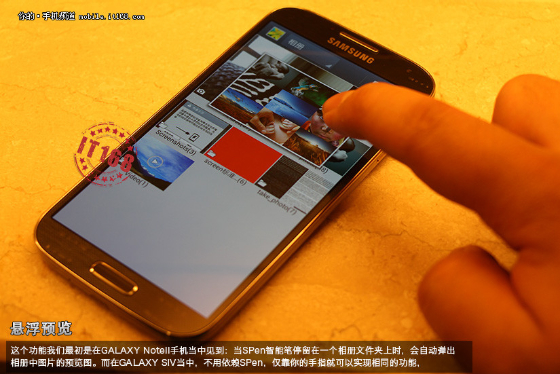 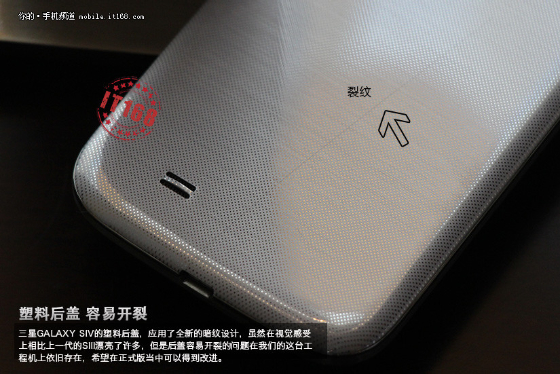 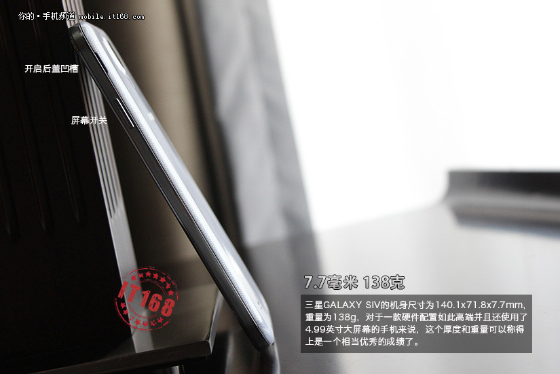 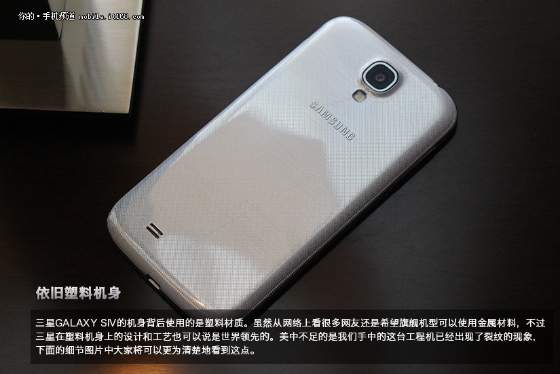