Dr. Shaq goes social: SXSW and the future of learning in an AI-dominated world

Swimming through the dark sea of hype in Austin

Share All sharing options for: Dr. Shaq goes social: SXSW and the future of learning in an AI-dominated world 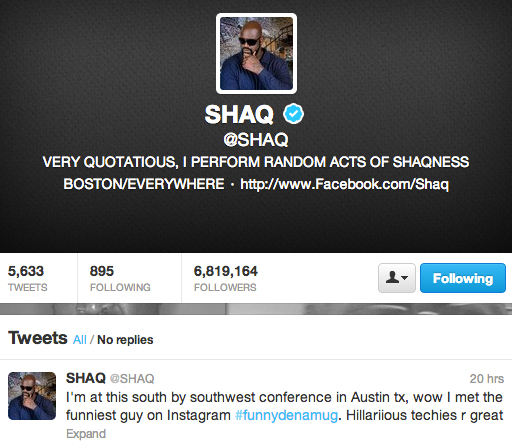 It was this tweet, sent out when Shaq himself still didn’t really understand how powerful 140 characters could be, that made Twitter CEO Jack Dorsey call him “the ideal Twitter user.” It also made explaining Twitter (and all social media) a lot less annoying for assholes like me. I absorbed vast quantities of O’Knowledge during an interview with the futurist Brian Solis last week at SXSWi called Shaq Goes Social.

Although he got famous for putting the dunk on his roundball rivals it turns out that was just the tip of the iceberg when it came to Shaq’s talents: he took care of the requisite superstar side-careers in the ‘90s, then went on to an impressive career as an investor in companies like Five Guys, Vitamin Water, and, uh, Google.

The early 2000s exposed a new dimension of his psyche as he began a uniquely-Shaq course of education: he acted on a lifelong interest in law enforcement as he went through police academies in three separate states, then went back to LSU to complete the bachelor’s degree he had abandoned to play professional ball. In 2005 Shaq got his MBA from the good ol’ University of Phoenix, and his most recent degree is a doctorate of education from Barry University in Miami. Sorry for living under a rock but I didn’t know this until yesterday: Shaq is Doctor Fuckin’ O’Neal. "Yeah, I’m thinking about law school next," he said at a panel yesterday called Shaq Goes Social. "I don’t wanna be a lawyer or anything. I just want a big sign that says O’Neal And O’Neal, Attorneys at Law." People pursue J.D.’s for worse reasons, I guess, and he’ll have a lot more time on his hands now that he’s not playing in the NBA anymore lol. 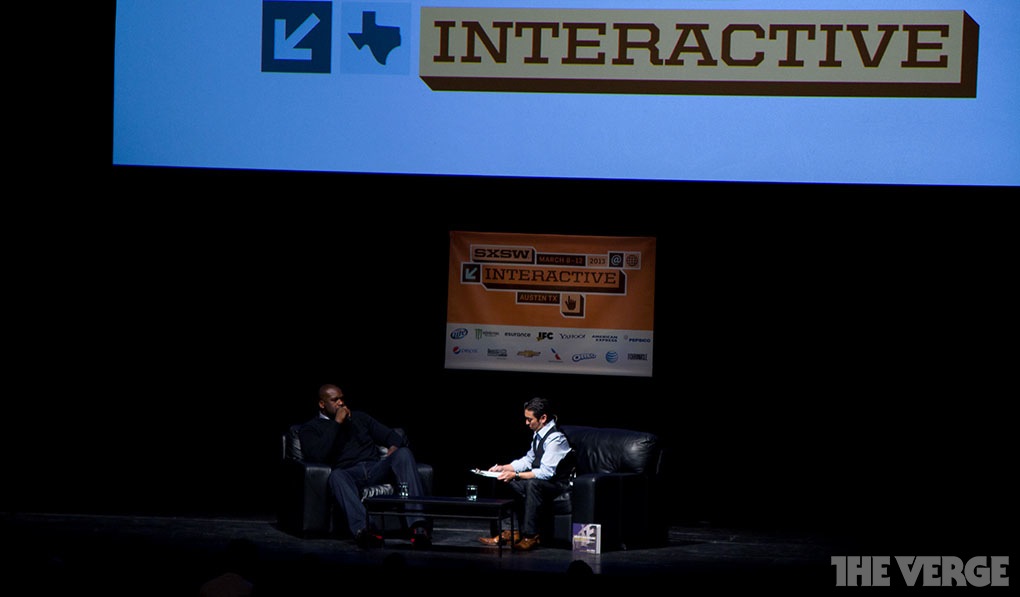 It’s no coincidence that Shaq eschewed ESPN and all the other traditional sports media when he announced his retirement via Tout, the video sharing company he invested in a few years ago. He chalks his success not up to financial or mental acuity but to “keeping it simple” (what more do you need than burgers, water, and Google?) and the decision to surround himself with people smarter than he is.

There is no better place to surround yourself with people who are smarter than you than at SXSWi. Just beyond the sea of endless marketing there is an even bigger buffet of intelligence to gorge one’s curiosity – it’s a bit like being inside of the internet itself, Tron-style, but with more free beer and bikini-wearing pedicab drivers. One of the top chefs for this $1595 meal is Stephen Wolfram, a thought pioneer whose company has a history of bringing ridiculously complex theories to life with computational analysis. The big news from his talk last week (which was thoughtfully scheduled just prior to Shaq’s) is that his “computational knowledge engine” called Alpha, which is already responsible for much of Siri’s computational muscle, will essentially be able to read users’ minds in the next few years using nothing but data collected from the past and present. This promised machine pre-cog near-future is a sexy headline grabber but that was not what Stephen Wolfram was really at the Austin Convention Center to talk about. 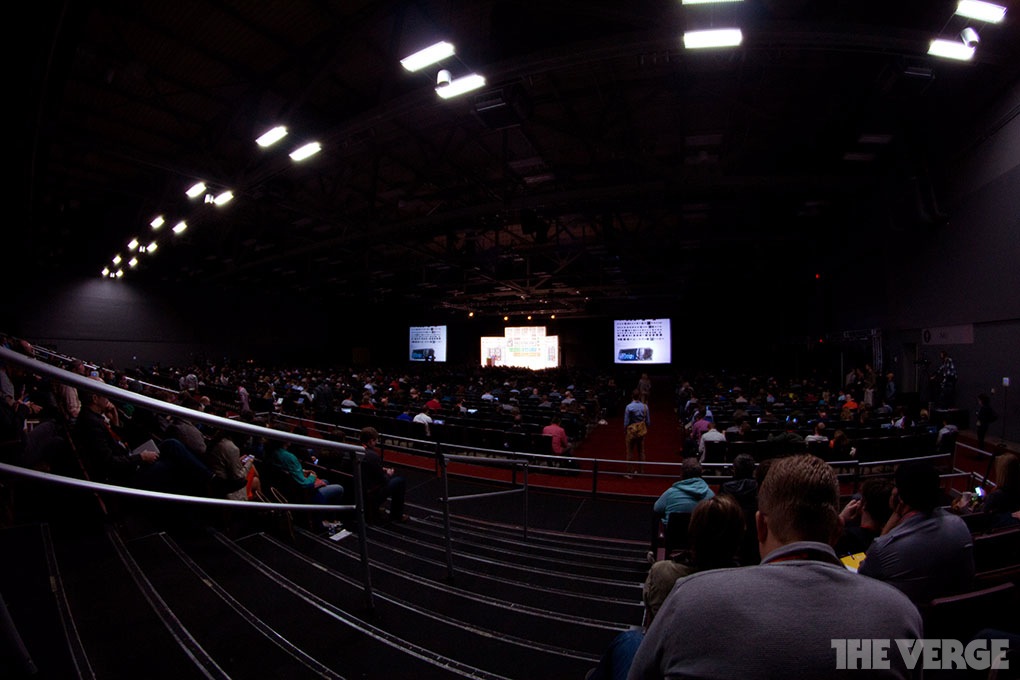 Wolfram talked about data for a long time, and it wasn’t super-interesting. He was collecting data on himself and others twenty years before Facebook made it a pop culture issue and one can hardly blame him for talking about his life’s work, which was essentially a meta-advertisement for the Alpha app (indeed, many of the talks at SXSWi are advertorials for people who mean to do good and do well with their products). But at the end of his talk he made a sci-fi-flavored leap that had little to do with sales or data.

After he barrelled through the allotted hour of his insanely-paced lecture on data analysis Wolfram slowed his roll and veered off-script to paint a picture of a near future where artificial intelligence completes all our labor, programmable drugs cure all our maladies, and cryogenics keep brains alive indefinitely. His scenario leaves humans in a funny spot: if we don’t have any work to do, and can live forever, what will we do with those vast expanses of time? The one thing that Wolfram believes the machines will need humans to do is to tell them what to do: a computer is useless unless its purpose is defined. 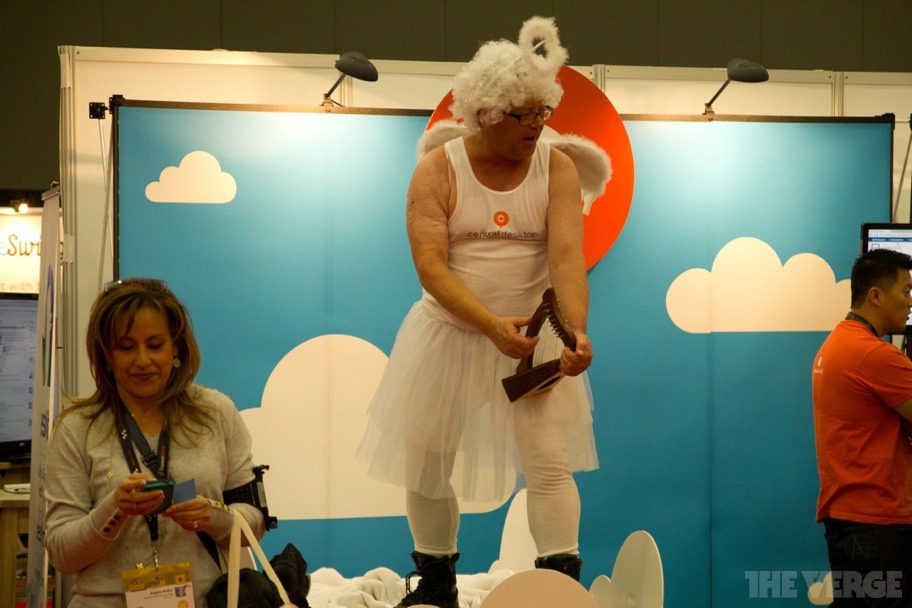 “I believe that for every person there’s at least one thing they can do that can make them happy,” Wolfram deadpanned, moving from science to theology in the blink of an eye. Was he positioning himself as a prophet or trying to ratchet up his app sales? A little of both? We’ll never know, because he was really over his time limit at this point and had to get off the stage, but to me he ended up sounding like the world’s most intelligent advocate for education reform.

“People don’t know what’s possible to do in the world,” he went on, elaborating on the always-more-complex amount of occupations humans have available to them. Our current system of education is inflexible by design, and Wolfram seemed to be saying that exposure to different occupations was just as important as educating ourselves about our chosen paths. Although it won’t make any headlines (Dr. O’Neal is responsible for this particular headline), my takeaway from Wolfram’s talk was that without a highly-evolved liberal arts education humans will never be able to find out what that one thing is that makes them happy. And forever is an awfully long time to wait around for something to make you happy. 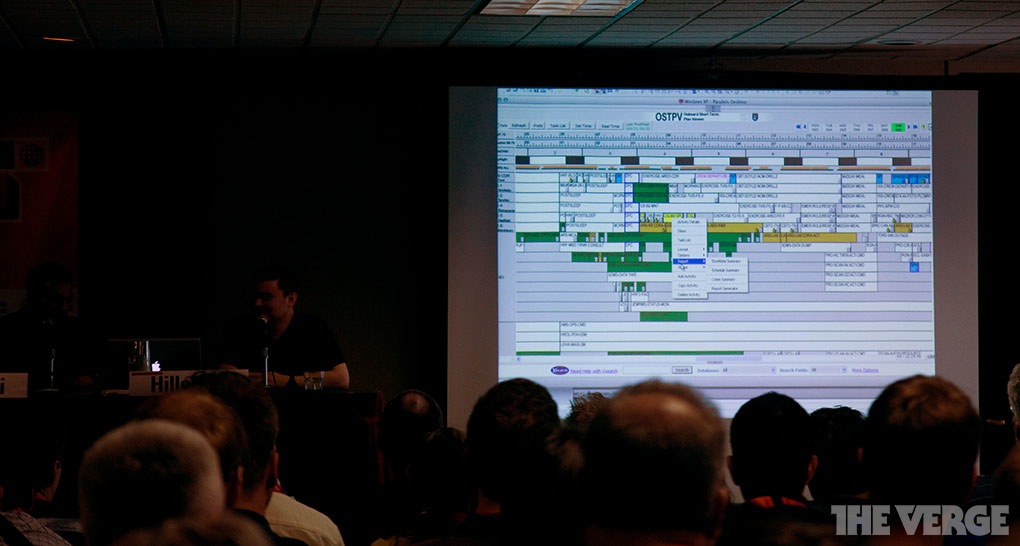 Dragging NASA kicking and screaming from Windows 98 to iOS

I have been to a lot of conferences in 2013 and all of them have been educational in one way or another. But SXSWi was the only one that really seemed to have an evolved liberal arts education at its core, even if I had to swim through that dark sea of hype to discover it. And unlike TED or CES, it feels totally human, only tangentially commercial, and presented without a huge helping of self-importance or overbearing ideology. On Saturday morning I went to the least-sexy talk on the expansive SXSW schedule, and it had the headline to match: How to Handle Suicidal Users Without Freaking Out. It was objectively fascinating and undoubtedly of significant future importance: we learned how to identify when suicide becomes a contagion online, and how companies are writing terms of service that help stop the spread of the contagion before it starts.

But I was also kind of bored and scared by it – I learned I’m not cut out for a career in this particular field, which is an important part of the liberal arts concept. On Monday I went to an all-day workshop on using the Unreal Development Kit to develop 3D games for mobile platforms. I left sometime in the middle of a half-hour explanation of how to create a light switch in-game. Also fascinating, also completely not interested in doing that ever. @NASA: The User Experience of a Space Station was another good one – I learned how developers are transforming user interfaces for astronauts aboard the ISS. It turns out people in space prefer iPads to ThinkPads, but migrating the hyper-specific software is much harder than it seems. Cool job, but too much zero-gravity stress for this particular writer. 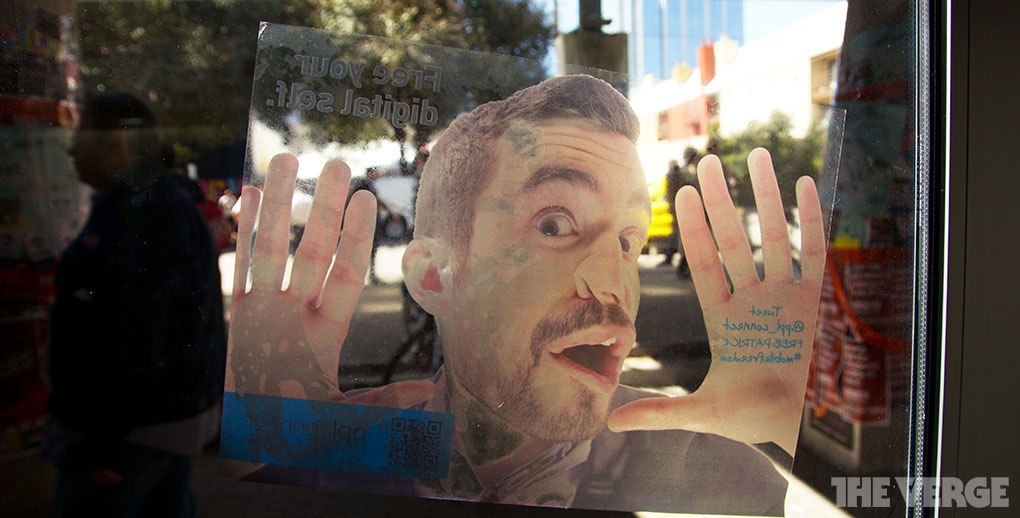 “I felt like a kid in a candy store walking around yesterday with all these geeks,” Shaq said of his Monday at SXSWi. Although I’m sure he loved seeing all the new gear and apps that surfaced this week, there’s no doubt in my mind that he was just continuing his own weird Wolfram-style liberal arts education: seeing all the good and bad options that are out there, amassing a diverse catalog of interests he’ll choose to act on in some amazing way in the future. Just as importantly, he’s learning what he doesn’t like. Basketball may have been his sexy headline. But without Twitter, without Tout, without the information he learned by swimming with the geeks, he might just be another retired ballplayer to all of us walking around with badges on this week. And that’s what’ll keep him alive in the memories of people who don’t give a fuck how sick his dunk was. His curiosity, his adaptability, and most of all his random acts of Shaqness in BOSTON/EVERYWHERE are what will live on in the hearts of geeks forever. That, and Shaq-fu.

The greatest hits of SXSW 2013