The Republican Party is trending libertarian with tech-savvy, activist youth

"Now, I was told I got 10 measly minutes," the junior senator from Kentucky said as he took the podium at this year’s Conservative Political Action Conference at the Gaylord National Resort in National Harbor, Maryland. "But just in case, I brought 13 hours’ worth of information." The crowd, well aware of Rand Paul’s recent half-day seizure of the Senate floor in protest of the White House’s drone policy, roared in approval. Paul, in jeans, cowboy boots, and a suit jacket, held up two thick binders with material from his heroic, old-school filibuster. "I also came with a message, a message for the president," he said. "A message that is loud and clear — a message that doesn’t mince words." But Paul’s message was preempted by a young man in the audience, who interrupted with a shout that could be heard across the Potomac ballroom: "don’t drone me, bro!" "That’s not exactly what I was thinking," Paul said. "However, I think he may have distilled my 13-hour speech into three words."

There’s a new crowd in town, and when they’re not shouting over Rand Paul, they’re standing up for him. And as they fill the halls of the Gaylord National Resort and Convention Center in National Harbor, Maryland, they will help debate the GOP’s ideological future after its second consecutive defeat in search of the White House.

This conservative crowd is young, loud, and more liberal than the GOP establishment

This is not the same party you saw on television at the 2012 Republican National Convention, which, if described in two words, would be "white" and "old." (Ornery supporters of Rand’s dad, Ron Paul, were infamously relegated to the convention’s hallways — there was no time for riff raff in the Republican establishment’s Mitt Romney parade.) But this conservative crowd is young, it’s loud, and it’s more liberal than the GOP establishment, which refuses to budge on an endless culture war that has dogged its success with young and diverse voters in recent election cycles.

"They're killing the party."

While some of the younger Republicans I met wanted to go off the record for fear of offending higher powers, their thoughts about the future of conservatism and the GOP were clear before even arriving at CPAC. "It’s obvious," one young College Republican told me outside of Union Station in Washington, D.C., wearing a suit that could make the cover of the next edition of Celebrating Wasp Style. "The party needs to embrace gay marriage. Ask anybody in my group and they’ll tell you they support it." The young man was disgusted that Sarah Palin and Donald Trump — who he called "representatives of the past" — had been invited to speak. "They’re killing the party," he said. 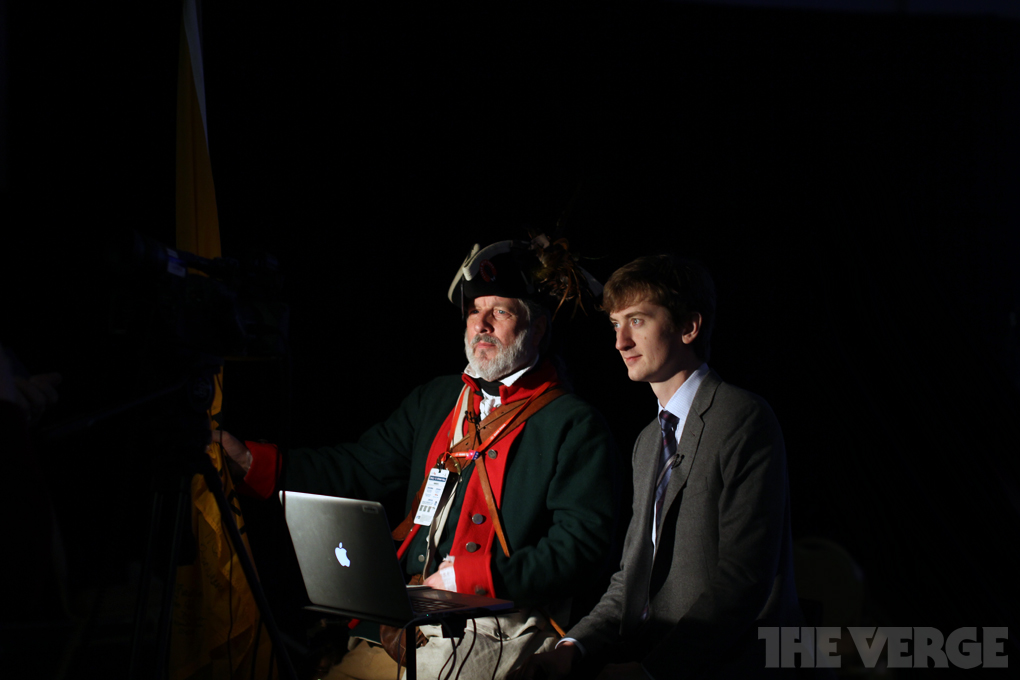 Of course, the party has more to solve than getting its ideas right with voters; it was rolled over by the Obama campaign in 2012, and needs to gain technological parity with the Democrats to win future elections. "The GOP as a whole is lagging on social media use," said Arianna, a student at the University of Chicago. You might think that reality would inspire more to attend panels at CPAC on technology, but a panel on "privacy, big data, memes & social media" was largely ignored. "Being considered a technology wizard in the US Senate is a lot like being the best surfer in Kansas," former Senator John Sununu opined. That’s not a problem for the party’s youth, which knows the importance of Facebook, Tumblr, Twitter, and other new forms of communication. It also hasn’t been a problem for the Paul family, which has been buoyed by fiercely outspoken libertarian support on sites like Reddit. (It helps that Reddit happens to be a libertarian dream world with few top-level regulations.)

Paul’s keynote was preceded on stage by Marco Rubio (R-FL), another young Tea Party senator in the new Republican vogue. But unlike Paul’s remarks, Rubio’s speech was a psalm on the same kind of American exceptionalism that you’d hear from the party’s vigorously jingoistic wing. "Now as soon as I’m done speaking, I’ll tell you what the criticism on the left is gonna be... that he didn’t offer any new ideas," Rubio said. "And there’s the fallacy of it. We don’t need a new idea, there is an idea — the idea is called America, and it still works." That’s not the kind of self-aware indictment the party needs to reverse its stunning electoral defeat, but like other Republican platitudes, it sure feels good to hear. 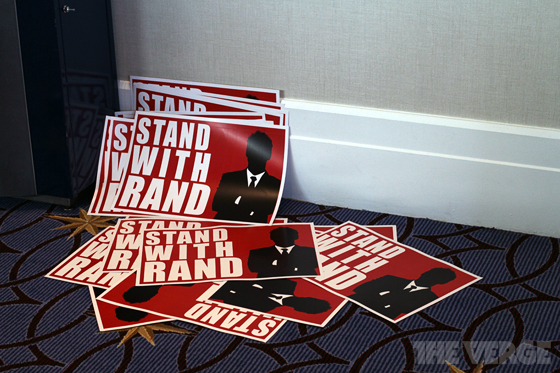 "The GOP of old has grown stale and moss covered. Our party is encumbered by an inconsistent approach to freedom."

Then there was Rand Paul. "The Republican party has to change," Paul said on stage, in his rare, vaguely southern accent. "The GOP of old has grown stale and moss covered," he said. "Our party is encumbered by an inconsistent approach to freedom. The new GOP will need to embrace liberty in both the economic and the personal sphere." Paul stroked the younger crowd in a way Rubio didn’t, pointing to their tech and intellectual savvy. "We need to jealously guard all our liberties," Paul said. "The ‘Facebook generation’ can detect falseness and hypocrisy a mile away. They want leaders that won’t feed them a line of crap, or sell them short. They aren't afraid of individual liberty. Ask the Facebook generation whether we should put a kid in jail for the nonviolent crime of drug use and you'll hear a resounding no."

Of course, Paul and Rubio are still two of the most conservative members of the Senate, and want to enact drastic cuts in government scope and spending that would send shivers even down the spines of some of their Republican colleagues. Paul’s actual recipe for so-called liberty — a hands-off government approach that would see things like the Department of Education completely eliminated, as well as federally-funded research involving robotic squirrels — still won’t appeal to a mainstream audience. But it has younger conservatives excited, and for every Marco Rubio sticker on the floor, there seemed to be ten for Rand Paul. Signage and apparel for Paul dominated the conference much in the same way that passion for Rand’s father Ron Paul has risen in other party gatherings in recent years. Paul supporters were told to leave their "Stand with Rand" signs at the door, but they snuck them in anyway. 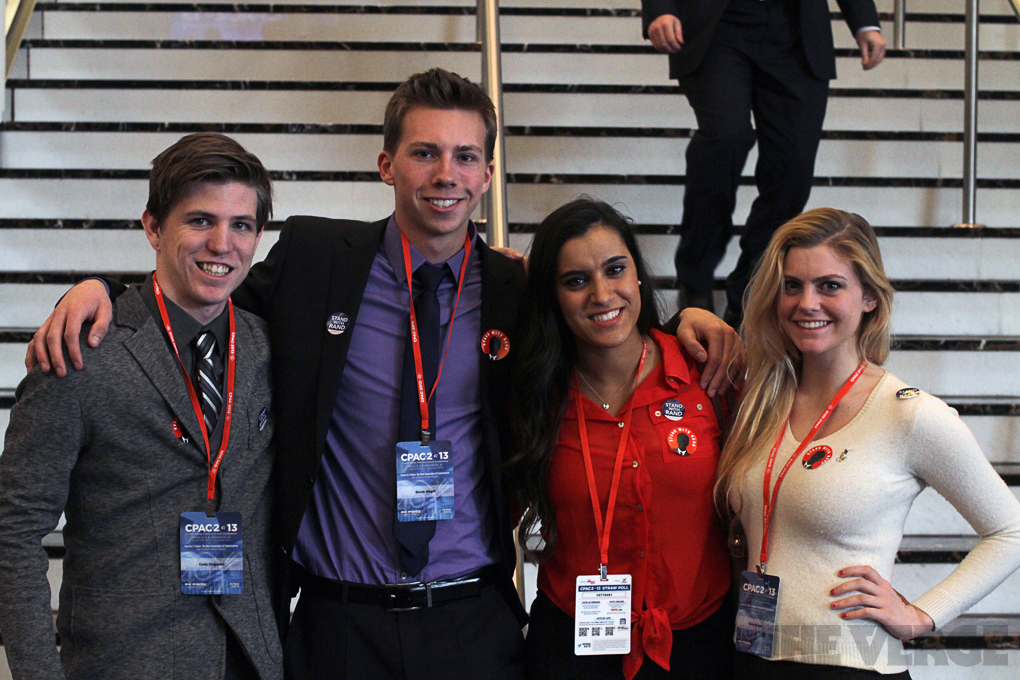 For many of the dozens of young conservatives I spoke to, Paul’s message was right on target. "We’re so well connected, and we can see through the bullshit," said Derek Magill, one of four friends from the University of Michigan. "Rand talks about ideas and principles, and actually gives reasons for what he believes." Another student, Marissa Allegra, said "we love Marco Rubio, but we see him doing what Obama does." "People should be able to marry whoever they want to marry," said Cody Chapman. "Get the government out of marriage completely... government has no moral right." Paul’s comments on the "Facebook generation" may ultimately be shallow lip-service to a group of voters that the GOP desperately needs to recruit, but all of the students I spoke to at CPAC could see him running for president in 2016 — and they’re eager to support him.

As Paul walked off stage, and a panel on the Benghazi attack began, hundreds of Paul loyalists quickly shuffled out of the room. They may not be interested in what the Republican establishment has to say on Obama’s failures and the "death of journalism," but if they want leaders like Rand Paul to succeed, they’ll have to walk back in the room when it really matters: when it’s time to vote.