Elephant populations are declining at alarming rates, but experts say gene maps may reverse the trend

The world's elephants are in a state of crisis. Populations are dwindling, poaching is on the rise, and the illegal ivory trade has shown no signs of slowing down. The lucrative underground business has turned parts of Africa into a grim, blood-soaked landscape, but many see hope in the form of a familiar forensic tool: DNA testing.

This week, the Convention on International Trade in Endangered Species (CITES) passed a new resolution that requires all 178 member countries to submit seized ivory for DNA testing, as part of a renewed effort to crack down on elephant poachers and the criminal networks behind them.

Experts say such testing can accurately identify the region where a given elephant was killed, thereby providing investigators with a detailed map of where poaching is most prevalent. When combined with existing information on known criminal networks, these data could help law enforcement track down responsible organizations, while pressuring implicated countries to take greater action within their borders.

The measure, passed at the CITES' annual conference in Bangkok on Wednesday, was immediately hailed as a "major success" by the Kenyan delegation that helped draft it, though its long-term impact ultimately depends on international cooperation and enforcement — two components that have thus far proven elusive.

For conservationists, the resolution comes at a critical time. Elephant poaching has skyrocketed in recent years, reaching levels not seen since CITES ratified an international ivory trade ban in 1989. Estimates from the UN Environmental Programme shows that global ivory trade has doubled since 2007, and tripled since 1998. In 2011, an estimated 17,000 elephants were illegally killed, and although official estimates have yet to be tabulated, experts say 2012 was likely even worse. Africa's forest elephants have seen an especially steep decline, with two-thirds of their population having been killed off within the past decade, according to a recent study.

Much of this decline has been fueled by increased demand from China, where deep cultural tradition and a burgeoning middle class have combined to raise prices of African ivory, making the trade more alluring to traffickers, and more susceptible to government corruption. Past efforts to curb the ivory trade have also been met with objections from some African nations, forcing CITES to implement a handful of "one-off" exceptions that some saw as an undermining threat to its 1989 ban.

But perhaps most problematic are the inherently covert parameters under which the ivory trade unfolds. In an effort to evade authorities, shipments are often routed through several ports, making their paths incredibly difficult to trace, and blame difficult to assign.

That's where the DNA comes in. 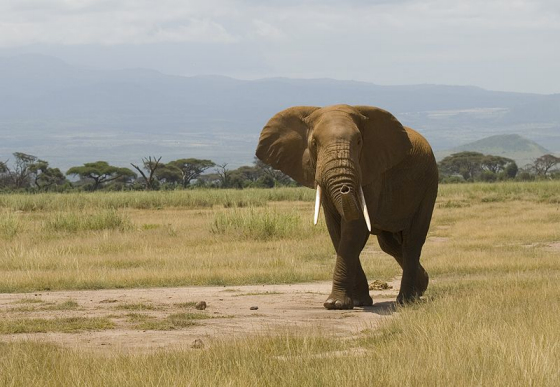 Dr. Samuel Wasser, a professor of biology at the University of Washington, is the pioneer behind the genetic techniques that CITES adopted this week. His methods were first published in the Proceedings of the National Academy of Sciences in 2007, but his work dates back to 2004, when his lab began creating a DNA map compiled from dung samples of African elephants.

Today, Wasser and his team continue to refine and expand upon the gene frequency map that guides their work, and have already produced impressive results. According to Wasser, his technique can pinpoint a given ivory seizure to its place of origin within a radius of 265 kilometers (165 miles), based on genetic patterns that correlate to specific regions.

"the only way to keep the animals from being killed in the first place."

Wasser, who helped draft the CITES resolution alongside the Kenyan delegation, acknowledges that the approach has some shortcomings; his lab still needs to expand its genetic database, and the method can only be applied to large samples of ivory rather than single tusks (CITES' mandate applies to seizures of at least 500 kilograms). But he maintains that the technique could go a long way toward not only stamping out current crime organizations, but preventing future poaching as well.

"Attacking the trade at its source is the most direct and least expensive way to control this transnational organized crime by choking the networks that supply this trade," Wasser said in an email to The Verge. "It is also the only way to keep the animals from being killed in the first place." 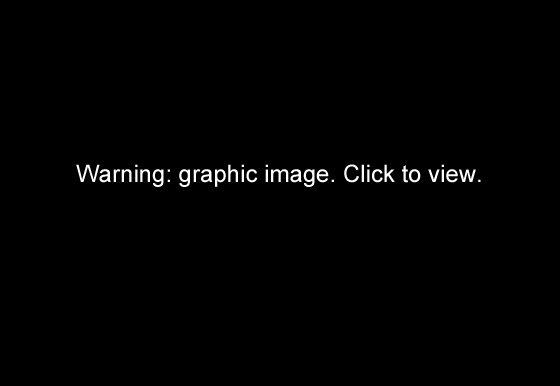 The idea, Wasser explains, is to highlight areas where poaching is particularly dense, while easing diplomatic relations among so-called "transit" countries unwittingly implicated in ivory trafficking. A CITES report published last year, for instance, recommended sanctions against transit countries that conducted ivory seizures at their ports, even if the illicit shipments were destined for another location. By establishing a clear source country, Wasser's method would allow policymakers to sharpen their focus on particularly problematic regions, rather than intermediaries.

"With so many large ivory seizures taking place, it’s surprising to think that the ivory itself holds within its DNA the answer to the crime problem," Allan said.

The only question is whether all 178 CITES countries — including China — will actually adhere to this new resolution. Here, Wasser strikes a more cautious tone.

The UN Office of Drugs and Crime will soon publish oversight measures that would punish any countries found to be in violation of CITES' mandate, though Wasser acknowledges that the effectiveness of his method will ultimately hinge upon the vigilance of local law enforcement. And as ivory prices continue to climb, he says global leaders must focus their efforts on "decreasing demand over the long term" — something that likely won't be achieved with a single policy.