The Classics: 'Tales of the Unknown Volume 1: The Bard's Tale'

The Classics: 'Tales of the Unknown Volume 1: The Bard's Tale'

The year was 1986. A much-younger version of myself went over to my friend Frank's house to play games on his dad's Apple IIe. My gaming experience had been fairly limited up to that point — highlighted by Karateka, Oregon Trail, and some frustrated fumblings around the Zork trilogy (my love for all things Infocom wouldn't blossom for another year). I was about to be introduced to a new game, however; one that would burn its way fiercely into my brain.

Frank handed me a grey cardboard gatefold. Tales of the Unknown Volume 1: The Bard's Tale. 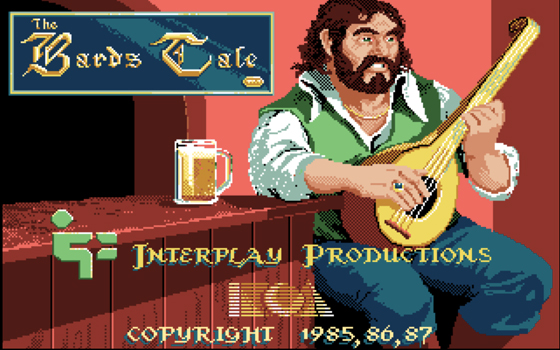 Originally released by Electronic Arts in 1985, The Bard's Tale is a first-person perspective role-playing game. Set in the town of Skara Brae — cut off from the rest of the world by an evil spell — you guide your party of six adventurers through an assortment of different mazes and dungeons. The goal? Taking down the evil archmage Mangar, and freeing the city in the process. It has all the RPG tropes of its time: character classes like sorcerers, paladins, and rogues, with players choosing from races like humans, elves, and half-orcs to build their party. The titular bard character class is described as a former warrior with a penchant for ale, one who can create magic simply by playing songs.

The landscape in those days was littered with dungeon crawlers. Die-based RPGs like Dungeons & Dragons were still in vogue, and the emphasis on the computer side was in recreating that experience — usually with rudimentary visuals and extraordinarily steep learning curves. In comparison, The Bard's Tale used early color 3D graphics, a straightforward gaming system, and a dry sense of wit to keep you engaged. Even when your entire party was killed, and you had to run back to a temple to revive them, you never felt like you were wrestling with an obtuse game; you felt like you were simply grappling with the world of Skara Brae itself. 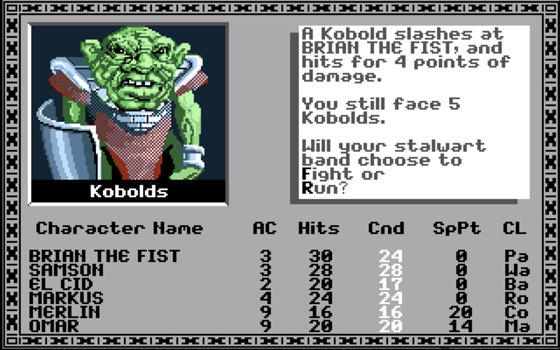 It was a massive hit as a result, and was released on virtually every computer on the market at the time. From MS-DOS machines to the Atari ST, if you had a computer, you could play The Bard's Tale. (When my family got our own computer, my first purchase was the Apple IIGS port.) The brand become so popular it even spawned a series of paperbacks in the 1990s.

While enjoyable, the sequels The Destiny Knight and Thief of Fate never lived up to the original game; in the quest to add complexity, the straightforward charm of the original slowly ebbed away. The studio that created The Bard's Tale, Interplay Productions, went on to produce a number of iconic titles, however — including the game adaptation of William Gibson's Neuromancer.

Fortunately, there are several ways to play the original today. Interplay founder Brian Fargo later started inXile Entertainment, whose debut release was a game titled — yes, you guessed it — The Bard's Tale. That 2004 console game was neither a sequel nor a reboot, but rather a new property with a familiar name. However, it's since trickled down to smartphones, moderns PCs, and the Mac — and now comes bundled with the original Bard's Tale trilogy in its entirety. If you want to really step back in time, however, there are disk images and emulators across the internet for almost every version of the original — giving you the complete flashback experience.

Playing it today is a reminder of the delicate balance between story, game mechanics, and sheer fun. Its graphics may seem primitive, and we've come a long way from its keyboard-heavy gameplay, but the charm of The Bard's Tale persists.