A ThinkPad — whether it was made 20 years ago by IBM or just last month by Lenovo — is instantly recognizable: the black boxes with a red TrackPoint nub in the middle have changed over the years, but they've been some of the most consistent pieces of hardware in an ever-changing industry. Lenovo is now undertaking one its most significant efforts in recent history to modernize the brand while very clearly maintaining that ThinkPad look. It's starting with the T431s, a redesigned ultrabook in the famed T series that the company is announcing today and plans to release this April for $949.

The ThinkPad T431s isn't the first ultrabook in the T series — its predecessor, the T430s, took that distinction last year — but it builds on the consumer-oriented changes introduced in the excellent X1 Carbon, and it shows us numerous changes that we'll likely see diffused across the rest of the ThinkPad line. The first change you'll notice is that Lenovo has dared to change the color from pure black to "Graphite Black." Don't worry — it still has that soft-touch satin finish the ThinkPad line is known for. Lenovo has also meddled with the iconic ThinkPad keyboard: we're told it's physically the same as the chiclet one found on the X1 Carbon, but the function keys now default to media and Windows 8-specific actions (unless you enable the Fn lock key) and — thankfully — there's an option for a backlit keyboard.

Update: We've had some time with the (powered-down) T431s and the short version of our impressions is as follow: Lenovo seems to really have kept the best parts of the ThinkPad and jettisoned the worst. By cleaning up the overall keyboard layout and swapping out those prominent mouse buttons, Lenovo has created a more approachable and (hopefully) more usable laptop. Lenovo's new hinge lowers the overall height of the T431s when opened, and although you might complain that it take a bit too much inspiration from MacBook designs, Lenovo's take on the hinge feels both more stable and obviously more utilitarian thanks to the ability to open up a full 180 degrees. The latches are gone, the little rubber bumpers on the monitor are now integrated into the edge, and the overall feel of the painted finish is much nicer than the T430.

There has always been something austere and 1980s-era IBM about ThinkPad design that was kind of cool but still a little antiquated. Lenovo has managed to update that ID for an age when laptop design overall is more competitive without completely dropping the old aesthetic. And yes, it still has the keyboard liquid passthrough for you coffee-spillers out there. 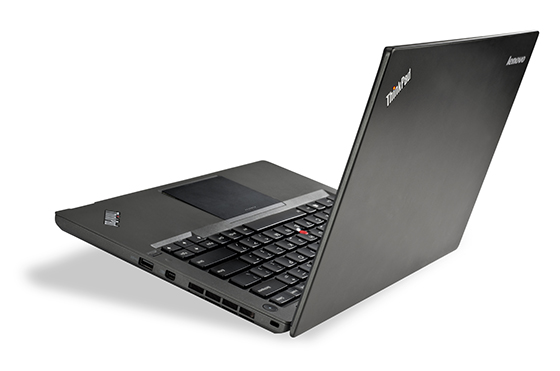 Black is out — and "Graphite Black" is in

The touchpad, meanwhile, looks to have received a very welcome update: borrowing from the delayed ThinkPad Helix, the buttons that function with the TrackPoint nub are built into the glass trackpad, giving it an appreciated boost in surface area. The company says there are a total of 26 visual changes across the machine; some of the more minor tweaks include a flipped ThinkPad logo on the lid (so that it reads right-way-up when the lid is open) with a build-in red LED, speakers hidden near the hinges, a latch-less lid mechanism, and a new hinge that opens 180 degrees.

Hardware-wise, the T431s is on the chunkier end of the ultrabook scale at 3.6 pounds and 0.8-inches thick, but it has a 14-inch, 1600 x 900 matte display and its carbon fiber lid / magnesium construction combo meets the same military ruggedness standards as other ThinkPads, according to Lenovo. It also has full-sized Ethernet and VGA ports, in addition to two USB 3.0 ports, Mini DisplayPort, and an SD card slot. Internally, the ultrabook is powered a dual-core, 1.8GHz Core i5 processor (available with up to a 2.1GHz Core i7) and 4GB of RAM (expandable to 12GB). It also has a 720p webcam, and the base specification comes with a 320GB hard drive, though hybrid and SSD-only options will be available. Lenovo rates the (sealed) battery for "up to" eight hours, and there's an optional HSPA+ WWAN module. 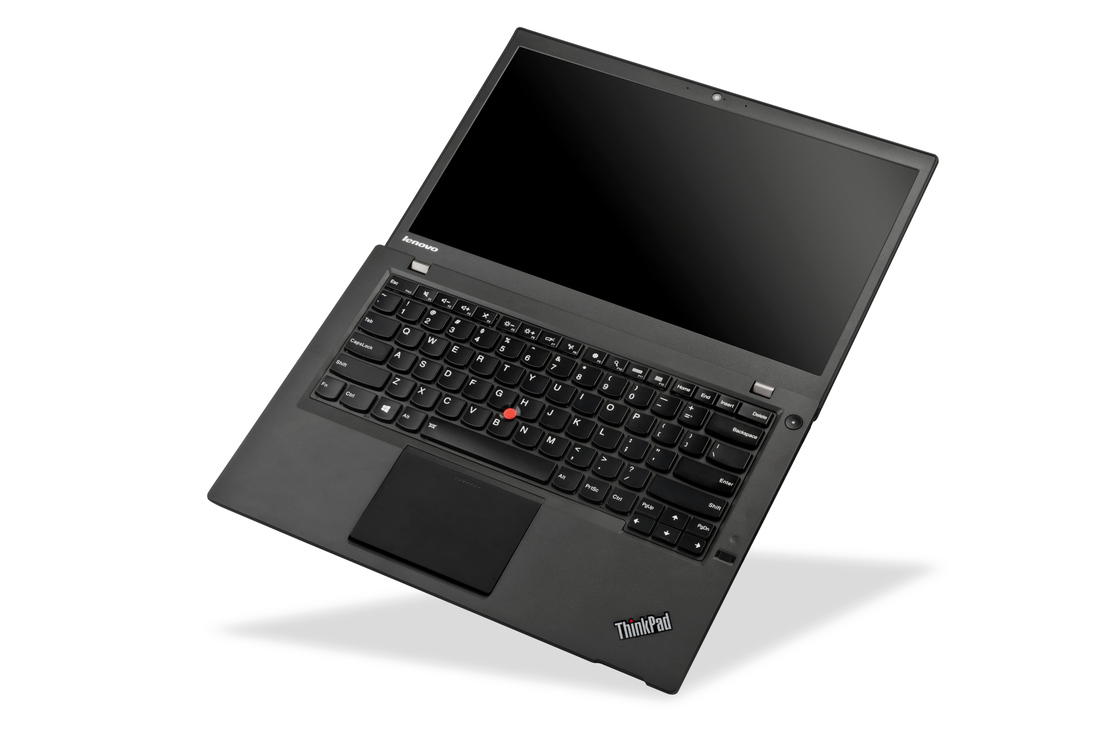 Redesigned, but no touchscreen

Lenovo says it undertook a nine month research project across nine countries to come up with the redesigns to the ThinkPad formula, and apparently part of the research led the company to leave out a touchscreen. In terms of when we'll see this changes make their way to more of the ThinkPad line, representatives wouldn't give us any information — but it did reveal a prototype on stage at Engadget Expand of a new 12-inch X series ThinkPad, styled after the ThinkPad T431s. And, in a blog post, the company says the T431s "represents the path we’re charting as we begin to integrate more consumer insight into our ThinkPad products." Without a touchscreen option, however, it may not have much appeal for consumers at $949.

Dieter Bohn contributed to this report.