Apple has just released iOS 6.1.3, which fixes the lockscreen vulnerability bug that has been an issue for the last month or so. This update appears to be rolling out in waves; some Verge staffers have seen it appear on the Verizon iPhone 4S and iPhone 5, but some other Verizon iPhone 5 owners and AT&T iPhone owners have not seen the update roll out. We've also heard from international iPhone 5 owners that the update is rolling out, so we expect it'll be available to everyone soon. This update comes just over a month since Apple acknowledged the problem — not the timeliest of updates, but it was a rather obscure bug to begin with that likely wasn't affecting too many users. The update also includes some updates to Maps in Japan — again not a surprise, since we know Apple's been working to get its app up to par with the competition. 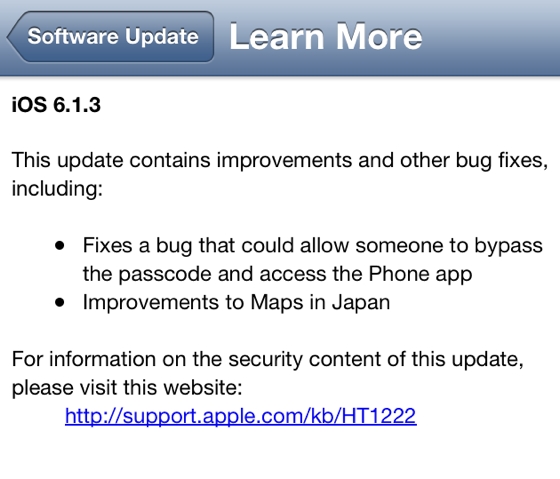