Microsoft wants Windows 8 and Windows Phone developers to create apps for its platforms, and it's tempting them by offering up hard cash. In a new US marketing effort, Microsoft is offering developers $100 per app for newly published applications submitted to the Windows Phone Store or the Windows Store by June 30th. Developers can net $2,000 in total by submitting up to 10 apps to each store.

The terms and conditions are fairly straight forward. All apps must comply with the usual certification requirements, and developers must create applications for a purpose other than just launching a web page. Cloned variations from previously published apps are banned from the promotion, and the offer is limited to the first 10,000 qualified entries until June 30th. The promotion started earlier this month, but Microsoft has not yet been heavily promoting it.

Will this generate quality or just quantity?

Microsoft has claimed Windows 8 is off to a "solid start" with 60 million licenses sold so far and 100 million app downloads, but the company doesn't always speak app numbers and figures. The latest promotion could be a good way to generate interest in the platforms, but it's questionable whether this will generate quality applications vs. quantity. Microsoft is relying heavily on third-party developers to build next-generation apps for its Windows 8 and Windows Phone platforms, but the company still lags behind the numbers and big name apps available on iOS and Android. 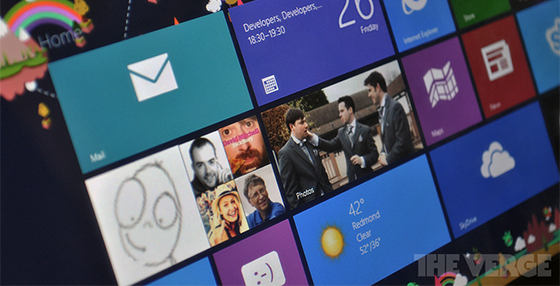 Redmond faces a race against BlackBerry to secure third-place in the smartphone market. BlackBerry is also tempting developers with cash incentives, promising to cut a check for BlackBerry 10 apps that fail to make at least $10,000 in the first year. Charlie Kindel, a former Windows Phone manager at Microsoft, described paying developers as a "bad idea" in a blog post late last year. He admits that the Windows Phone team "were willing to do just about anything to get apps on to the platform," and he predicted that the software maker was planning further cash incentives for Windows itself.

Kindel explained at the time that Steven Sinofsky, who previously ran the Windows division, opposed paying developers for apps. Sinofsky announced his departure from Microsoft back in November. "If I’m right, and we start to see clear evidence that Microsoft is paying for apps then Windows is in even more trouble than most of us already believe," said Kindel. It appears Kindel was correct, but it's not clear if this is just a short-term marketing test or sign of future plans. Windows 8 has only been available for for a few months, and if it's the long bet that Microsoft has led us to believe then it's far too early to predict the outcome.