Pinterest rolls out a redesign, but the biggest changes are yet to come

Share All sharing options for: Pinterest rolls out a redesign, but the biggest changes are yet to come

By the numbers, Pinterest is one of the largest social networks on the web. A Pew poll last month showed it nearly even with Twitter, with 15% of online adults signed up as Pinners. As a newcomer to the market, it’s struggled to build a technical infrastructure to match its numbers, but recent moves show the company gearing up for bigger things. This week, the company unveiled a new redesign that's been quietly rolling out to users since January, including a fresh layout and an overhauled back end.

It's not flashy, but it includes a few important changes that hint at what the site has in store, both for users and for corporate partners. Pinterest wanted to avoid the usual redesign backlash Facebook has courted so many times, so most of the cosmetic changes are minimal: a few new info boxes, but nothing that big enough to change the look of the site. "We got a lot of comments from users, about how nice it was that it didn't change up," said lead product designer Jason Wilson.

A new kind of engine, powered by pinners instead of churning algorithms

The changes, for the most part, came on the back end. Pinterest added tens of millions of new users in the last year, and the infrastructure is still catching up. As engineer Josh Inkenbrandt put it, "a lot of the stuff was just built by whoever was there." Before the site could add products like onboard analytics, the back end of the site had to be reformed into discrete modules that engineers could build on.

The first of those features has already quietly arrived: the single-pin view now reveals similar items as you scroll down. On the face of it, it's an old idea — a late-comer in the wave of recommendation-engine tech that Amazon and Netflix have been surfing for years — but the Pinterest team sees it as a new kind of engine, powered by Pinners instead of churning algorithms. (The company also recently acquired the mobile recommendatiom service Livestar, which suggests they're just getting started in this space.)

Instead of analyzing the content itself, the new recommendation tool looks at every board a given item has been pinned to, and highlights other items from the same boards. The connections might be varied or idiosyncratic — the same Godard photo might be on both a "French Film" board and a "Great Sunglasses" board — but if enough users make the same connection, it should be meaningful. "We don't have to run some crazy algorithm to try to find these edges, because people have already built those things up for us," said Inkenbrandt. "The graph is really simple. It's very minimal on our end." 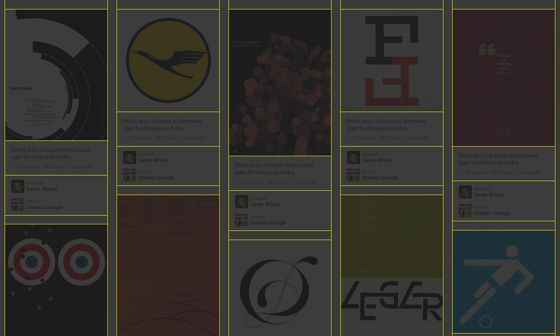 A design wireframe for the new board layout

"The graph is really simple. It's very minimal on our end."

It's a stark contrast to the data-mashing that powers most recommendation engines -- and with more than four million people logging in each day, there'll be no shortage of recommenders to power it. The feature also takes advantage of the endless scrolling page-style that's become Pinterest's most popular (and most copied) design element. Nearly every page on Pinterest now scrolls indefinitely, from the homepage to single pins. The user base is large enough and active enough to provide a massive stream of recommended items, so there's no reason for a page to ever stop. As long as you're curious, the site will have more to show you.

It's a tuned-up version of the recommendations that have always been Pinterest's core strength, one that's made them an attractive but elusive target for marketers. But combined with the backend changes — and the much-anticipated API — it could set the stage for big changes in the months to come.