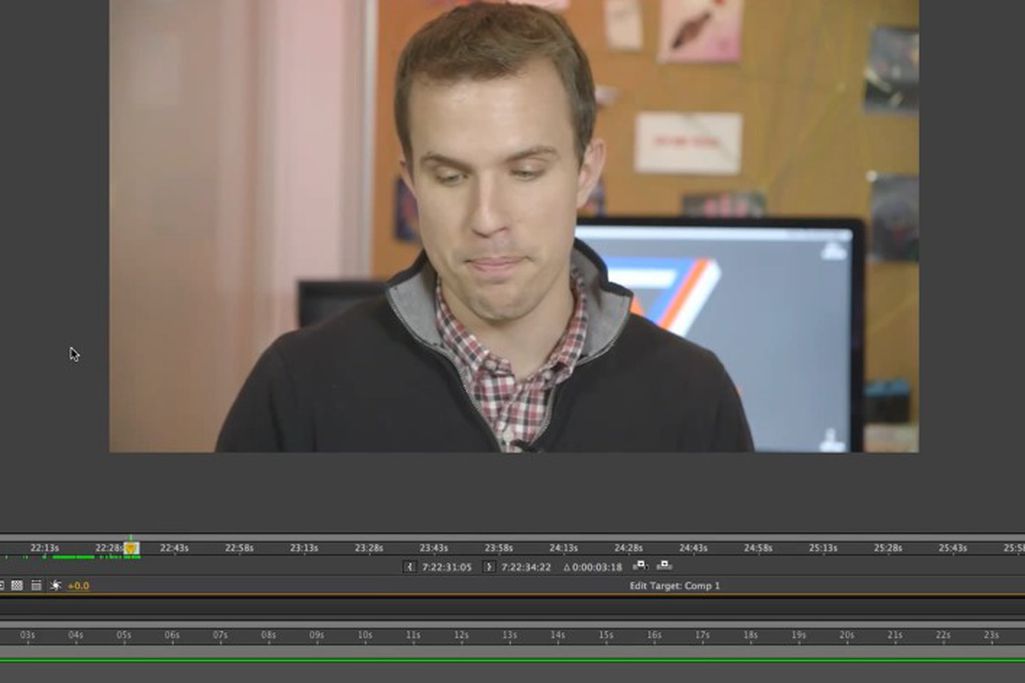 An ancient pond
a frog jumps in
the splash of water

Humans have always lived singularly in the present moment; the internet has only accelerated the pace that we leap from one lily pad of existence to the next. And we’ve always tried to capture that experience and share it with others: in a poem, or a film, or even a pithy tweet. But nothing comes close to capturing our essential moments like the Animated GIF.

Does someone on an internet forum need a reality check? Just tell them to deal with it. Do you need to capture that perfect moment from your favorite film? Freeze it in time. Did you just catch The Verge’s Sam Sheffer performing new feats of swag? Time to share a GIF in IRC.

The great GIFs of our time are short, seamless, and salient. Technically speaking, there’s not a lot to master to make top-shelf animations; you’ll need to hone a few skills to nail image fidelity, file size, and framerate, and there are plenty of tools available to help streamline the process. But true masters eventually transcend technique, and you’ll need to fully enter the world of the GIF – to exploit its possibilities by knowing its limits. You’ve got to be the GIF.

All the fancy tools and special effects in the world won’t elevate your work to internet fame if you don’t frame the GIF properly. Like most of the visual arts, you need to develop an eye for the moment. Cut the moment too short, and you’ll leave people yearning for the full experience. Run it too long, and you’ll dilute its character. And, of course, you’ve got to choose the right moment to begin with.

There’s a rhythm and balance to good GIF-making, just like any good joke, photograph, or song. For example, this starts with a simple rehydration on the sidelines at a hockey game, begins going wrong with a grab of the wrong end of the bottle, and ends with a look left hoping nobody on the bench caught it. Or this awkward pocket frustration goes on just long enough, cutting after about six failed attempts to find a pocket.

The GIF economy is overflowing with junk that’s sloppily uploaded and not built for long-term returns. Sometimes there’s a good reason to short sell a GIF, especially if it’s a response to something timely. But the GIFs that are artfully cropped, timed, and optimized won’t depreciate – those are GIFs you hold onto for the long-haul in a vault on your hard drives.

Your first step is finding raw material. If you want to start practicing, hundreds of hours of America’s Funniest Home Videos are online, begging to be reworked. Once you find your clip, you’ll need to study it intimately. Play it through seven or eight times. Maybe 20. You’re working with a clip that has its own built-in rhythms and moments, and it’s your decision to either emphasize that or subvert it. Watch what comes before and after the action. Will it work better with a brief intro before the action starts, teasing the terror that’s to come? Or would it be better to start with the nasty fall, and let the GIF play out an extra beat to show the delayed reaction from all the guilty bystanders in the scene? If you’re getting more advanced, is it really worth cutting in reaction shots? File size is always a concern, but whether you’re working with a single continuous shot or a couple quick cuts, timing is everything.

"Deal With It" is a meme born from GIF. Though the exact origin is unknown, lost in the ether likely due to how inconsequential it seemed at the time, the animated "DWI" likely started in the Something Awful forums sometime before June 2010. Here’s the gist:

Though there are various interpretations (of proportionally-variable complexity), at its core, Deal With It is a simple image of someone wearing iconic pixelated sunglasses — even / especially if they themselves are not pixelated — showing absolute nonchalance. More often than not, however, those glasses float down from above and fall near-perfectly (except for the one extruding temple) on his / her / its face.

Still pictures work well, and you can quickly lighten up a group chat or tension-filled meeting with the results of the handy DWI web applet. It’s a free site that lets you quickly create Deal With It images without the need to fire up Photoshop. But once video is added to the mix, we begin to stumble into the realm of the truly memorable: 1, 2, 3, 4.

Then again, if ‘DWI’ doesn’t do it for you, perhaps Blingee is more your style? 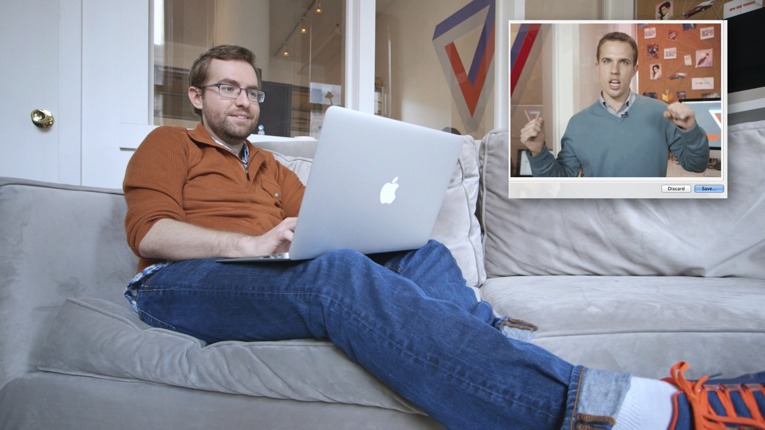 iOS apps like Vine and Cinemagram have recently combined the aesthetic of the GIF with the simplicity of Instagram, but the best GIFs are still coming from found footage or self-shot video, much of it from a single shot or handheld camera. There’s still billions of hours of un-GIFed content, just waiting to be massaged into the format. There are infinitely more complex ways of doing this, but for now let’s focus on the basics, which are applicable no matter how good you are at After Effects.

Step one: Find your video

It could be a live 1080p stream of the Olympics you’re saving to your hacked XBMC, or a QuickTime screen capture of a LiveLeak video of meteors exploding in Russia’s atmosphere. You’ve got a ton of options out there, but we generally recommend saving as a .mov file for ease of use in the next few steps of the process.

Sometimes you’ll need to rip a few seconds of a video from the internet if a file isn’t available to download. If you don’t feel like messing with wonky browser plugins, there are good standalone apps you can use. For Windows PCs, Bandicam is a great option – it lets users select a custom-sized rectangle on the screen, or a specific target window to record. Once you’ve captured the file, you can import it into your program of choice. For Mac OSX, the answer is simple: QuickTime.

You can actually do quite a bit of early prep work in QuickTime (which will save you time down the line) tweaking length and endpoints before you bring it into your GIF-making app of choice. Spend some time here watching your clip over and over, and make sure you have the timing down before moving on.

For OS X, we’ve been having fun with GIF Brewery, which is about five dollars in the Mac App Store. It’s simple, intuitive, and relatively cheap. If you’re a Windows PC user, you should check out GIF Animator – it’s not as handsome as GIF Brewery, but it’ll get the job done just fine. And if you’d like an alternative for mobile, you can try GIFBoom. The desktop apps are simple: just select your video file, and they do most of the work for you.

Now it’s time for the edit. Unlike video, a GIF doesn’t need a specific aspect ratio, so for sake of focus and file size we’d say crop to whatever framing makes the most sense. You’ll be resizing eventually, too. Seriously, when was the last time you saw a 1080p GIF?

Because of the limitations of the medium, captions can play a huge part in maximizing your message – if used appropriately and sparingly. Most GIFs won’t need text, but if you’ve got a clever line to supplement your animation, you can use the title tool to insert text at just the right moment. Unfortunately with GIF Brewery, you can’t choose text on a frame-by-frame basis. It’s really all or nothing.

Framerate is the other key factor. If the app you’re using lets you adjust framerate, we generally start at 12fps, or as high as 18fps if there’s dialog (it’s pretty tough to read lips at lower than 15fps).

Okay, your work of art is ready to be birthed, it’s time to export and compress. Again, file size is essential, and we generally shoot for under 1MB — ideally half that but 2MB is the limit for sites like Tumblr and Imgur. If you’re running over the limit, you can try reducing the framerate and the image size, but be sure to strike the appropriate balance; for GIFs where the framerate is essential, you’ll want to sacrifice size before speed.

Secrets of the squirt

Remember that failed attempt to quench thirst at the hockey rink? It’s a great example of how just a couple of considerations can make-or-break your animation. First, take a look at the refined version. Now, take a look at a different cut of the same scene. Notice the difference? There are two key factors that make this GIF much better than this one. First, notice the framing of the subject. The large version includes a lot of stuff that’s totally needless: other hockey players sitting doing nothing interesting, the chopped-off head of the coach, and a hockey skate kicked over the bench that completely overpowers and distracts from the only essential part of the scene. Nothing is lost in the cropped version, but much is gained; there’s no question you’re looking at a hockey player on the bench, and there’s nothing to distract from the one thing this GIF has going for it.

It’s easy to miss, but the creator of the refined bottle squirt GIF also made better editorial choices. The larger GIF ends too soon – you don’t get to see the player’s subtle look to the left, which is just enough to balance the gaffe with both the hockey player’s and the GIF viewer’s reaction. Timing is everything. 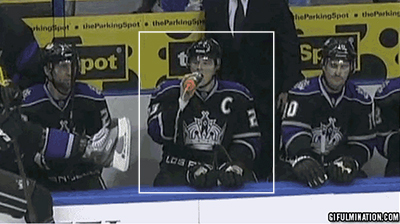 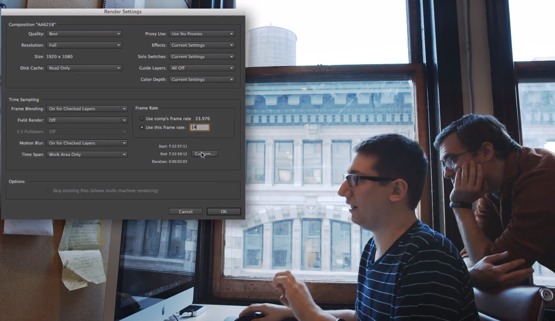 Once you’ve got the basics down, you might be ready to go pro with tools like Premiere, Apple’s Motion, After Effects, and Photoshop, which let you take your GIFs to the next level. Frame-by-frame text effects. Easier editing. Color overlays. Visual tweaking, zooms, and blurs. Essentially, all the power of filmmaking rolled out in support of your 2 seconds of bliss.

But remember your roots. It’s easy to be seduced into becoming the Michael Bay of GIFs where your early work shows a deep understanding of 100 frames of fun and good timing, while your overpowered late era GIFs are marked by a penchant for destruction, explosion, and complete lack of storytelling logic no matter what the cost. In other words, it’s extremely easy to get distracted by the power of the apps, and as with any form of storytelling, you’d be wise to focus on your story instead of the pencils, paper stock, and keyboards you’re writing it with.

That’s not to say complexity can’t work; some of the best GIFs are effectively complex visual effects shots, mixing quick cuts, superimposed effects, and inside jokes. Or just represent an insane amount of work. Or illustrate collapsing cooling towers. Just never forget that a simple runaway golf cart or some idiot wakeboarding down a flooded street can be just as effective as James Bond playing Mario Kart. 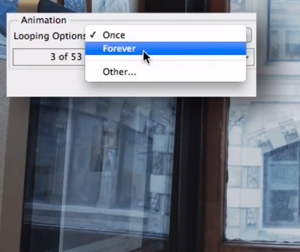 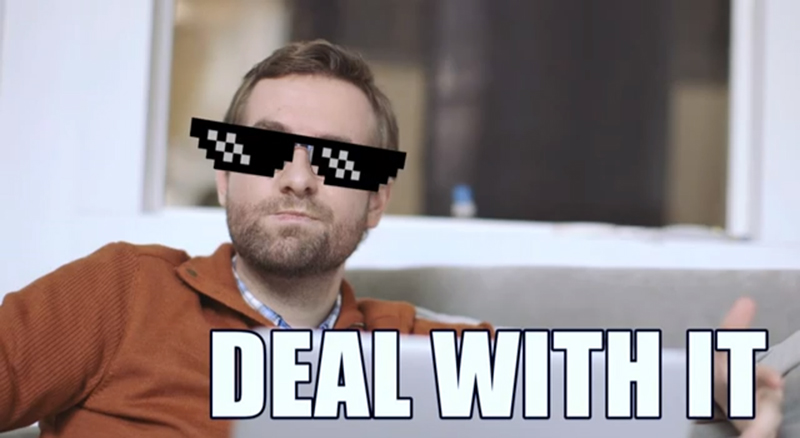 Communicating things in the right place at the right time is its own art. Even if you’ve mastered the technical side of GIF making, there’s the social; when should you reveal it? And where?

Waiting for the right moment to drop a GIF into a chat or a forum thread is just as important as capturing the right moment for the GIF itself. Pull the trigger too early, or when people are distracted, and your work is likely to be buried or unappreciated – unless you want to risk seeming too ambitious for your own good by peddling it again later.

Just like any other skill, expert GIF-making takes loads of practice. Don’t be afraid to jump in the pond – the more you do it, the bigger your splash will be on the web. Now, get out.