Recently, something strange has been happening to the grammatically-questionable graffiti that covers much of London. One graffitied billboard in Tower Hill (pictured above) used to say "I wud," pointing to a large image of a young woman wearing one of two pairs of glasses she apparently purchased for just £69 (around $105). The author's bold and original statement saw its spelling corrected from "wud" to "would," and it's one of many such corrections London's graffiti artists have endured over the past weeks. "Mek Money Get Huneys," has been decoded and changed to Make Money Get Honeys; "Hate the Poilce" now says hate the Police; and "Smash the Olimpiks" was clarified to read Smash the Olympics. 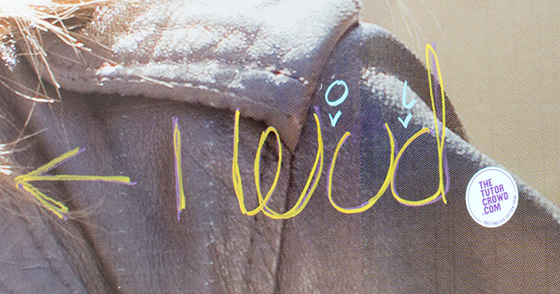 It's all part of a marketing campaign for The Tutor Crowd, a company that matches prospective English students with tutors that best fit their needs. The concept of "guerrilla marketing" — advertising that gets its message across in a low-cost, unconventional way — is nothing new, but The Tutor Crowd's focus on cleaning up the daily torrent of English mishaps that fill the streets of London is pretty novel. The company has set up a Tumblr with all the photos and locations of its corrections, and there are some real gems in there. 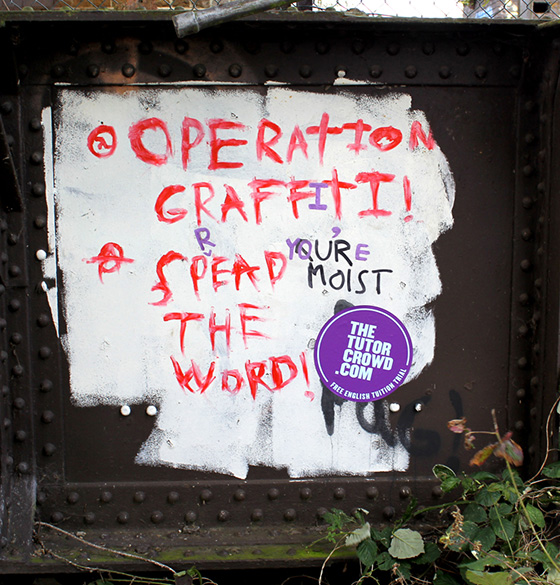