Print your own Google Glass and look the part

Share All sharing options for: Print your own Google Glass and look the part

Han Solo, Honest Abe, and even Aristotle are just a few of the people who look absolutely fantastic wearing their Google Glass computers. But unless you're a deep-pocketed developer from the US, chances are nil of getting anywhere near the audacious $1,500 spectacles. So why not do the next best thing and print a pair?

That's exactly what Sander Veenhof and Klasien van de Zandschulp did, whom I discovered this morning in an Amsterdam cafe cheerfully muttering nonsense into their oblivious eyewear. The 3D printed glasses share all the notable design flourishes of the Google originals, including a small transparent "display" that had to be cut and affixed manually. The end result is accurate enough to amuse those of us in on the joke, and nerdy enough to bemuse pretty much everybody else. 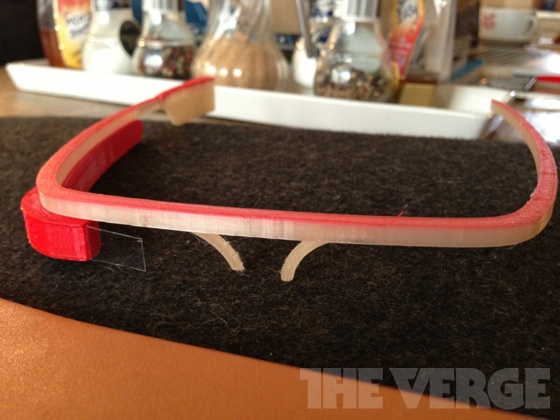 The 3D model is hosted on Thingiverse and is based upon a drawing originally found at Google Sketchup. The STL files are available to download now for printing at the 3D shop of your choosing.