The madness of March: why the 'Big Dance' may affect fans' minds more than other sports

The psychology of bracketology

Share All sharing options for: The madness of March: why the 'Big Dance' may affect fans' minds more than other sports

Are you suffering from any one or more of the following side effects: anger, euphoria, depression, frustration, aggression, arousal? Sit down, breathe, and try to relax. You may be experiencing "march madness," but the conditions are temporary and should last only until April 8th. If not, consider seeing a doctor.

To be fair, there is no actual clinical condition that occurs from watching the annual NCAA college basketball tournament, the 75th edition of which is now approaching its close. But over four decades of research has shown that these heightened psychological and emotional effects do occur in all sports fans during and after viewing games, rising and falling along with their teams. Even compared to other major sports, the distinctive structure and culture of men's college basketball may make these effects even more pronounced during March Madness.

March Madness "may result in more intense feelings of sorrow or joy for fans."

"The NCAA college basketball tournament is sort of a unique creature," said psychologist Daniel Wann in an interview with The Verge. "The varying rounds, the brackets, the upsets, the fact that it's single-elimination, loser-go-home. All of that, especially the finality associated with each game, may result in more intense feelings of sorrow or joy for fans."

Wann, a psychology professor at Murray State University in Murray, Kentucky, specializes in the psychology of sports fandom. To call him one of the leading researchers in the field may be an understatement, considering he's authored or co-authored nearly 200 papers and three books on the subject going back to the late 1980s. The majority of Wann's research has focused on college basketball, using student fans as subjects. Wann says this has been the case more out of circumstance than any preference on his part. Besides Murray State, he has worked out of Kansas University, a school and campus legendary for its large NCAA basketball following.

Everything Wann and his colleagues have found in their work indicates that fandom is a unique psychological and emotional phenomena. Unsurprisingly, the most committed fans have the most heightened viewing experiences. "Overall the more a fan cares, the more intense their reaction to a game is going to be, both positive and negative," Wann told The Verge.

"The more a fan cares, the more intense their reaction to a game is going to be, both positive and negative."

In 1993, Wann and University of Kansas psychology professor Nyla Branscombe developed one of the most influential scales for measuring fan commitment, the Sport Spectator Identification Scale (SSIS). Later, Wann came up with a fan commitment index specific to particular teams. The scales ask fans to rate themselves using seven questions, including basic ones like "how important is being a fan to you?" Then fans are typically then divided into various groups depending on their own self-ratings, asked to attend or watch games on TV, and asked about their emotional responses afterward. While all that may seem straightforward even to non-fans without psychology degrees, Wann and his colleagues have found some surprising results in the course of their research.

For example, in a 1997 study, Wann and another researcher, Michael Schrader, confirmed that die-hard fans derive the most enjoyment from seeing their team win. But counterintuitively, the study also found the emotional responses of die-hard fans who saw their team lose were about the same as those of more casual fan viewers, win or lose. In a 2007 study, Wann and Joshua Polk discovered that die-hard fans tended to be more trustworthy than less committed spectators. And though there are of course limitations to these types of survey questionnaires, recent brain scans of college basketball spectators conducted by neuroscience researchers at Duke University back up the fact that fans have measurably different emotional responses to game outcomes that even affected their memory of the games. 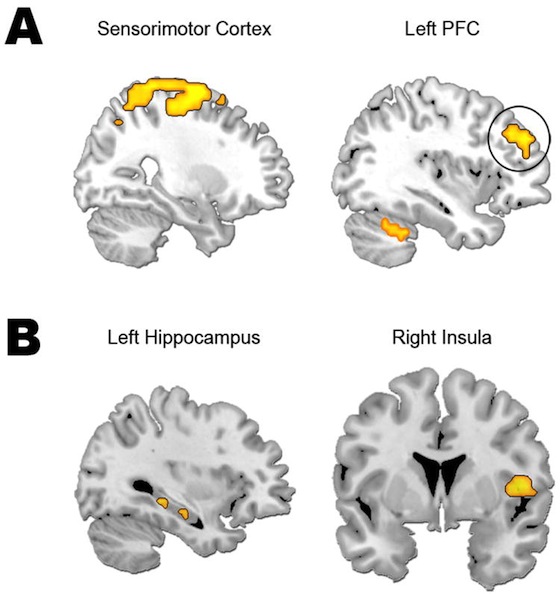 "These sorts of clinical reactions are rare."

"There's the happy side and then there's the darker side," Wann told The Verge. "You're always going to have both sides of the coin in sports, whether that's depression or anger from a loss, or euphoria, feeling like you're on top of the world from a win." Fortunately, as Wann's work has shown, most fans, even die-hards are are able to keep those reactions in perspective and not let them interfere with their lives or the well being of others. "I'm sure there are a few fans out there who take it too far and go off the deep end with aggression if their team loses," Wann said. "But these sorts of clinical reactions are rare."

"Given the combination of alcohol and arousal, sports fans are amazingly well behaved."

Wann looked specifically at the characters of highly aggressive, violent, so-called "dysfunctional fans" in a 2006 study, finding that they tended to be a "less educated, lower income, younger, single, with no children at home, male who spends an inordinate amount of his time consuming sports media, and presumably, beer." These types of fans may also overlap with those who suffer from antisocial personality disorders. But they are far and away in the minority, Wann said. "It's kind of surprising that there is not more aggression in fans of the NCAA," Wann said. "Given the combination of alcohol and arousal, sports fans are amazingly well behaved."

As for the 2013 March Madness tournament, Wann declined to offer any predictions on how it might be impacting fans of particular teams, but noted that the upsets could have a large effect. "A whole bunch of the madness is the lack of predictability," Wann said. "Who would have thought Florida Gulf Coast would be in the Sweet 16? There are so many upsets every year. That's what gives NCAA its unique flavor from a fan standpoint."

Tim Carmody contributed to this report.