No-one has lived in the town of Namie, Japan for over two years since it was evacuated following the nearby Fukushima nuclear disaster, but you can visit for yourself today with Google Street View. Earlier this month, Google sent its camera-equipped cars into the exclusion zone at the request of Namie's mayor Tamotsu Baba, who wanted both to show the world the ongoing crisis facing his town, and give its 21,000 displaced residents a way to return home. 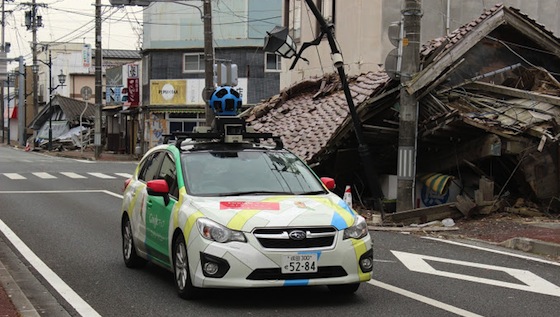 "Many of the displaced townspeople have asked to see the current state of their city," says Baba, "and there are surely many people around the world who want a better sense of how the nuclear incident affected surrounding communities." The imagery has been uploaded to Google Maps and the "Memories of the Future" website.

Google's Street View cameras have captured images such as fishing boats washed several kilometers inland, collapsed buildings that remain on the streets, and abandoned residential areas. "We would greatly appreciate it if you viewed this Street View imagery to understand the current state of Namie-­machi and the tremendous gravity of the situation," says Baba.