Capitol Hill is trying to right its wrongs, but it doesn't yet agree on how

Share All sharing options for: What you need to know about the government's fight to unlock your cellphone

Seventeen years after passing legislation that made unlocking potentially illegal, Washington, DC has decided it hates locked cellphones after all.

In late February, copyright reform advocate Sina Khanifar’s White House petition passed the newly-raised 100,000-signature threshold, requiring Obama to address whether unlocking phones should be explicitly legal. Most petitions result in a polite, noncommittal brushoff, but this one was different: a few weeks later, the White House responded with strong agreement. "If you have paid for your mobile device, and aren't bound by a service agreement or other obligation, you should be able to use it on another network," said White House advisor R. David Edelman. "It's common sense."

Within a day, several members of Congress had announced plans to legalize unlocking. At this moment, three Senate bills and one House bill have been introduced, with more on the way. The issue has broad bipartisan and popular support, and there’s a good chance at least one of these bills will get traction. But with multiple strategies to choose from to address a complicated legal situation, what does this mean for people who just want to unlock their phones?

Why do we need a cellphone unlocking bill?

Why do we need a cellphone unlocking bill? 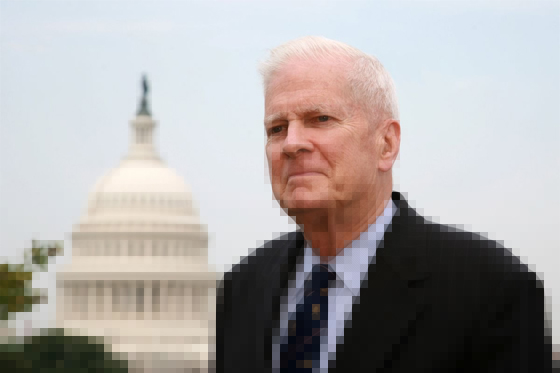 The cellphone unlocking debate centers on the controversial Section 1201 of the Digital Millennium Copyright Act, which makes it illegal to "circumvent a technological measure" that controls access to a protected work. While 1201 was meant to prevent hackers from distributing the movies or music found in physical media, it also ended up creating a legal gray area for cellphone unlocking. If cellphones are containers for their firmware, could modifying them to work on another network be treated like cracking a DVD to copy it?

Until earlier this year, unlocking was explicitly legal. Every three years, Librarian of Congress can add exemptions that justify circumvention in limited circumstances. While having an exemption specifically removes liability, proceeding without one isn’t specifically illegal either. It does, however, make your case much less airtight in a potential suit. While a hypothetical citizen probably isn’t going to get sued for unlocking an iPhone, they face the uncertainty of not knowing how a court would rule, as well as damages of $200 to $2,500 per phone if convicted. And people who unlock phones for profit could get criminal penalties of up to $500,000 or five years in jail.

The first exemption for private unlocking was granted in 2006. At that point, Register of Copyrights Maria Pallante had concluded that unlocking a phone wouldn’t jeopardize copyrighted software, and that since most phone companies wouldn’t unlock a phone even after the contract was up, people were being left with no choice but to buy a new one: "Software locks are access controls that adversely affect the ability of consumers to make noninfringing use of the software on their cellular phones," she wrote. The exemption was later renewed in 2009.

The situation changed in 2012 when Librarian of Congress James Billington shot down another exemption, allowing only a limited 90-day extension of phone unlocking. This was partly, he said, because of new case law: while previous decisions assumed that consumers owned the copy of software found on their phones, recent legal arguments suggested that they were merely licensing it. The bigger concern, though, was that the Librarian now believed the exemption simply wasn’t relevant. "The marketplace has evolved such that there is now a wide array of unlocked phone options available to consumers," he wrote.

As AT&T noted in a recent blog post, it does indeed unlock phones, and Verizon has a similar policy for international phone use. But the limitations are many. Most obviously, AT&T won’t unlock your phone under contract. Beyond that, it’s refused to unlock exclusive devices like the Lumia 920, and only current customers qualify, shutting out people with second-hand phones or those who’ve let their service lapse.

It’s worth keeping in mind that carriers don’t have an actual copyright-based interest here, though that’s what the DMCA is meant to address. While breaking the electronic lock on a cellphone could be illegal because the firmware installed is a "copyrighted work," pretty much nobody is worried about people copying it after unlocking their phone. But whatever AT&T says about its "bottom line," the fact is there’s little incentive for companies to help people move to a competitor — and now that unlocking a phone yourself is dubiously legal, there’s even less.

What's on the table?

What's on the table? 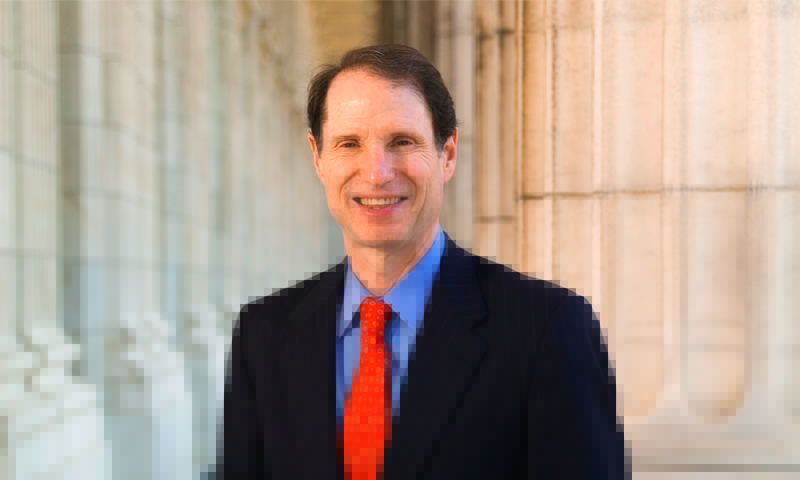 The Librarian of Congress made his final decision in October, and the limited exemption he set expired early this year. Now, after public outcry and the White House’s response, Congress has decided to change the law. So far, debate has focused on three Senate bills: Ron Wyden’s (D-OR) Wireless Device Independence Act, Patrick Leahy’s (D-VT) Unlocking Consumer Choice and Wireless Competition Act, and Amy Klobuchar’s (D-MN) Wireless Consumer Choice Act. In the House, Bob Goodlatte (R-VA) and John Conyers (D-MI) have introduced a companion bill to Leahy’s. And two more House bills are expected as well.

Ron Wyden: The old rule is back, but this time it’s permanent

Wyden’s bill was first out of the gate, and unlocking advocates like Khanifar and Public Knowledge lawyer Sherwin Siy generally consider it the best option at this point. Essentially, it would take the exemption that existed until 2010, modify the language slightly, and make it a permanent part of the DMCA. As long as you legally own a copy of some unlocking software, and you’re only using it to connect your phone to another carrier’s network, you’re free to unlock for the foreseeable future.

This is great for tech-savvy phone owners who don’t want to have to worry about legal problems, but its wording doesn’t explicitly cover one of the big use cases of unlocking software: running third-party businesses that unlock phones for consumers. "It allows people to unlock their own phones, but it doesn't necessarily allow other people to unlock their phones for them," Siy said in a podcast earlier this month. "That actually would prevent a lot of people from doing this themselves: a lot of people might not have the savvy or the ability." Companies like TracFone successfully sued for-profit unlockers even while the old exemption was in place, and this law wouldn’t change that.

Although unlocking advocates want that commercial language added, the bill still solves the basic problem of permanently legalizing unlocking, giving people the old exemption without the need to renew it. "It’s very, very close to the language we’re looking for," says Khanifar. And even with its shortcomings, he thinks the other options are worse.

Patrick Leahy: ‘Kicking the can down the road'

A few days after Wyden, Senator Leahy introduced another bill, backed by a number of Republican and Democratic senators. While Wyden wants to make the old law permanent, Leahy just wants to reverse the Librarian’s decision: if his bill passes, the temporary exemption will go back into the DMCA, and the Register of Copyrights will need to determine whether tablets should be included as well.

For the next three years, the effect of Wyden’s and Leahy’s bills would be pretty much the same. Since all Leahy wants to do is bring back the temporary exemption, though, it will expire in three years along with all the others, after which it’ll need to be debated once more. And since the Librarian has decided once that unlocking shouldn’t be exempted, there’s no guarantee he won’t do so again.

This option has been described by multiple people as "kicking the can down the road" — a temporary bandage for a bigger problem. "It’s the kind of bill that takes a problem and sort of ignores it or brushes it under the carpet," says Khanifar. He also worries that keeping the three-year renewal process would make adding commercial unlocking options in the future pointless: "You can’t build a business and then hope that in three years you’ll still be able to operate."

Amy Klobuchar: Make the carriers do it

Cellphone unlocking advocates generally support Wyden’s bill and oppose Leahy’s, but the third option is more complicated. Authored by Senator Klobuchar, it takes a completely different tack: instead of changing copyright law, it asks the FCC to solve the problem. Within six months, the FCC would simply need to make carriers allow their subscribers to unlock phones. The exact rules would be up to the commission.

Ordering carriers to establish a consistent policy would unequivocally benefit people who want unlocked phones. The FCC itself has said that it’s looking into the issue, including "whether the agency, wireless providers, or others should take action to preserve consumers' ability to unlock their mobile phones." The FCC could also tell carriers to let third-party companies unlock phones, since the bill says that the "agent" of a subscriber should be able to unlock it too. But since Klobuchar’s bill doesn’t also take aim at the DMCA, it doesn’t specifically say it’s legal to unlock a phone without permission — just that carriers need to give users permission to do it.

Klobuchar’s bill is "certainly a good thing," says Siy, "and it's something we want to see happen. Unfortunately, it means that in order to do this you have to go to the carrier in order to get it unlocked. I don't know if anybody has experience dealing with their phone company… it's not always the easiest process."

Others worry that the the FCC’s rules will lack teeth. Klobuchar’s bill says it’s not designed to alter the terms of a contract between subscriber and carrier, and that worries Jennifer Granick, the lawyer who helped make unlocking legal in the first place. "If contracts are unaffected, and the contract says that the consumer may not unlock, then the bill does nothing," she wrote in a Center for Internet and Society blog post. The FCC could theoretically ban that language in contracts as well, but the bill’s language doesn’t make it clear what we’ll end up with. 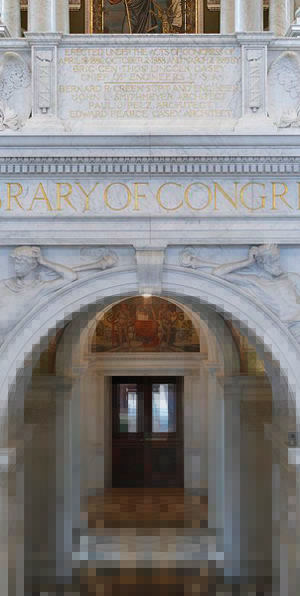 While the above three bills make their way through the Senate, Khanifar has pinned his hopes on a mystery candidate: a still-unannounced option by Representative Jason Chaffetz (R-UT). "The Chaffetz bill is similar to the Wyden bill, but more deftly written," he says, though we haven’t yet seen its text — Chaffetz’s office told us that it’s "still looking into this issue and the option of introducing legislation," and it would likely be a companion bill to Wyden's. Ideally, it would incorporate the same permanent changes to the DMCA as Wyden’s Senate bill, but with an explicit safe haven for companies who unlock phones commercially. "If the Chaffetz bill is announced," says Khanifar, "I think there’s going to be a lot of people, particularly people who are internet friendly... and [who] will understand why this is a much better bill and should be pushed through."

None of these proposed solutions are certain to pass, though the widespread support for unlocking suggests that at least one will. "We've got a moment here where people are really upset about it and they want to do something quickly," says Siy. The danger for supporters of unlocking is that Congress will pass toothless regulations, draining momentum from the movement without a permanent solution.

Barring later changes, what’s on the table now also won’t completely settle the issue. None of the bills introduced so far, for example, are sure to sanction companies that unlock phones — something Grannick, Siy, and others see as necessary but phone companies strongly oppose. More broadly, Register of Copyrights Maria Pallante is leading an attempt to overhaul the entire DMCA, a process that could someday make today’s interpretations of anti-circumvention law moot. For now, though, much of Congress has united behind unlocking — its members just don’t yet agree on how to legalize it.