When you live by the gun, how do you make one life meaningful?

"The word 'Newtown' is something we need to be thinking about and having conversations about."

It's a jarring moment at GDC 2013's Narrative Summit, where writers gather to swap tips on everything from creating relatable characters to finding freelance work. Debates over gaming violence have been particularly active in the past year: a blood-soaked set of E3 2012 presentations left even fans of shooters uncomfortable, and the killings in Newtown, Connecticut led the NRA to blame Mortal Kombat and Bulletstorm while gamers discussed the implications of fictional violence. Last month, auteur David Cage told the industry to "grow up" and wean itself off shooting and platforming: "If the character doesn't hold a gun, designers don't even know what to do."

"We've allowed killing to become not simply mundane, but run of the mill."

Saying that all — or most — games are violent is a deeply reductionist description of even the big-budget AAA industry. Many of the best-known games that try for dramatic narrative, though, do use violence as a core mechanic, telling stories about loyalty or friendship against cavalcades of destruction. It seems like everyone involved with mainstream games has noted this as a problem at some point, and Cage and others are looking for solutions.

But unlike Cage, most of the writers giving talks at GDC don't come into a game with complete control. They're brought on to help make shooters and platformers, or draw people to a new console, or engage people in a social title. We've spent years talking about whether games can be art, but the Narrative Summit mostly highlights craft: the tricks and tools that draw players into a story without resorting to cliché. And among those tools, one of the most devalued is death.

Nobody at GDC seems quite sure where to go with game narrative, though plenty of the speakers — including luminary Warren Spector — agree it's in a bad state right now. But a recurring theme is how much writers struggle to craft meaningful stories in worlds where death is so common as to become unremarkable. 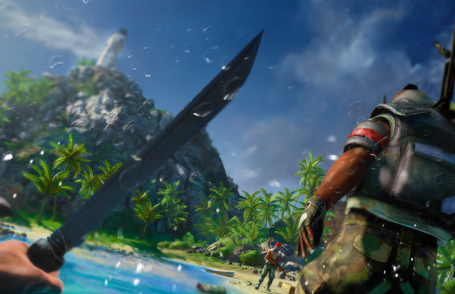 "I don't believe that violent games make violent people, or desensitize us to violence," says Walt Williams, writer of Spec Ops: The Line. "I do think that it desensitizes us to violence in games." Even in war, he says, almost any soldier will remember every person they've killed — when that number reaches dozens or hundreds in a game, you're far outside the scope of any reasonable human experience. "We've allowed killing to become not simply mundane, but run of the mill — and more than that, filler."

Writers have been talking about "ludonarrative dissonance" — the disconnect between what a game’s story and its gameplay are about — since the term was coined for BioShock in 2007. Williams recognized the problem and simply tried to embrace it: "We need to accept that fact that in some of these situations, our characters are hypocrites."

"We need to accept that fact that in some of these situations, our characters are hypocrites."

If Williams almost seems pressed into deeply ambivalent service of his genre, Far Cry 3 writer Jeffrey Yohalem takes on the same ground with manic glee. Yohalem's game has the distinction of following what's widely considered a triumph among story-based first-person shooters: the self-consciously amoral Far Cry 2, which dropped players in a failed African state with little hope of a hero's journey. On its face, Far Cry 3 takes on more traditional ground, asking players to rescue their friends after a tourist trip gone wrong. But every part of Far Cry 3, he insists frantically and repeatedly, is "meta": its "straight-faced satire" encompasses overstuffed lists of mechanics, cliched characters, and long periods of collecting weapons or killing wildlife while ostensibly fretting over kidnapped compatriots.

"Here we are now, entertain us — but it's all a trap," he says of the game's mechanics during his rapid-fire speech. "Escapism and gamification is another kind of prison." Just as BioShock's grand reveal was a metaphor for the player's lack of choice, Yohalem wants to rub our faces in how shallow gaming morality really is — but at times he admits that his send-up is hard to distinguish from what it's supposed to be mocking. 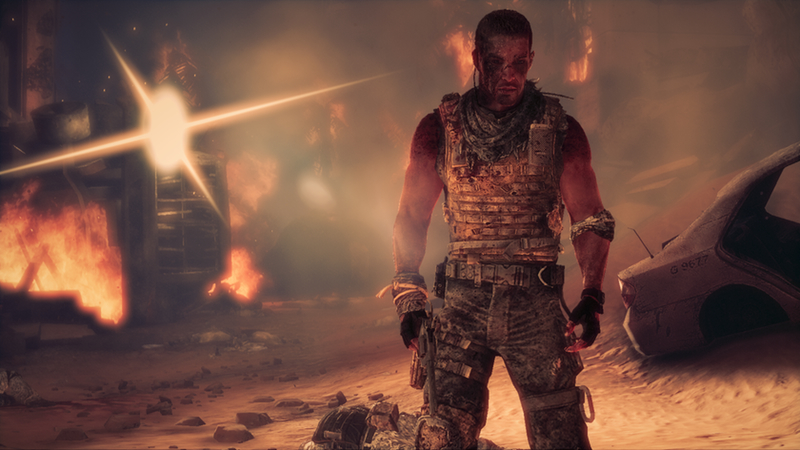 Spec Ops and Far Cry 3 both attempt to seriously deconstruct gaming's most ultraviolent mirror-worlds, but others take a different tack, wholeheartedly rejecting the connection with real life. Realistic violence rarely meshes well with game mechanics, but what stories can we tell about unrealistic violence?

"Gameplay has taught us that violent death is a solvable problem."

Defender's Quest writer James Cavin remembers trading in a 007 game because of its dissonance: his James Bond was both armored and armed to the teeth, but "Cutscene Bond" threw down his gun in the face of a villain with a puny pistol. "There is absolutely no way in which this scenario here poses any threat to Bond," he says, "It broke every rule the game had taught me." Rather than push for gameplay that echoes a narrative, though, Cavin suggests writers embrace the weird mechanics of their games. Forget wondering why Aeris of Final Fantasy VII can be resurrected during battles but not cutscenes, he says. Why not wonder instead what a storyteller could do with effective immortality? "Gameplay has taught us that violent death is a solvable problem."

After his talk, Williams brings up a similar point. "I feel like now there are two ways you can go" with shooters, he says: serious explorations of their consequences and an explicit decision that consequences don't matter when everyone respawns anyways. The Borderlands franchise, his example of the latter, flirts with the reverse-engineering Cavin describes, frequently acknowledging how practically meaningless death is. In one mission, you're asked to commit suicide, then to return and collect a reward for doing so.

"Creatively, they're too easy. I think we're better than that."

While Williams is rightfully proud of his work creating the conflicted, unhinged protagonist of Spec Ops, he turns melancholy discussing the future of game writing. His goal was to critique violence through a genre known for it, but making every game a critical take on itself — or self-awarely disregarding seriousness — isn't enough of a step forwards. "It's getting harder and harder for us to play these games and look at them critically and say 'it's okay,' 'this makes sense,'" he says at the end of his talk. "It's in our hands as the writers to make violence seem… to give us more options, really." And making more games with killing as the primary mechanic? "Creatively, they're too easy. I think we're better than that."