Can a NASA game jam inspire the next space breakthrough?

Share All sharing options for: Can a NASA game jam inspire the next space breakthrough?

On March 8th, a few hundred developers will file into NASA's Ames Research Center in Mountain View, California to spend the weekend making games about space and science. NASA will be providing the location, as well as a catalog of photos and other digital assets for developers, who will have just three days to put together their games. The goal is to create experiences that "will help capture the public's interest in the real science and technology advancements being made in aerospace exploration." And for NASA, there's the potential to engage with people in a different way. "Games you can play on your computer or smartphone offer variety and a different way to learn about space and science," says Sam Ortega, NASA's program manager for the Centennial Challenges initiative.

"The game design community and NASA share an entrepreneurial spirit."

NASA's interest in games isn't new. In addition to numerous smaller titles aimed at a young audience, the agency has also released "serious" games like the lunar exploration title Moonbase Alpha in the past. More recently there was Mars Rover Landing on the Xbox 360, which was used to drum up some added excitement for Curiosity's martian expedition. But this is the first time NASA has hosted a game jam, an event where developers attempt to create playable prototypes in a limited period of time. Dark Side of the Jam, as the event is known, is part of the Night Rover Challenge, an initiative meant to drive new advances in energy storage technology. Games may not sound like the best way to solve such problem, but Ortega believes that game creators and NASA share similar sensibilities. "The game design community and NASA share an entrepreneurial spirit," he says.

Co-organizer Brendan Mauro, from developer Lazy 8 Studios, got involved with the project through contacts made researching his own upcoming space-themed game, Extrasolar. Games designed to be educational typically aren't the most exciting experiences, dysentery related deaths aside, but Mauro still believes that they have something to offer. "Games are really great for teaching you something in a way not many other mediums can do due to their interactive nature," he explains. "I think 'educational' is a label that often gives people a bad taste, that it's easy to assume 'educational' and 'fun' or 'engaging' are mutually exclusive. But lots of great games teach people things. Portal, for instance, taught you things about gravity and acceleration and spatial continuity." 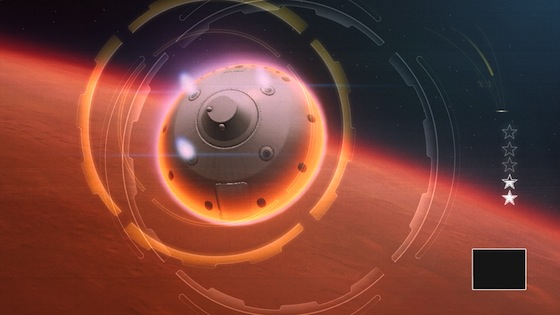 "We're hoping this will foster some inspiration and creativity for both parties."

In addition to the assets and physical location NASA is providing, agency staff will also be on site during the jam. The hope is that they will mingle with developers and that everyone will share a bit of what they're working on — whether it's a small game or an important research project. "We're hoping this will foster some inspiration and creativity for both parties," says Mauro. The event has certainly created interest in the game development community. It took just four days to fill up the 200 spots at the Ames Center, while a number of satellite events are also being planned for when the jam kicks off. Mauro credits the response on social media for the big turnout. "To risk the use of a horrible pun," he says of the response, "it's been astronomical."

The jam is just the latest attempt by NASA to create more interest in its next wave of space exploration efforts, in the wake of increased focus on private and crowdfunded companies. Not only was there the massive spectacle that was Curiosity's Mars adventure — which included everything from a Foursquare badge to a guest appearance in Times Square — but we've also been able to get closer to the International Space Station than ever, while also learning about the next expedition to Mars. Video games are simply a way to potentially reach a different audience.

While we won't know just what kinds of games will come out of the event until the jam ends on March 10th, Mauro says that the goal is to create experiences that serve two purposes: getting players excited about space and science, and maybe teaching them something along the way as well. It's virtually impossible to create polished, complete games in such a short period of time, but the constraints of a game jam often lead to innovative new ideas — the time-travelling Super T.I.M.E. Force, for instance, was conceived at the annual Toronto Game Jam. Adding the stipulation of making a game that's both educational and fun could make Dark Side even more challenging than your typical game jam. It could also lead to games that have an even stronger impact on players, should these games ever be released to the public.

"I would love for someone to play somebody's game from the jam and go 'wow, that was awesome, I want to know more about stuff like this' and that be the start of them pursuing a career in rocketry or orbital engineering or something," says Mauro.