Japanese carrier Willcom has just announced the Phone Strap 2 WX06A, which it calls the world's "smallest and lightest phone." The Phone Strap 2 is the sequel to the original Phone Strap, measures just 32 x 70 x 10.7mm, and weighs only 32 grams. That's actually slightly thicker than the original Phone Strap, but as it's replacing it, we'll give Willcom a pass on its "world's smallest" claims — it's still a ridiculously tiny handset when compared to its contemporaries.

The Phone Strap 2 features a one-inch display and is good for two hours of talktime or 12 days on standby. The handset is intended to "strap" onto a larger handset or tablet, providing basic calling, email, and text messaging functionality. As you may have guessed, it's being released as a Japan-only handset, and will be available later this year in white, pink, or black. 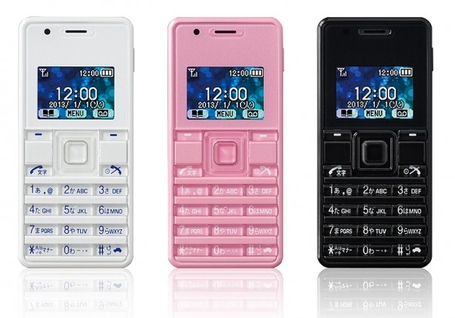