The press has attacked Facebook's Sheryl Sandberg and Yahoo's Marissa Mayer for being strong, ambitious leaders

Here’s a theory: successful women are Rorschach tests. They acquire meaning that is completely divorced from the reality of who they are and what they believe and instead become symbols for what the observer thinks is significant.

Don’t buy it? Just look at Facebook COO Sheryl Sandberg. Her recent book, Lean In, has provoked hostile criticism by many people who haven’t read the book, but find it offensive because the advice it offers doesn’t work for all women everywhere — and worse, think that Sandberg herself must represent all women to offer such advice.

"She has a grandiose plan to become the PowerPoint Pied Piper in Prada ankle boots reigniting the women’s revolution — Betty Friedan for the digital age," wrote the New York Times. (The paper later issued a lengthy correction for using only half of a Sandberg quote that made her seem megalomaniacal.) "She does what too many successful women before her have done: blaming other women for not trying hard enough," scolded the Harvard Business Review.

"She has a grandiose plan to become the PowerPoint Pied Piper in Prada ankle boots reigniting the women’s revolution."

Has anyone ever analyzed a business book made by a male CEO using the same criteria? When’s the last time someone picked up a Jack Welch (or Warren Buffett, or even Donald Trump) bestseller and complained that it was unsympathetic to working class men who had to work multiple jobs to support their families? When’s the last time anyone called Welch an elitist jerk for suggesting that his relationship with his family was not incompatible with work? And who reads a book by Jack Welch and defensively feels that they’re being told that they have to adopt Jack Welch’s lifestyle and professional choices or they are lesser human beings?

With zero scientific evidence, I think I can answer that. No one.

But despite this criticism, much of what Sandberg says in her book has been said before. She notes that women are less likely to negotiate on their own behalf, thanks to a confluence of social factors that discourage it — explaining part of the gender gap in salaries. She encourages women to be more aggressive and ask for what they want. She encourages them to find supportive partners who are willing to truly shoulder equal responsibilities when it comes to childcare. She encourages them to take the initiative in both their personal and professional lives.

None of this should be controversial. But it is.

In 2006, I was asked to moderate a panel on "Women in Finance" at the Wharton School of Business at the University of Pennsylvania. At the time, I was running small new media company I founded which included a website called Dealbreaker.com — a Daily Show-ish operation that covered finance culture and Wall Street news. The site targeted people who worked in institutional corporate finance and the readership was overwhelmingly male as a result. (And I’d wager that most of the readers had no idea the site was run by a woman.)

There were four women on the panel, and all had been senior-level executives or partners at major financial institutions. Everyone spoke fairly candidly to a room overwhelmingly populated with female MBA candidates at one of the best business schools in the world.

There were three pieces of advice that stuck out to me.

"The people at the top will always remember that you slept your way to the middle."

Okay, that’s not a piece of advice. But I can’t help repeating this story. How is it possible that someone with a Wharton MBA would even be tempted by that option?

Then a woman who was a major "rainmaker" for her firm told the audience that if they wanted a surefire strategy for advancement, they should "put themselves as close to revenue" as they could. Her logic: it’s hard to fire the person who’s bringing in all the money even if you dislike the fact that she’s a woman. No one wants to be responsible for a top-line revenue drop that can only be attributed to personal distaste. The panelist viewed revenue generation — making money — as protection against a litany of judgments that had nothing to do with performance, but instead her identity in the workplace as a woman, and not objectively as an executive.

Positioning yourself close to the money is a cold-comfort solution when you consider that a work-around shouldn’t exist in the first place. Quantitative metrics should be baselines, regardless of gender. And what the workplace demands in women in terms of soft skills should be identical to what it demands of men.

But it’s not. Through the lens of gender, it’s the soft skills that are the most egregiously distorted, and the same behaviors get translated very differently: the cold woman is the stoic man. A woman who makes a gut-based decision is acting on emotion; a man doing the same thing is acting on instinct. There is no equivalent of the word hysterical that can be applied to men — but irrational, emotional behavior that betrays a lack of impulse control is often celebrated when it’s men talking about other men.

Someone, somewhere was going to call them a bitch

The last lesson was the harshest: one of the women on the panel warned the almost-entirely female audience that if they did their jobs even remotely well, they had to be prepared for the fact that someone somewhere was going to call them a bitch. It didn’t matter if they deserved it; it was going to happen. And it might be another woman.

I know a lot of female executives, and every single one reports this.

Being called a bitch is always painful and disorienting the first time, especially if you are actually attempting to be the accommodating, friendly, consensus-seeking, non-threatening professional woman who has gone out of her way to make everyone feel perfectly comfortable. 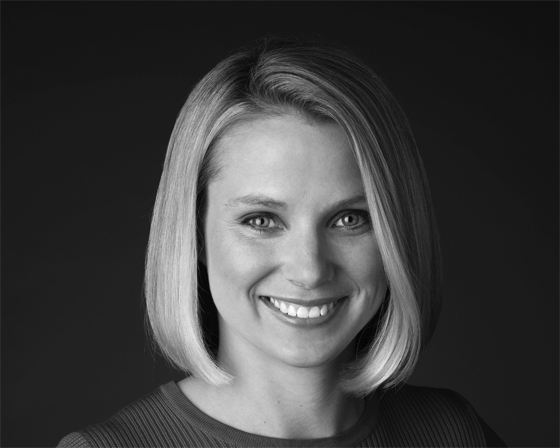 Marissa Mayer, Yahoo’s new CEO, went through her own version of this drama when the company announced last week that Yahoo employees would no longer be able to work from home. This restriction came on the heels of several new perks Mayer had instituted, including free meals and free iPhones. The message and the mission of the new directive was clear: to help a badly ailing company with poor morale to re-engage. She made the decision after discovering that many remote employees were not logging into the company's intranet. Whatever they were doing at home, it wasn't work.

Rather than being applauded, Mayer was pilloried in the press

It isn't unusual for a company that's in turnaround situation to re-evaluate employees and work policies. Most male CEOs that come into distressed companies are expected to shake things up, to be firm about what needs to happen, and to whip underperformers into shape. Tasked with no less than saving Yahoo, that’s what Mayer is attempting to do.

Rather than being applauded, Mayer was pilloried in the press. She didn’t understand creative types, they said. She didn’t get what it means to work in an environment like Yahoo. (Never mind the fact that she had come to Yahoo from Google.) Worst of all, many critics charged that Mayer, herself a new mother, was being unsympathetic to other mothers who worked at Yahoo. "Mayer is going to regret this decision," wrote Slate's Farhad Manjoo. "It’s myopic, unfriendly, and so boneheaded that I worry it’s the product of spending too much time at the office. (She did, after all, build a nursery next to her office to house her new baby)."

One of my colleagues suggested the other day that the "asshole tipping point" — the point at which behavior makes someone an asshole — is much lower for women than men. But let’s be clear: forcing Yahoo employees to work from work does not make Marissa Mayer an asshole. Working from home is a luxury rarely enjoyed in non-creative industries, and when a policy is failing and costing a company money, it’s a rational business decision to do something about it.

It’s the same for Mayer as it is for criticism of Sandberg’s book. If a man had made the decision to end tele-commuting at Yahoo, chances are he would have been applauded for his tough-love approach. And no one would have argued it was the wrong decision by pointing out that, as the chief executive, he gets perks like a car and driver, or can afford a live-in nanny for his brood. In fact, after Best Buy instituted a ban on working from home this week, not one of the dozen articles on the new policy mentioned the fact that Best Buy CEO Hubert Joly has two kids.

That’s the sad reality for women at the highest rungs of the executive ranks in corporate America. Everyone applauds when they shatter that glass ceiling. Then they pick up the shards, and start cutting away.

Elizabeth Spiers is the the founder of Dealbreaker and currently serves as the editorial director of Flavorpill. You can find more of her work at elizabethspiers.com.