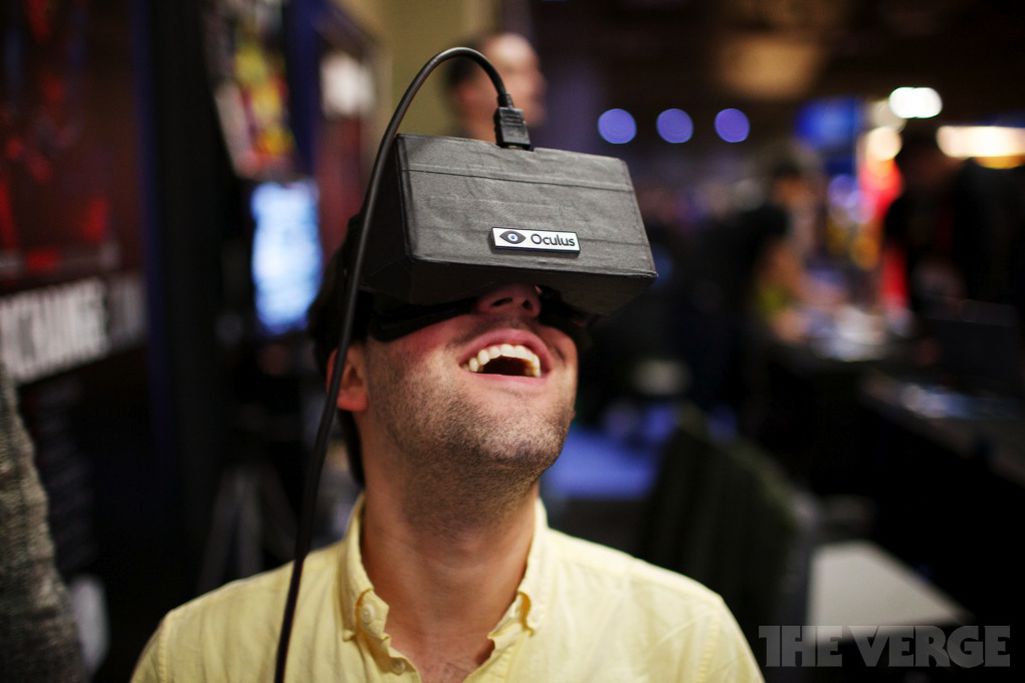 The SXSW Gaming Expo is preposterously loud. At one side of the room, a Starcraft tournament is reaching its climax, but on the other side, one group of guys is yelling louder. They sound like a basement full of adolescents discussing the newest Electronic Gaming Monthly cover story, or like the NINTENDO SIXTY-FOUR kid unwrapping his Christmas present.

“Is the Oculus Rift, a virtual reality 3D headset, the future of gaming?” they ask. “Or, is it something bigger — the future of life on planet Earth?”

At a panel entitled “Virtual Reality: The Holy Grail of Gaming,” Gears of War designer Cliff Bleszinski joined Wing Commander creator Chris Roberts, Words with Friends co-creator Paul Bettner, and Oculus founder Palmer Luckey to answer these very questions. Bleszinski kicked it off with a bang. “There are two types of people when it comes to the Oculus Rift,” said Bleszinski. “There are those haven’t seen it, and those who have seen it and believe.” 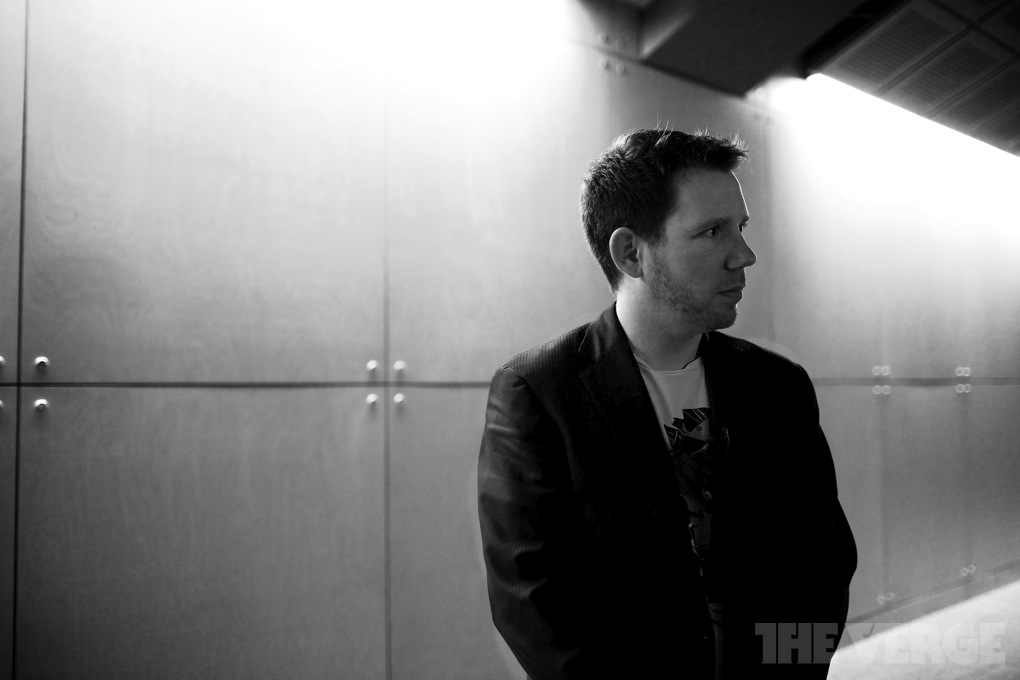 "I’ve been dreaming about this since I read Neuromancer," said Words With Friends creator and Verse Inc CEO Paul Bettner. "We’re not going to be building games. We’ll be building dreams and creating worlds." One such world is the world of upcoming PC MMO Star Citizen created by Chris Roberts, who plans to release the game with Rift support included. "When you’re wearing the Rift, you get a real sense of scale and distance," he said. "When I fired up my cockpit and the HUD popped up things in 3D like in Iron Man, I was like ‘oh my God.’" The Rift’s 1280 x 800 screen is just inches from your eyes and displays images in 3D, creating an illusion than you’re actually in the game.

"My favorite thing to do is walk up to someone testing the Rift up to a ledge, then use my keyboard to push them off it. They freak out!" said Bettner. "Those are the native experiences you didn’t have access to as a game developer before this." Bleszinski hinted at the types of games he’d want to create using the Rift, which could make its players feel a new kind of fear. "I’m hoping what this gives us is the same experience as when you’re a teenager in a haunted house with your friends," he said. But perhaps some experiences might be too jarring for first-time Rift wearers. Bleszinski says he’d never want to play Slender Man solo using the Rift. "You are going to finally have a portal to a million other new worlds that you can breathe and experience, like a dream," he said. "It sounds like back-of-the box shit, but it’s true." 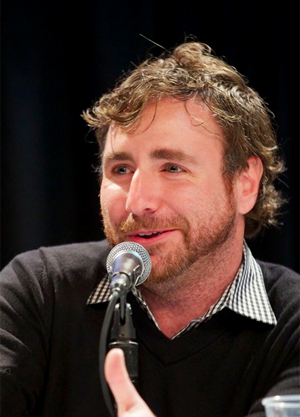 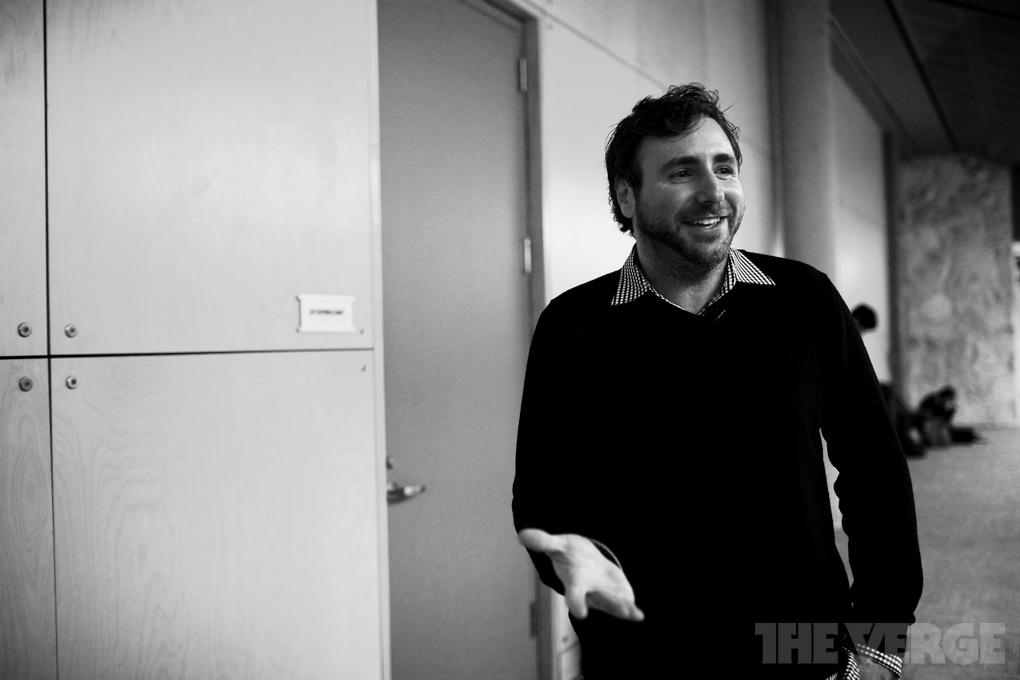 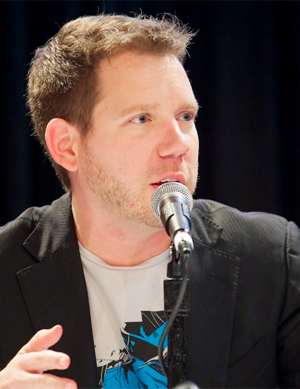 The Oculus Rift headset gives you peripheral vision inside game worlds, but could also herald an era of unique gaming peripherals like 360-degree treadmills and precise motion trackers. "If you’re in a spaceship, you’re going to want to be sitting down with a joystick," Roberts said, "or we could detect your hands using Leap." After the panel, Oculus VP Nate Mitchell told me about a time Roberts assigned different game controls to different objects on his desk, and used motion trackers to engage with each object. "The next stage of peripherals will be tracking your position in 3D space," Roberts said. But what about tracking the space inside your brain? "The first thing that came to my mind was neural interfaces," Bleszinski said. "One of my fantasy scenarios is a flight game where your altitude changes depending on how relaxed you are."

"It doesn’t make sense to use a gamepad or mouse when creating a realistic experience [with VR]," founder Palmer Luckey said. "A keyboard and mouse are superhuman interfaces that let you do things you could never do in real life." He alluded to the fact that in first-person shooters, it’s easy to assign weapons and macros to keyboard keys, whereas in real life switching weapons isn’t so simple. One particularly unrealistic aspect of using Rift is moving or strafing — "In a first-person-shooter, you’re really moving around at 35 miles per hour and that makes you sick [while wearing the Rift]… We’ll have to rethink that," said Bettner.

One possible solution is an omnidirectional treadmill that moves under your feet and predicts your movements. "With a little bit of prediction and misdirection you can make people feel like they’re in an infinite space," Luckey said. "It feels like they’re walking forever." Gamer fatigue is very clearly another obstacle to such an approach, but when ultra-realism is the goal, it might not be such a bad thing. "We might see paintball games where you play three to five minute rounds," Bleszinski said, "or Myst-like games where you’re slowly exploring a mysterious island." The key, according to Bleszinski, is pacing — which differs from platform to platform. He imagines a future where arcades see a resurgence as places where you’ll pay to explore new kinds of peripherals, like treadmills, or even rooms (holodecks?) you can inhabit both physically and virtually. "Maybe we’ll see laser tag where you have people running around in a virtual space [with walls, rooms, and obstacles]," Luckey said. "You’ll wire yourself in for a few bucks an hour." 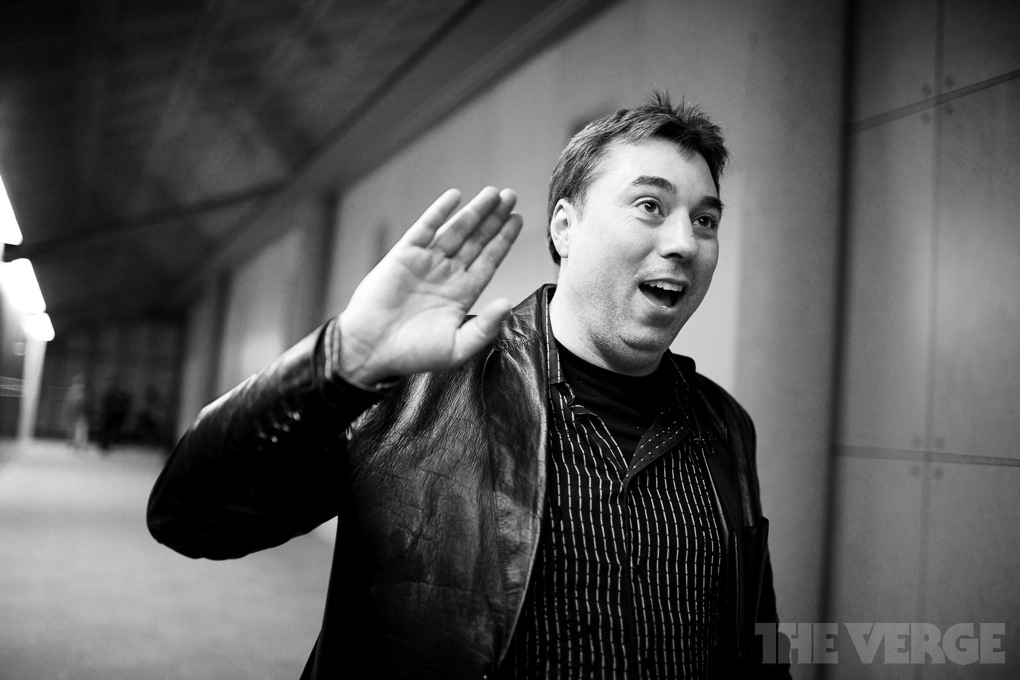 A very clear theme emerged at the panel: these guys, some of the most talented game designers in the world, see Rift not just as a gateway to new games, but as a means of living new, digital lives. "I didn’t create the Rift because I wanted to build a VR company," Luckey said. "I created it because I wanted VR to be a thing that actually happened." To Luckey, the Rift hardware is merely a tool to catalyze and enable the next generation of human communication — through some kind of physical internet we can all inhabit together. Yes, like the kind you’ve read about in Neuromancer and Ready Player One.

"What keeps people playing MMOs is not the gameplay or the graphics," he said. "It’s because it’s a shared experience. It’s the human relationship — all these people in the same space experiencing the same thing." Bleszinski shared a similar sentiment. "The social experience of playing Guild Wars 2 is fun," he said, "but when you go from seeing a 5-pixel-tall character and then [all of a sudden] I’m seeing you in front of me, and and a dragon swoops down and bites your head off, I think ‘holy shit, Paul!’ That level of impact is that much more real. People are going to wind up becoming best friends in this thing." After trying out the Rift myself, Bleszinski’s prophecies seem not just obvious but inevitable. So what is "the Holy Grail of gaming," after all?

"What happens when tech gets so good that spending time in an MMO is better than actually being with someone in real life?" Luckey asked. "I think we’re actually gonna hit that point really fast." 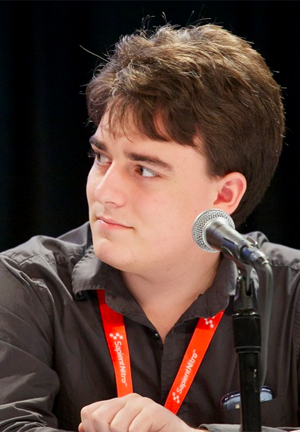