Now that the Oculus Rift developers kits are finally shipping out, the teardown team at iFixit have gotten their hands on one and reduced it to its bare components. Despite the rather bulky size of the dev kit, it turns out there isn't much in there — as we've heard before, there's a single 7-inch LCD with a resolution of 1280 x 800. That works out to a 640 x 800 resolution for each eye, something we're hoping to see improve down the line to alleviate the blurriness we've experienced when using the Rift. There's very little else going on inside these ski goggles — a small motherboard holds an ARM processor and the motion-tracking gyroscope and accelerometer sensors necessary for the Rift to pull you into its world. While we know this isn't final hardware meant for consumers, we're hoping that Oculus is able to shrink down the dev kit's bulk just a little bit by the time the Rift is widely released — making the virtual reality ski goggles a little slimmer and lighter should help with the immersion factor. 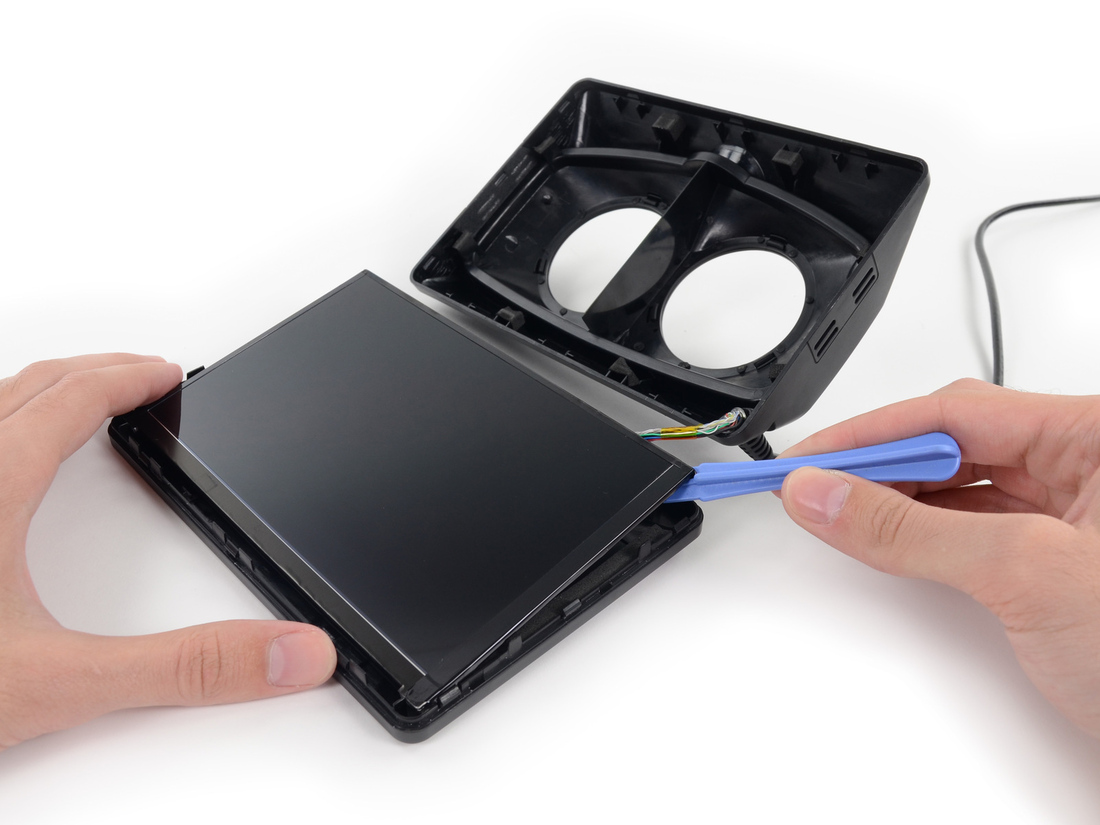