Animal Farm: a look at the 'Ag Gag' laws that are making it tough to film cruelty

Animal Farm: a look at the 'Ag Gag' laws that are making it tough to film cruelty

Legislators send mixed messages on why the laws exist

A still from Burger King Cruelty, produced by Mercy for Animals.

Americans love their hamburger, but they hate to see where it comes from. That dichotomy is leading to a rash of so-called "Ag Gag" laws being enacted across the US, as reported on by The New York Times this week. The laws aim to block or severely limit activists’ ability to film inside agricultural facilities, such as slaughterhouses and egg, cattle, and dairy farms. So far, three states have passed such laws, and there are eleven more being considered. The problem, as far as large-scale farming is concerned: the films are just too successful at what they try to do.

The undercover video investigation — where an activist goes to work at a farm, films animal mistreatment via camera phone, and then presents it online and to law enforcement — has become the killer app for animal rights groups like the Humane Society of the United States (HSUS), People for the Ethical Treatment of Animals (PETA), and Mercy for Animals over the last five years. Many videos have led to criminal convictions and plant closures for their targets. Less directly but no less importantly, they’ve helped sway public opinion to approve a mounting number of state ballot initiatives that prohibit confining cages for pigs, calves, and chickens, as well as pressuring big businesses like McDonalds and Chipotle to denounce the same. "With the success of each prior investigation, we have more individuals contacting us wanting to be investigators." says Vandhana Bala, General Counsel for Mercy for Animals, which conducted five such investigations in 2012 alone.

"With the success of each prior investigation, we have more individuals contacting us wanting to be investigators."

The Ag Gag laws can be categorized in three ways. Firstly, are those that would make it illegal to record video or take pictures inside facilities where food animals are raised or slaughtered. The second category criminalizes gaining access or entry through misrepresentation or false pretenses. So, in other words, it would be illegal to pretend you’re going to work on a farm for any other reason than to collect incriminating evidence. And thirdly, are laws that require anybody who takes video or photos of animal abuse or neglect to report it to legal authorities within as little as 24 hours or risk criminal penalties. Some, like New Mexico’s proposed SB 552, combine more than one of the three approaches.

"...for the most part the biggest lovers of animals are the farmers and ranchers."

"There are a few operators out there giving agriculture a bad name, but for the most part the biggest lovers of animals are the farmers and ranchers," says Republican Senator Cliff R. Pirtle of New Mexico, a fifth-generation dairy farmer who introduced the bill this year. "I don’t want that causing a sweep across the nation of everybody becoming a Michael Moore going out with a video camera and just rolling onto someone’s private property."

The more benign-sounding third category of law, the "mandatory reporting" laws that require one to turn in documentary footage mere hours after it is captured, are typically described by their supporters as an attempt to nip animal cruelty in the bud.

"Our view is not to silence whistleblowers or stop investigations," says Stevie Ipsen, Director of Communications for the California Cattleman’s Association, which is sponsoring California’s AB 343. If passed, the law would require anybody with pictures or video of animal abuse to report it to authorities within 48 hours or be subject to a $500 fine. "We just want to protect animals, and to protect consumers from potentially eating unhealthy animals." 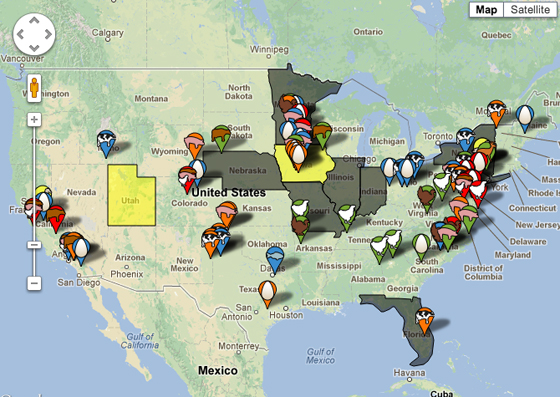 But activists have pointed out that the public is best protected when livestock farmers and processors who break the law suffer the consequences. And it’s harder to build a legal case based on one isolated image or video clip, versus weeks’ worth of footage showing a pattern. Take, for example, the 2007 undercover investigation by the HSUS of the Hallmark Meat Packing Co., a major supplier of beef to school lunch programs based in Chino, CA. Collected over six weeks, video footage showed sick "downer" cows tortured on their way to slaughter, and led to the biggest beef recall in the nation’s history, the plant being shut down (though it later reopened), and closure of a federal legal loophole that had allowed downer cows into the food system to begin with.

"I do see the point that by investigating for six weeks, they had more damning footage to call out those facilities," says Ipsen. "Unfortunately during that six weeks, unhealthy animals were put into the food chain for children to consume."

For the most part, though, legislators behind the Ag Gag laws make no bones about the true intent: stop animal rights activists from creating public relations nightmares that, they say, misinterpret and distort modern farming practices. "People have a romantic notion of what farming ought to be, and anything less than that is evil," says Casey Guernsey, a Republican representative from Missouri and 7th generation dairy farmer, who introduced a bill, passed last year, requiring 24-hour mandatory reporting of documented animal rights abuses. "If you are just initially introduced to some of these practices, it’s kind of a culture shock, " says Guernsey, citing "crowded barns" as an example.

"People have a romantic notion of what farming ought to be, and anything less than that is evil."

The animal rights organizations involved in undercover investigations openly promote vegetarian or vegan diets, a fact that causes many people in agribusiness to write them off completely. Why listen to anything the opposition is saying if they’d ultimately prefer to eliminate your livelihood? Guernsey says he’s afraid that American consumers will ultimately pay the price for believing their "propaganda," noting that if American farms cannot stay competitive, they will not survive against cheaper meat from Brazil and China, where oversight is even less stringent. "But Americans are still going to want their meat," he says, ominously.

A study performed by researchers from Kansas State and Purdue Universities showed that meat demand went down in direct correlation to animal welfare issues being reported on in the media.

Guernsey says that the farming industry should do better telling its side of the story and educating people about what it takes to be a farmer today. A recent editorial in The New York Times suggested one solution: livestock farms and slaughterhouses should install webcams.

"Personally I don’t think it sounds like a bad idea," says Ipsen, of the California Cattleman’s Association. "But I’m sure the opposition would have a problem with the way the camera is angled."