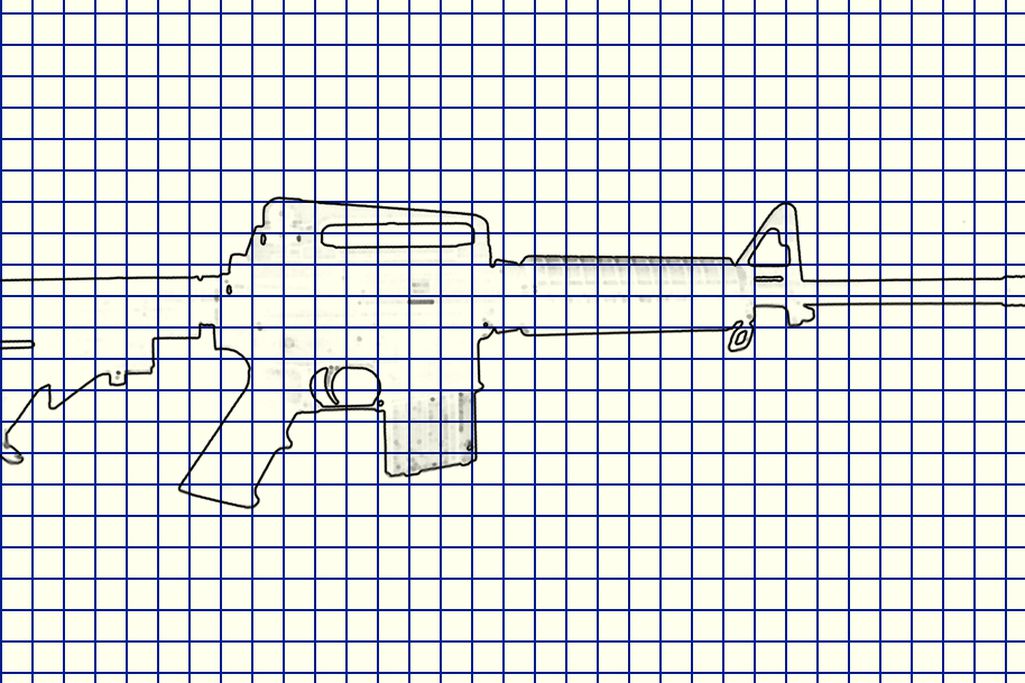 Cyberculture icon Stewart Brand’s famous notion that “information wants to be free” has been an almost ubiquitous refrain ever since utopian-minded hackers began populating computer networks in the 1980s. Today, 3D printing has given the phrase a whole new meaning, allowing raw data to become real world weapons with the click of a button. Cody R. Wilson, the antagonistic founder of Defense Distributed, is taking that idea to its logical — and hugely controversial — extreme.

Having recently obtained his federal manufacturing license, Wilson hopes to release files for the world’s first fully 3D-printable firearm by the end of this month. His past progress has already thrown a major wrench into America’s resurgent gun control debate, feeding doubts about the efficacy of renewed bans on undetectable firearms. But his reasoning, he claims, isn't really about the Second Amendment at all — it's about technological progress rendering the very concept of gun control meaningless.

"It's more radical for us,” he told Motherboard in “Click Print Gun,” a recent mini-doc about the dark side of the 3D printing revolution. “There are people all over the world downloading our files and we say 'good.' We say you should have access to this. You simply should."

If this all sounds very similar to the good gospel spread by Brand and advanced by progressives and activists like the late Aaron Swartz, you’re hearing it right. But even without the context of Wilson’s operation, firearms and freedom of information share a strangely similar history, an oft-overlooked ideological confluence between hackers and gun advocates that seems to be gaining momentum. 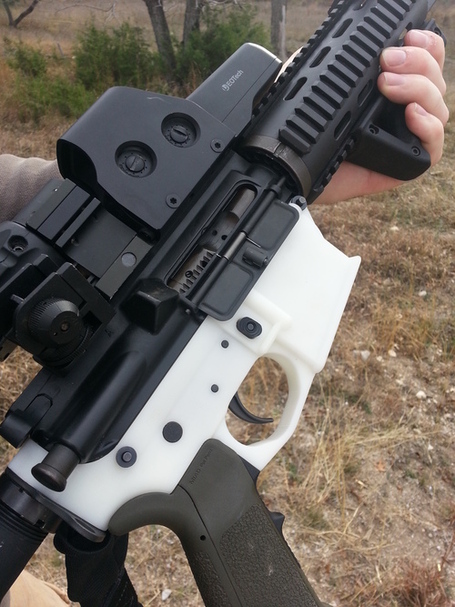 From my cold, dead hard drive

Wilson identifies as a crypto-anarchist, openly citing Tim May's 1988 manifesto of the same name. The short essay is a staple of the modern cypherpunk, envisioning a new age of individual liberty driven by free-flowing data and secured by the promise of robust encryption technology. Back then crypto was the bread and butter of the growing cypherpunk movement, and to the faithful it represented a future of free information exchange — especially economic exchange — completely unhindered by governments.

Today the idea is getting a strong second wind, due in large part to the growth of anonymous crypto-currencies like Bitcoin and the US government's overzealous surveillance and persecution of whistleblowers, activists, and average internet users alike. Just like the Second Amendment, Cryptography is framed as a countermeasure against these threats of tyranny. As Tor developer Jacob Appelbaum put it during an interview with Julian Assange last year, "No amount of violence will ever solve a math problem."

The mistrust of state power has been a common thread shared by both crypto and gun enthusiasts, and for good reason. Up until the mid '90s, the US government actually classified cryptographic systems as a form of munitions, tightly regulating any system that used keys longer than a meager 40 bits in length. For the Feds, the fear was that widespread adoption of strong crypto would hamstring intelligence efforts, causing foreign monitoring to "go dark" (a concern which continues today as the FBI clamors to have backdoors installed in communications networks for easy-access snooping).

The policy led to a lot of problems. In one famous example, an intentionally inferior "International Edition" of Netscape Navigator wound up circulating more widely than its more secure, regulated counterpart, leaving countless systems inside the United States vulnerable to simple brute-force attacks. But with the rise of personal computers and the internet, along with the spread of Phil Zimmermann's famous PGP encryption scheme (which led to its author becoming the target of a criminal investigation), the government eventually caved and export controls were loosened significantly.

With the digital files that replicate gun parts already widely distributed through outlets like The Pirate Bay and his own site, DefCAD, Cody Wilson sees efforts to limit the capacity of gun magazines as equally misguided and quixotic. Shortly after talk of banning high-capacity mags began in the wake of the Sandy Hook massacre, Wilson 3D-printed one of his own and uploaded the design, mocking legislators in a YouTube video. Later, Defense Distributed improved the design of its 3D-printed AR-15 lower receiver (the trigger mechanism that the ATF regulates) to fire off over 600 rounds without breaking or jamming.

Further comparison between cryptography and firearms is a hard sell (both hold the potential for wrongdoing; only one can actually kill). But the guns themselves are almost beside the point. To Wilson and others, they're simply information trying to be free, another genie that can never be put back in its bottle.

"I just don't see how you can stop it effectively," he said to the audience after a screening of Motherboard's documentary. "The bits will flow."

I remember being briefly surprised the first time I went to Def Con, the world's largest hacker conference, after noticing a large number of attendees sporting pro-gun regalia on their backpacks, cars, and clothing. But in retrospect, the political common ground sometimes shared by hackers and Second Amendment enthusiasts seems like it should be obvious. The event has hosted (both officially and unofficially) a small "Def Con Shoot" gathering just outside of Las Vegas prior to each year's festivities. And the Electronic Frontier Foundation, an advocacy group with a strong presence at Def Con promotes a similar "Don’t Tread On Me" message with regard to digital rights and privacy.

You can have my encryption keys when you pry them from my cold, dead hard drive.

It’s not a stretch to view Wilson's scheme as a kind of holy grail for a certain strain of technological determinists — those who believe technological progress should shape society’s values, not the other way around. During the recent Q&A, an audience member described the Wiki Weapon project as an executable version of "The Anarchist’s Cookbook" where you simply get the molotov cocktail instead of reading about how to make one — the raw, physical expression of once-intangible data sets.

Wilson seemed to agree. "I don't know where that puts it on a moral spectrum," he says. It’s clearly not a conundrum he seems particularly interested in exploring. 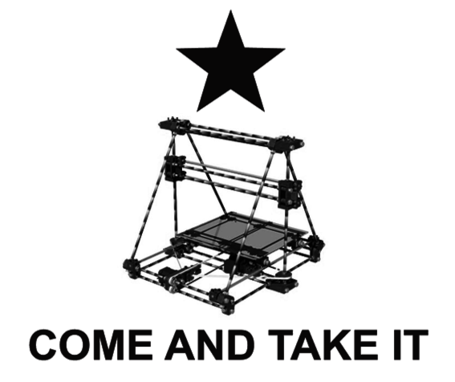 The attitude could be boiled down to this: technology is always a neutral element, and has no place being regulated within a moralistic framework.

It's reminiscent of an ideological rift that formed amongst software developers in the late 1990s. On one side was GNU godfather Richard Stallman, whose Free Software Foundation ("free" as in "freedom," not as in "beer") presented an ethical alternative to the use of proprietary code. Central to this was the GNU Public License, which requires that anything derived from free software code under its banner be able to be taken apart, shared, and reused in the same way.

His counter was Eric Raymond, whose 1997 "The Cathedral and the Bazaar" outlined what later became the much more widely-known Open Source movement. Eschewing Stallman's utopian undertones, Open Source was essentially a calculated, business-friendly "rebranding" of the anti-corporate Free Software philosophy.

It may seem like splitting hairs, but there's a big difference here: Stallman's ethos uncompromisingly promotes free software over proprietary as a moral imperative, even if the free version is inferior. Raymond's "Open Source," on the other hand, is based in the cold logic of machines and Randian entrepreneurship. It has no moral mission. Instead, it embraces "openness" only insofar as it produces better results for software developers — results which may or may not be in users' best interests. In other words, one is a social movement; the other is a development strategy.

If you haven't guessed by now, Raymond, an influential figure in Silicon Valley, is also an incredibly outspoken libertarian and self-described "gun nut." When Defense Distributed received its first round of major press attention, he quickly endorsed it. "I suppose it was inevitable, in a good way," he wrote on his blog. "I approve of any development that makes it more difficult for governments and criminals to monopolize the use of force."

Just as Open Source was a call to get governments off the backs of developers, 3D printing is becoming the battle cry of Second Amendment supporters striving to shut down the gun control debate once and for all. 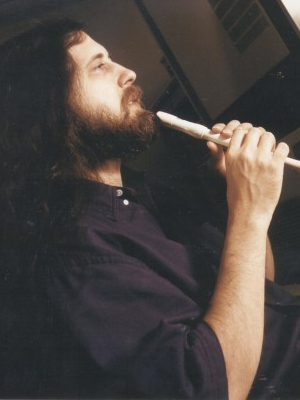 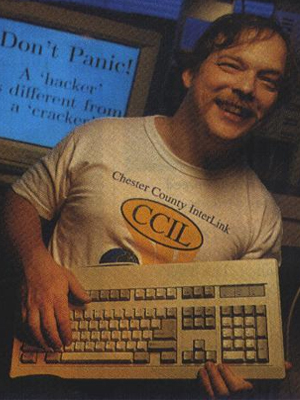 Eric Raymond
We will survive

There are plenty of ways to dissect the fallout of a destabilizing shift in technology. At a recent talk on BBS and the impact of early online communications, computer historian Jason Scott framed it in these simplistic but amusing terms:

There are always three phases of realization, he explained. The first phase is the "wow" — that unbridled awe that accompanies a sense of seemingly endless possibility. The second is the realization that you can have sex on, around, or using this new thing. And the third and final phase is that the thing is going to kill us, be used by criminals, or generally fuck up our lives in an irreversible manner. "Right? That's pretty much it," he said to the crowd with a grin. "Makerbots are cool, Makerbots make sex toys, Makerbots make guns."

How quaint, he notes, that we're only just beginning to notice that last part.

Esteemed cryptography expert Bruce Schneier isn't quite so cheery about it. He reminds us in a rather harrowing essay: "As it gets easier for one member of a group to destroy the entire group, and the group size gets larger, the odds of someone in the group doing it approaches certainty." Even a dystopian surveillance state that erodes our civil liberties and privacy can't protect us in the long run, he says bleakly. The only thing left to do is change our security models to reflect this inevitability: that technology will overtake our ability to remain secure.

"We need to recognize that large-scale attacks will happen, that society can survive more than we give it credit for, and that we can design systems to survive these sorts of attacks," he writes. "We're going to have to figure this out if we want to survive, and I'm not sure how many decades we have left."

C'est la vie in the age of the 3D-printed firearm, the 3D-printed bioweapon, or the 3D-printed whatever-else-comes-next. Cody Wilson may be right that our technology and networks have transcended our ability to control them. Under the spectre of crypto-anarchy that Tim May foretold, we're betting our last Bitcoin on the hope that we can still control ourselves.