What's in your bag, Carl Franzen?

This one is mine

Share All sharing options for: What's in your bag, Carl Franzen?

What's in your bag? is a recurring feature where we ask people to tell us a bit more about their everyday gadgets by opening their bags and hearts to us. Show us your bag in this forum post. This week, we're featuring Carl Franzen.

This is my bag. There are many like it, but this one is mine. Seriously, though, when we were doing this shoot at the Vox Media NYC office and I dumped all the stuff out of my bag out onto my desk, I was actually a bit concerned about how spartan my contents were. But we are all about truthful representation here at The Verge, so I wasn't going to edit any more flashier gadgets in there. Besides, I stare at a computer screen many hours every day. I could probably do with a few less screens en route. 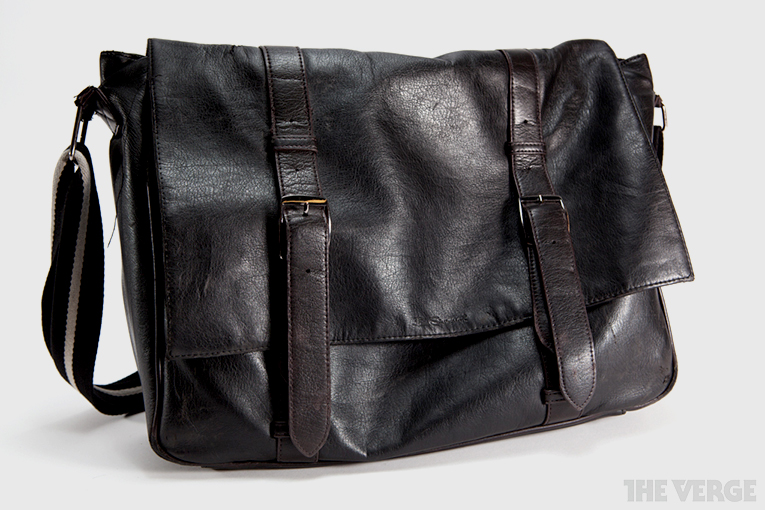 This Ben Sherman leather, polyurethane-coated messenger bag has never been my first choice. I’ve always tried to travel as lightly as possible, and this bag always seemed just slightly too big and bulky for my liking. I also don’t like how the strap seems to persistently, creepily loosen on me without my doing. It’s made in China. I bought it for over $100 when I lived in Washington, D.C. for a few months in 2009, because I wanted something more “professional” looking than my Jansport backpack. Then when I moved to New York a year later, I tried to switch to a few Brooklyn Industries bags of varying size and function, but they all proved too small. So this is the bag I use now, and I’ve actually grown to love it, despite its flaws.

This is my work laptop. I have coveted the Air lineup since it was first introduced in 2008, but again, I sort of fell into it after a while. My first computer that was entirely mine was a white Macbook, which I destroyed in college while drunk and disorderly one night. Then I upgraded to the silver Macbook Pro first-gen. After upgrading the RAM on that and using it for a few years, I finally acquired the 2010 unibody Macbook Pro I still have now as my personal machine. But that’s been eclipsed lately by the Samsung Chromebook (Series 3) my girlfriend gave me, which I find totally sufficient for my purposes at home, mainly browsing and email. Chrome is not mature enough as an OS for me to use as a work machine, it doesn’t support enough software I need.

Just one, the iPhone 4S. Still the best phone out there, in my opinion (iPhone 5 is too long for me). I use a busted Otterbox Defender case, the bottom portion of which broke off after I dropped my phone on the ground one time, leaving behind a dangling plastic shard (chad?) that nearly sliced my hand open. I had to break that part off to make it safe again. I am hard on my personal technology.

Similar but not quite as good as the Sony MDR-7506 headphones the Vox studio uses, but cheaper. Less than $70 on Amazon now. I carry these with me if I know I’m going to be out of the office for a few days. Otherwise, they are on my desk and I use earbuds for travel. 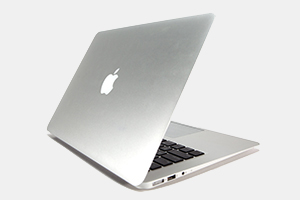 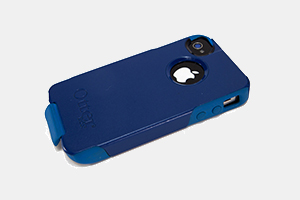 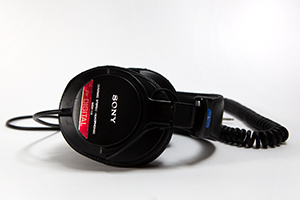 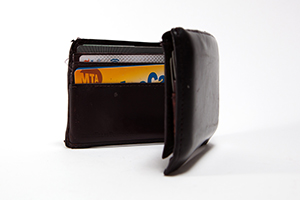 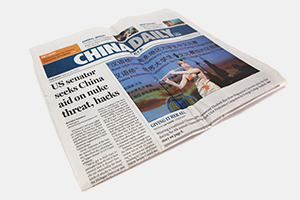 Given to me as a gift by my parents in the Chicago suburb of Downers Grove several years ago for Christmas. Manufacturer uncertain, but I believe it came from Eddie Bauer. Verging on George Costanza thickness because I tend to keep a lot of freemium, “buy 10 get one free” coffee cards and other sentimental crap in there.

In this age of the declining print newspaper, somehow, in Brooklyn Heights, there appeared a dispenser for China Daily. I try to grab it for a quarter on the way to work.

The absolute best fruit. More robust than a banana, it has a protective skin that’s fairly easy to remove, is delicious and filled with vitamin C, which I swear helps heal colds. I have at least one every day.

I acquired this during my first week from the old Vox office kitchen cabinet. Made by Klean Kanteen, I think. Stainless steel. Filled with seltzer.

For writing notes on the newspaper when I’m done with it. I prefer clicky pens. No cap to lose.

Duane Reade. Like a few dollars. Worth every penny. I usually have a travel toothpaste as well but we ran out at home so I had to dip into and use all of that, unfortunately. 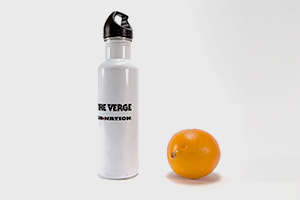 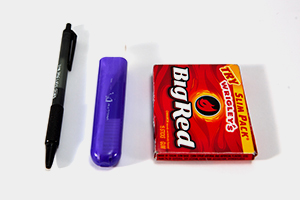 The phone is terrible for cloud gaming