A web page has appeared at music.twitter.com with a #music hashtag graphic and a sign-in button, adding further weight to reports that Twitter will be launching a music service very soon. The sign-in button leads to an authorization request for an app called "Trending Music Web," which Stephen Phillips, founder of We Are Hunted — the music service Twitter just acquired — has recently been tweeting songs from. The tweets link to tracks on SoundCloud and Rdio, suggesting that these services will form a part of Twitter Music. 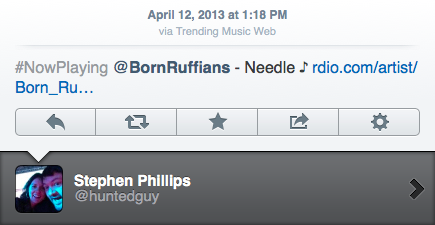 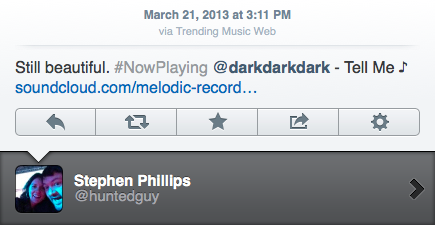 Although it's unclear exactly what Trending Music Web is, the name implies it could be the web portion of a wider, cross-platform Trending Music service. The #music site's sign-in button is currently non-functional, but with the page already available to view at such an obvious URL, we'd expect it to go live soon enough. All Things Digital previously reported that it would go live on Friday, but another source has since told the site that the launch could happen at any time during this weekend's Coachella music festival.

More from this stream Twitter's #Music app: from rumor to launch