Production of the first Google Glass units is being completed and the units will be shipped out to members of the early-access Explorer program in batches, likely within the next few weeks. The news comes from an email sent out to Google's backers (below) saying that "we’re seeing the first few devices come off the production line right now."

The timing isn’t a surprise — we had been expecting the Explorer units to ship by early May — but the announcement marks the culmination of many months of waiting since we first saw the product. Now that there’s a new VC partnership to fund Glass apps and details of the Mirror API have been made public, it’s time to see what developers can do with the pioneering hardware. 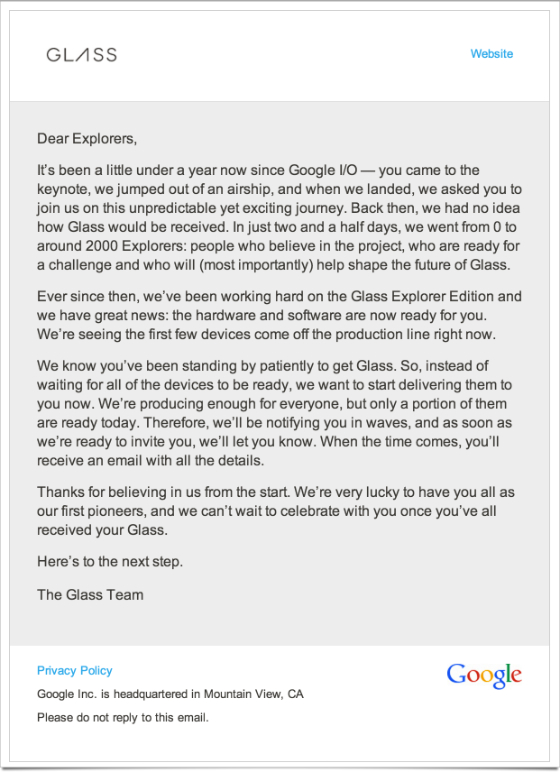