Killer cure: why is the US creating new viruses and stockpiling the vaccines?

Killer cure: why is the US creating new viruses and stockpiling the vaccines?

Controversial research on bird flu resumes, along with a Bush-era biodefense program

Is the US government prepared to respond to a major biological weapons attack or lethal outbreak of disease in this country? If you look at one effort — a quietly growing national stockpile of vaccines and drug treatments for such horrors as anthrax and avian flu — the answer is yes. But one agency in charge of building that stockpile is also funding the creation of deadlier and more infectious varieties of avian flu, and other animal-borne diseases, which could pose the threat of an outbreak if not handled properly. The paradox has raised alarm bells among some researchers across the country that the government may be undermining its own biodefense strategy.

"It reflects the clear lack of anyone in charge."

"It's hard to imagine that someone thought creating new pandemic pathogens would be a good strategy for defending against pandemic pathogens," said Richard Ebright, a professor of biochemistry at Rutgers University in New Jersey and director of the Waksman Institute of Microbiology, in an interview with The Verge. "It reflects the clear lack of anyone in charge" of US biodefense strategy.

The seeming disconnect is highlighted by two major developments in national biosecurity that occurred within the last few months. In late February, the US Department of Health and Human Services (HHS) announced that it would restart funding for research projects around the world focused on making new, deadlier, more contagious strains of avian influenza, better known as "bird flu" or "avian flu." Researchers working in this area argue genetically modifying the virus to make it spread more easily in mammals such as humans is "essential for pandemic preparedness," by revealing in advance how the wild virus could potentially mutate. Currently, avian flu doesn't spread easily among mammals or people, and most fatal cases have occurred directly among those people handling or in close proximity to birds. Some researchers have pointed to the recent outbreak of an avian flu strain in China that's killed over a dozen people as evidence of why their work is necessary. 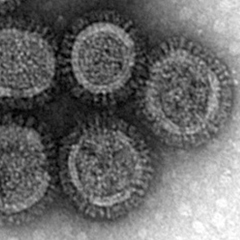 But researchers around the world working to develop new strains temporarily suspended their work voluntarily last year, and the US government followed in halting funding, after a vocal outcry from other scientists that the published results of such research could be weaponized by terrorists, or that new strains could accidentally infect the public. Despite these concerns, the moratorium on research of more infectious bird flu strains ended in January, with researchers saying the "the benefits of this work outweigh the risks." A month later, HHS released a draft version of new funding policies for research, which it said would help minimize the risk to the public, imposing new security criteria on researchers receiving government funds. Still, critics of avian flu research are unswayed.

"Rather than use the avian flu moratorium to seek advice, listen and foster debate, many influenza scientists engaged in an academic exercise of self-justification," wrote Simon Wain-Hobson, chairman of the nonprofit Foundation for Vaccine Research, in a recent editorial in the journal Nature. "[The moratorium] was strictly for public relations," Ebright agreed, also telling The Verge, "No one with a moral compass would propose or perform this work."

"Many influenza scientists engaged in an academic exercise of self-justification."

Separately and without much fanfare, President Obama in March signed a law giving $2.8 billion in funding to a decade-old biodefense effort called "Project Bioshield," extending it for another five years. Project Bioshield is the umbrella name for a few different programs, and it was initially launched under President George W. Bush in 2004 with $5.6 billion in funding over 10 years, which would have dried up this year had it not been extended. The effort's main goal was to help the US government rapidly build up a national stockpile of drugs collectively known as "medical countermeasures" — vaccines, antidotes and other treatments — that could be quickly administered to the public right before or in the event of a bioterror attack. 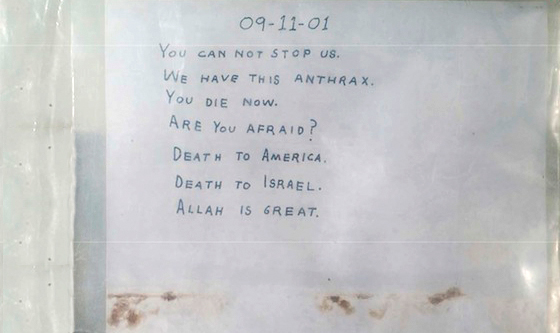 Coming in the wake of the Sept. 11th, 2001 terror attacks and subsequent, separate anthrax mailing attacks — and following the invasion of Iraq, which was thought to possess chemical or biological weapons — the imperative for Project Bioshield seemed obvious at the time. Just this week, bioterror is back in the headlines again, with reports of a letter mailed to Republican Senator Roger Wicker (R-MS) testing positive for ricin, a type of poison prepared from castor beans. While bioterror has long faded from the list of concerns for most Americans, Bioshield has quietly spawned into and inspired numerous other biodefense efforts.

Researchers and lawmakers maintain that the larger goal of stockpiling against potential health threats such as bioterror, and now, bird flu and other "emerging diseases," is as pertinent as ever. "This legislation will save lives by improving our ability to quickly respond to a bioterror attack or pandemic outbreak," said US Congressman Mike Rogers (R-MI), who introduced the reauthorization bill for parts of Bioshield and its offshoots, in a statement last month.

"Bioshield has had a positive impact."

The way Bioshield has worked so far, the Department of Homeland Security uses intelligence reports to decide which diseases and biological threats are considered "material," or realistic threats to US security. It then refers these findings to Health and Human Services (HHS), which determines whether it's necessary for the government to order new drugs from pharmaceutical companies to combat the threats. In order to spur pharmaceutical companies to develop these drugs fast enough, a funding agency within HHS called the Biomedical Advanced Research and Development Authority (BARDA) hands out lucrative contracts, parts of which can be paid up front. It also offers avenues to speed up the drug approval process, and guarantees certain purchase amounts.

By most accounts, this process has been successful, with BARDA securing 17 different medical countermeasures worth over $2 billion collectively, including drugs used to prevent and treat such threats as anthrax, smallpox and, lately, avian flu. "The benefits have extended beyond what the drafters may have originally intended," wrote Robert Kadlec, who helped lead biodefense efforts under both presidents W. Bush and Obama, in a recently published review of Project Bioshield. "Bioshield has had a positive impact," Ebright also said to The Verge. 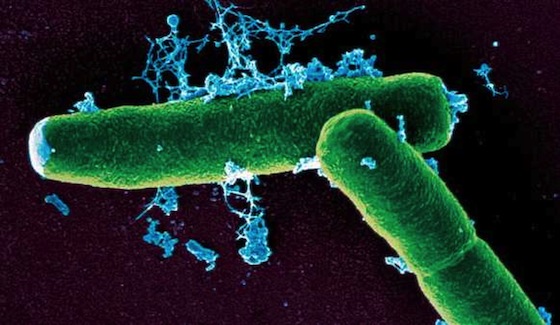 But for its successes, there were also some early failures, and gaps that remain to this day. The first Bioshield contract issued in 2004 was terminated after the pharmaceutical company that received the award failed to produce 25 million doses of anthrax vaccine in two years per HHS's deadline, which "would have been unrealistic even for a larger manufacturer," as a report from the Government Accountability Office (GAO) found. The report concluded HHS should never have awarded the contract in the first place, and that "the lack of clear requirements is a cause of concern to companies asked to partner with the government."

Another major issue uncovered in subsequent Congressional research reports is the expiration of the drugs in the stockpile. Like most drugs, they too have expiration dates, but it's still unclear if and how BARDA should be dipping into Project Bioshield funding to replenish the stockpile when drugs go bad, and if it should turn to the same companies that made the drug in the first place. That issue "certainly hasn't been publicly addressed," as Ebright noted.

"the lack of clear requirements is a cause of concern."

Then there's the issue of the money leftover from the original Project Bioshield fund: nearly a third of the original $5.8 billion has yet to be spent. "If Congress had not made rescissions and transfers to other accounts," HHS would not have been able to spend all the money it has so far, one report found. "Project Bioshield is the remarkable case of a federal agency that has actually grossly underspent its budget," said Ebright, "Primarily because of bureaucratic mismanagement."

But perhaps most disconcerting of all is the fact that the very same parent agency in charge of funding drugs for the national stockpile, HHS, is also the one that is separately funding research into new diseases that could result in a bioterror or accidental infection, which would in turn demand a response from the national stockpile. "The activities of Project Bioshield are directly undermined by HHS funding the development of potential bioweapons agents," Ebright said. "These are clear cross purposes. Would any sane government do that? Absolutely not." 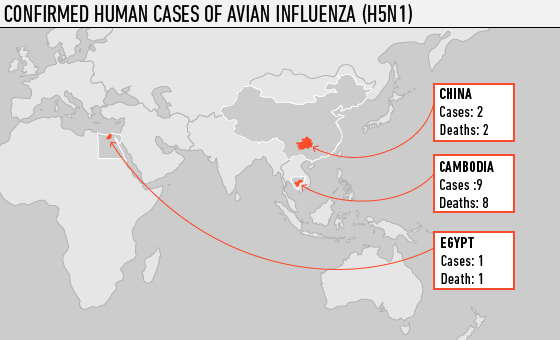 All reported cases of avian influenza in humans for the year 2013 as of March 12, compiled by the World Health Organization

"I think we made our own situation worse."

In other disconcerting news, a report issued by the Government Accountability Office in February found that there is no good estimate of how many labs around the US are able to carry out the work of engineering deadly new pathogens (labs rated the highest biosafety levels, or BSL-3 and BSL-4), and there's no federal accountability for what security procedures they are following. "I think we made our own situation worse by building a lot of BSL-3 and 4 labs with very little supervision," said Laura Kahn, a Princeton staff researcher specializing in biodefense and pandemics. As Kahn pointed out, the leading suspect of the still-unresolved 2001 anthrax attacks was himself a former Army microbiologist with access to these types of labs.

Incredibly, if any of the HHS-funded research to create new, more dangerous pathogens is "successful," it may lead to the results being categorized as threats by Homeland Security, and then, in turn, to BARDA spending money on drugs to protect against the results its parent organization just helped fund. Ebright pointed to the resumption of avian flu research, and other recent HHS-funded research on a variant of SARS, as just some examples of the kind of threats that could potentially result in this kind of boomerang effect — although none so far have.

Asked about this concern, HHS said the two efforts — disease research and drug stockpiling — would not be impacted by each other. "The type of research BARDA supports would not be affected by the resumption of [avian flu] studies," said Robin Robinson, Ph.D., director of BARDA, in an email to The Verge. "There are no overlaps between these activities and BARDA’s medical countermeasure development programs under Project Bioshield and Pandemic Influenza Preparedness and Response." 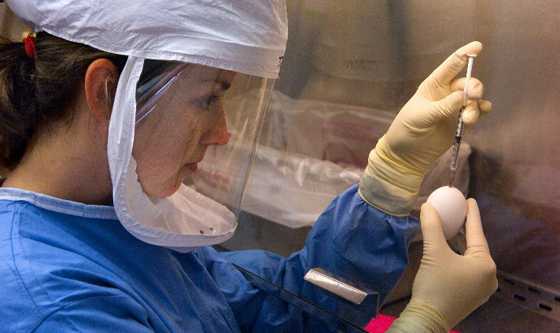 Whatever one makes of the current state of US biodefenses, it's fairly clear from all the available oversight documents — including those released by HHS itself — that the system could be far more efficient, well-organized and arguably safer. Kahn and Ebright lament the fact that there are few independent organizations reviewing the government's work in this persistently important arena, leaving it up to the government check itself. Ebright, for his part, thinks that the US would do well to appoint a "central biopreparedness czar," to coordinate these disparate efforts and make sure they aren't canceling each other out. BARDA, for its part, has attempted to solve one of its own issues — that only small companies have tried to fill the contracts for the drug stockpile — by creating new public-private partnership incubators designed to ramp up even more drug production in the next five years.

"I had hoped there would be a major change with the replacement of the Bush Administration."

"I had hoped there would be a major change with the replacement of the Bush Administration," Ebright said to The Verge. "The Obama campaign said all the right things about science-based policy. It's dismaying to see that they kept the same dysfunctional structures and programs in place for biopreparedness." Ultimately, the researchers sounding the alarm just hope that policy change rolls around by 2016, or sooner — before a threat emerges that we are unprepared to deal with.

"The other way that there would be a change is the one you hope never happens," Ebright said.