A new update to Pocket overhauls the read-it-later service's social features with a more robust experience. While you could previously share articles to Facebook, Twitter, email, and so on, the new version allows you to send links to specific Pocket-using friends, who'll then be alerted of it within the app (or via a push notification) in addition to receiving an email. There's also a new share menu that displays the services or friends that you've most recently sent links to.

Pocket says that its users share links over email more than twice as often as doing so via social networks, so the aim was to improve that side of things in particular. The update comes one year after Pocket rebranded itself from its former identity as Read It Later; it's available for the Pocket apps on iOS, Android, Mac, and the web. 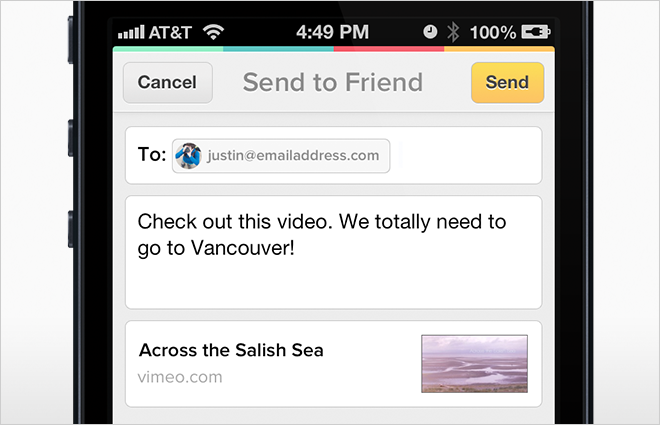